Chemical manufacturer 3M is allegedly hiding files that could shed light on the role former CEO and Chairman Lewis Lehr played as the company struggled internally to figure out how to deal with growing evidence its toxic chemical compound PFOS was widespread in the blood of the general U.S. population. 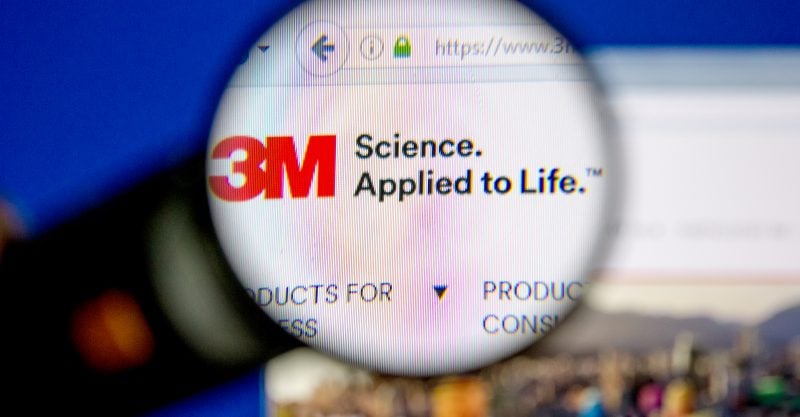 Chemical manufacturer 3M is allegedly hiding files that could shed light on the role that former 3M CEO and Chairman Lewis Lehr played years ago as the company was struggling internally to figure out how to deal with growing evidence that its toxic chemical compound PFOS was widespread in the blood of the general U.S. population.

According to a motion to compel filed Feb. 15 with the U.S. District Court in South Carolina by plaintiffs’ lawyers in sweeping multidistrict litigation, 3M has repeatedly failed to turn over Lehr’s files to the plaintiffs’ legal team despite multiple requests as part of court-ordered discovery.

Lehr “played a central role in business decisions related to investigating and reporting potential effects” associated with 3M’s PFOS products, the motion states. Lehr was CEO of 3M from 1979 to 1986 and was a member of its board of directors from 1974 to 1991.

3M has already provided the plaintiffs’ legal team with more than 756,700 documents as part of discovery, and nearly 30,000 of those date back to the period in which Lehr served as CEO, according to the motion.

It was during his tenure that 3M and Lehr “made the decision to not inform the EPA [Environmental Protection Agency] and instead to keep this important matter of public health a secret,” the motion alleges.

Some of what 3M has turned over are “seemingly irrelevant” documents from the late 1970s and early 1980s, demonstrating that the company has maintained files from that time period, according to the plaintiffs’ attorneys. But missing from the voluminous files, they say, are Lehr’s own files and records from that time frame.

3M claims that aside from a single notebook, no such files exist, according to the plaintiffs’ motion.

3M has not provided a “reasonable explanation” as to why it does not have the historical files for Lehr, the motion states.

“Rather than preserve evidence as a result of a clear contemplation of anticipated litigation, 3M appears to have actively attempted to re-write its history and/or purge incriminating evidence from its files,” the motion states.

The motion to compel is the latest move in a years-long pursuit by a litany of plaintiffs to hold 3M and other companies accountable for widespread contamination concerns connected to chemicals known as PFOS and PFOA, both part of an umbrella of thousands of compounds collectively referred to as per- and polyfluoroalkyl substances or PFAS.

Exposure to PFAS is associated with a range of health problems, including a heightened risk of developing cancer.

One new study, published this month in the journal Environmental Health Insights, found that residents of a southern New Hampshire community where the drinking water was contaminated with PFAS experienced a “significantly higher risk of at least 4 types of cancer” over a 10-year period.

Documents already obtained through litigation revealed that 3M knew for more than 40 years that its toxic PFAS chemicals were accumulating in animals and people.

“Contrary to this carefully crafted narrative, the truth was that 3M possessed this knowledge for more than 20 years, and had spent two decades actively hiding, distracting or misleading those outside of 3M about this important public health matter.”

PFAS are often referred to as “forever chemicals” because they do not naturally break down. In addition to cancer, some PFAS have been linked to birth defects, liver disease, thyroid disease, decreased immunity, hormone disruption and a range of other serious health problems.

On Wednesday, groups of firefighters in Massachusetts and New York filed new lawsuits alleging that 3M and several other companies put their health at risk by knowingly making and selling firefighting products containing PFAS.

Firefighters face PFAS exposure through the protective firefighting clothing they wear as well as the foam they use in fighting fires. 3M made a fire suppressant called “Aqueous Film Forming Foam.”

In October, the EPA announced a “strategic roadmap” it said would help address PFAS contamination issues.