A California woman who was a regular user of Monsanto’s Roundup weedkiller for more than 30 years is set as the next person to try to prove that exposure to the chemical causes non-Hodgkin lymphoma, a claim already won by plaintiffs in three previous trials. 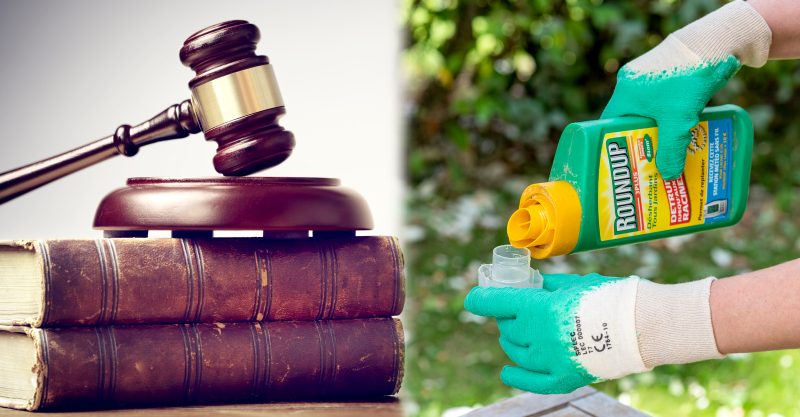 An elderly California woman who was a regular user of Monsanto’s Roundup weedkiller for more than 30 years is set as the next person to try to prove that exposure to the chemical causes non-Hodgkin lymphoma, a claim already won by plaintiffs in three previous trials.

The case of Donnetta Stephens v. Monsanto is set for trial July 19 in San Bernardino County Superior Court in California. Stephens from Yucaipa, California was diagnosed with non-Hodgkin lymphoma (NHL) in 2017 and has suffered from numerous health complications amid multiple rounds of chemotherapy since then. Because of her poor health, a judge in December granted Stephens a trial “preference,” meaning her case was expedited, after her lawyers informed the court that Stephens is “in a perpetual state of pain,” and losing cognition and memory.

Several other cases have either already been granted preference trial dates or are seeking trial dates for other plaintiffs, including at least two children, suffering from NHL the plaintiffs allege was caused by exposure to Roundup products.

Monsanto was purchased by Bayer AG in 2018 and is no longer a stand-alone company but is the named defendant in ongoing litigation, which began in 2015 after cancer experts consulted by a unit of the World Health Organization determined glyphosate, the active ingredient in Monsanto’s Roundup, is a probable human carcinogen with a particular association to NHL.

Some old evidence, some new

The Stephens case is expected to involve many of the same expert witnesses and same documents and deposition testimony that helped plaintiffs win the prior trials, said Stephens’ lawyer Fletch Trammell. Two new experts who have not testified previously in Roundup trials will be called, however, said Trammell. They are Barry Boyd, an oncologist from Yale Cancer Center, and Luoping Zhang, an adjunct professor of toxicology at the School of Public Health at the University of California, Berkeley.

Zhang is the lead author of a meta-analysis published in 2019 that determined research showed “a compelling link” between exposures to glyphosate-based herbicides, such as Roundup, and increased risk for NHL. The analysis found that people with high exposures to the popular pesticides have a 41% increased risk of developing NHL.

Monsanto has long maintained that there is no legitimate scientific research showing a definitive association between glyphosate and NHL or any type of cancer. A 2020 meta-analysis could be useful to Monsanto’s defense. That report concluded that there is “no overall evidence of an increased risk” for NHL “in subjects occupationally exposed to glyphosate.”

The Environmental Protection Agency has supported the safety of glyphosate products, saying the agency’s analysis of scientific evidence shows the chemical is “not likely” to cause cancer.

The company claims the scientists with the International Agency for Research on Cancer (IARC), who classified glyphosate as a probable human carcinogen, engaged in improper conduct and failed to give adequate weight to several important studies.

But the juries in the three prior trials found the evidence so overwhelming in favor of plaintiffs that they awarded the plaintiff in the first trial $289 million; the plaintiff in the second trial $80 million; and more than $2 billion to the husband-and-wife plaintiffs in the third trial. All the awards were reduced sharply by judges involved in the cases but the verdicts assigning blame to Monsanto for the cancers have not been overturned.

Bayer said last year that it had agreed to pay close to $11 billion to settle close to 100,000 Roundup cancer claims, but many law firms have dismissed the individual offers for their clients as insufficient, and they continue to press for more trials.

Additionally, Bayer has thus far failed to get court approval for varying proposals to try to create a class action settlement program for people who bring cancer claims in the future. After a stinging rebuke of its plans issued last month by a federal judge overseeing much of the litigation, Bayer said it is now considering pulling Roundup products from the U.S. market for residential users, though not from farm use.

There are thousands of plaintiffs still awaiting either settlement offers or trial settings, and as they wait, the deaths mount. Another woman who was granted a trial preference in a December court order, died only a month later, in January.

The last trial held concluded in May 2019. Since then several other trials have been scheduled but Monsanto settled each case before the trials started.

Trammell said so far Monsanto has not made any settlement offer for the Stephens case and has made only what he called “nuisance value” five-figure offers for other clients he represents.

“She used Roundup for over 30 years, and had heavy exposure,” Trammell said of Stephens. “There is no non-Hodgkin anywhere in her family tree. They are rolling out the same defenses and I think they’re going to lose on the same grounds.”

According to court filings, Stephens health has deteriorated significantly in the last year:

“Formerly, Ms. Stephens was an active individual who loved to tend to her neighbors’ gardens. Now, she can barely walk and must use a cane or walker to support herself. Her physician has informed her that she will need a wheelchair in the near future. Using her own words, Ms. Stephens describes the pain she experiences as though she is getting shot through with electricity.

“As this description reflects, the pain Ms. Stephens experiences is relentless, unabated, and all-consuming, causing this once former active individual to live her life in a perpetual state of fear of undertaking the simple task of movement.”

Bayer did not respond to a request for comment.

The case is Stephens v. Monsanto CIVSB2104801 in the Superior Court of California – County of San Bernardino.