A group of doctors and a Rhode Island state lawmaker are demanding answers from a top university after information emerged that appears to show that a student at the school was hospitalized early in the COVID-19 vaccination campaign after receiving a vaccine. 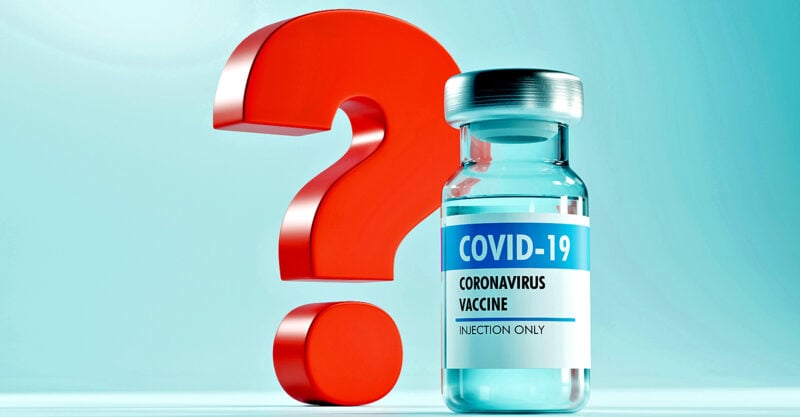 A group of doctors and a Rhode Island state lawmaker are demanding answers from a top university after information emerged that appears to show that a student at the school was hospitalized early in the COVID-19 vaccination campaign after receiving a vaccine.

Brown University, which mandated vaccines for all students, hasn’t informed its student body about the apparent hospitalization of the young male, which took place in March 2021, or other vaccine-related hospitalizations.

“Members of their own student body have contracted serious illnesses that are vaccination-induced that the university is not only not telling their students about, but they use coercion to make them take a vaccine that might be harmful to them,” state Rep. Patricia Morgan, a Republican, told The Epoch Times.

“And it’s not giving them a choice, not a realistic choice. ‘Here, either you take the vaccine or we’re gonna derail your future.’”

“How’s that for a choice? It’s just unethical.”

Morgan, in an Aug. 22 letter also signed by four doctors, asked Brown President Christina Paxson why the Ivy League university hasn’t acknowledged that the hospitalization occurred or shared the information with its mostly healthy population, asserting that the withholding “violates the ethics of risk/benefit-based informed consent, which applies to all vaccinations.”

She and the doctors are also calling for Brown to withdraw its vaccine mandate, in light of how many Americans have recovered from COVID-19 and have protection from reinfection and severe illness, as well as how newer variants of the virus that causes COVID-19 pose even less risk to young people.

Brown University and Paxson didn’t respond to requests for comments.

A Brown University student who was volunteering at The Miriam Hospital, an affiliate of the university’s medical school, was hospitalized in March 2021 after getting a COVID-19 vaccine, a doctor who’s listed as a professor at Brown University and a cardiologist at Lifespan, which runs the hospital, said in a phone conversation reviewed by The Epoch Times.

“He got vaccinated, and shortly after, had a very high troponin,” the doctor said.

Elevated troponin levels are a sign of myocarditis, pericarditis and myopericarditis, which are forms of heart inflammation.

“He got hospitalized my last night on call. I remember his parents were extremely concerned. I had administrators calling me from down south where his parents lived,” the doctor said.

A report lodged with the Vaccine Adverse Event Reporting System (VAERS), which health care providers are told to submit to in cases of post-vaccination adverse events, states that a 20-year-old male was hospitalized in Rhode Island on March 22, 2021, four days after receiving the second dose of Pfizer’s COVID-19 vaccine.

The male had elevated troponin and was diagnosed with myopericarditis, according to the report.

The Rhode Island Department of Health’s hospital database lists a male aged 20 from Florida being admitted in Rhode Island in March 2021 for acute pericarditis, ventricular tachycardia (another heart issue) and trouble breathing.

The 2021 data was obtained from the state by Dr. Andrew Bostom, a former Brown University professor of medicine who signed the letter to Paxson.

A study by Brown University cardiologists listed five cases of myocarditis within three days of receipt of a Pfizer or Moderna vaccine, including a 20-year-old who presented three days after receiving a second dose of Pfizer’s vaccine and had elevated troponin and was diagnosed with myopericarditis.

Records indicate that the male was discharged.

Brown University previously declined to comment when sent questions about the hospitalization.

“It would be a violation of federal law to provide information publicly on a specific student’s medical condition without consent,” a spokesperson told The Epoch Times.

A spokesperson for The Miriam Hospital previously didn’t answer the phone and sent an email in response to a voicemail message. That spokesperson then didn’t return emailed questions.

The doctor who spoke about the case confirmed to The Epoch Times that he was on call at the hospital at the time and that he did speak about the hospitalization, but walked back to his previous comments regarding the student’s vaccination status.

“I don’t know that,” he said when asked how he knew that the student had been vaccinated.

The doctor said the male was admitted with elevated troponin and that he assumed that the male had been vaccinated.

The apparent post-vaccination heart inflammation case of a student and other data points underline the need for rescinding the mandate, Bostom told The Epoch Times.

To back up the argument, Bostom noted that the U.S. Centers for Disease Control and Prevention’s updated guidance makes little differentiation between the unvaccinated and vaccinated, explicitly notes that people who have recovered from COVID-19 have protection against severe illness, and rolls back quarantine guidance.

Additionally, the University of Rhode Island has rescinded its COVID-19 vaccine mandate, as have colleges in other states.

“I just don’t think that there’s any rationale at this point for mass vaccination, particularly people who are low risk to even the ancestral strains,” Bostom said.

Zachary Stieber covers U.S. and world news. He is based in Maryland.