A California community college may be the first higher education institution to withdraw a planned COVID-19 vaccine mandate.

By a 5 to 3 vote, the board of trustees of San Joaquin Delta College voted on July 6 “to remove the vaccine mandates.” The board opted to “instead implement full social distancing and mask mandates as well as an advisal to faculty, staff and students to get their vaccines.”

The vote came nine days after Delta College had voted for a vaccine mandate.

For more than a decade, Joel Moskowitz, a researcher in the School of Public Health at UC Berkeley and director of Berkeley’s Center for Family and Community Health, has been on a quest to prove that radiation from cellphones is unsafe. But, he said, most people don’t want to hear it.

“People are addicted to their smartphones,” said Moskowitz. “We use them for everything now, and, in many ways, we need them to function in our daily lives. I think the idea that they’re potentially harming our health is too much for some people.”

The U.S. still has roughly 4,000 degree-granting postsecondary institutions, but the number has been shrinking for nearly a decade. Colleges acknowledge historically low birthrates — lower even than during the Great Depression — mean increasingly stiff competition for fewer students.

On the student side of the equation, academic advisors counsel their advisees to make their college decisions by figuring out “what’s important to them” and selecting schools that “align with those priorities.”

All Primary Health Employees Required to Get COVID Vaccine

Primary Health Medical Group announced Thursday that it is requiring all employees to get the COVID-19 vaccination, citing the safety of patients and other staff members.

Primary Health employees must be fully vaccinated for COVID-19 no later than Sept. 9, 2021, the medical group says. Limited medical exemptions to the policy will be considered based on the FDA’s vaccine contraindications list, the CEO of Primary Health said, while religious exemptions “may be considered.”

The number of legal challenges Google is facing continues to grow as a coalition of attorneys general from 36 states and the District of Columbia filed a lawsuit against the search giant on Wednesday alleging the company is engaged in anti-competitive behavior and monopolizing the Play Store.

Google is currently facing three other federal antitrust lawsuits, including one from the Justice Department that alleges the company’s dominant search engine has allowed it to become a “monopoly gatekeeper” of the internet. But Wednesday’s lawsuit is the first to challenge Google’s new policy to force all app developers who want to use the Play Store to pay a 30% commission on sales. The new policy from Google will go into effect in September.

“To collect and maintain this extravagant commission, Google has employed anti-competitive tactics to diminish and disincentivize competition in Android app distribution,” the lawsuit claims.

Karen Jo Young wrote a letter to her local newspaper criticizing executives at the hospital where she worked as an activities coordinator, arguing that their actions led to staffing shortages and other patient safety problems.

Hours after her letter was published in September 2017, officials at Maine Coast Memorial Hospital in Ellsworth, Maine, fired her, citing a policy that no employee may give information to the news media without the direct involvement of the media office.

But a federal appellate court recently said Young’s firing violated the law and ordered that she be reinstated. The court’s decision could mean that hospitals and other employers will need to revise their policies barring workers from talking to the news media and posting on social media.

During the height of the pandemic, two college administrators from Clemson University used phony ticket reservations to suppress attendance at a conservative student event and bragged about it on Facebook.

The event was limited in capacity because of COVID-19, and people had to reserve tickets from a smaller pool in advance.

Loyola Medicine to Mandate COVID Vaccine for Employees, Becoming One of the First Hospital Systems in Chicago to Require It

Loyola Medicine will require all of its employees and doctors to get COVID-19 vaccinations, the system announced Thursday, making it one of the first hospital systems in the Chicago area to make the vaccines mandatory.

The requirement will apply to those working at Loyola University Medical Center in Maywood, Gottlieb Memorial Hospital in Melrose Park and MacNeal Hospital in Berwyn as well as Loyola’s other locations. That includes 9,523 employees and 500 affiliated community doctors.

In June, Fight for the Future launched a scorecard detailing which universities plan to continue using harmful eProctoring apps like Proctorio, ProctorU, and Proctortrack, despite outcry from students and human rights organizations. Now, 19 organizations have published a letter calling on school administrators to ban the use of eProctoring.

Fight for the Future and 19 human rights, civil liberties, and youth advocacy organizations have published a letter calling on school administrators to ban eProctoring. The letter details serious concerns about eProctoring, including its invasive data collection, risk for academic harm, inefficacy at preventing academic dishonesty, and the potential to perpetuate racism and ableism. Signatories are calling for a complete ban on eProctoring technology in both university and K-12 settings.

“When the Senate returns to session, I will be introducing an immediate repeal of the mask mandate on planes,” Paul wrote on Twitter. “Enough!”

He added, “Time to stop this farce and let people travel in peace!”

Oahu restaurants and bars can now do away with social distancing if they ask their patrons for proof of vaccination or a negative COVID test.

Eateries that don’t must still keep a 6-foot distance between parties, limiting their capacity.

It wasn’t immediately clear, however, how many restaurants would jump at the chance to ask patrons for their vaccine cards or a COVID test. 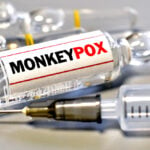 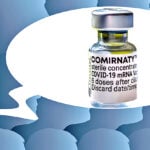 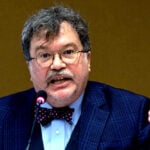 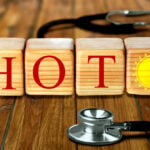 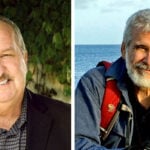 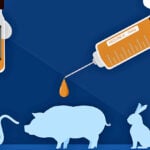