The stark rise in autism rates in the U.S. is difficult to ignore, but what’s driving the increase remains a mystery. 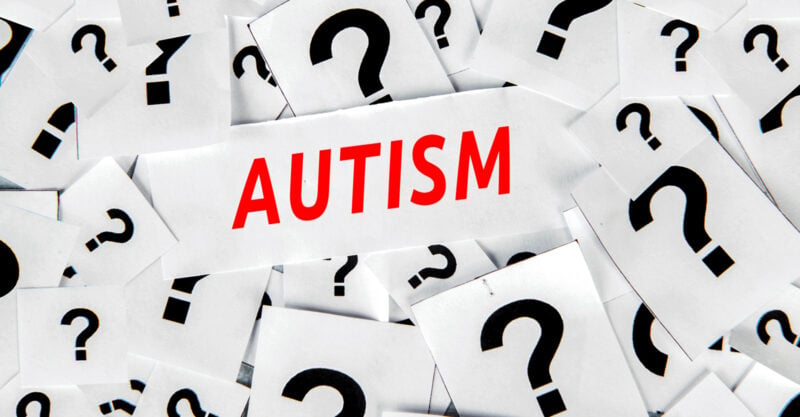 The U.S. Centers for Disease Control and Prevention puts out an estimated autism rate every four years, but the data looks primarily at higher-income families, which could lead to underestimates of the true autism rate.

“I think it’s stunning that there’s a statistically significant difference [showing] that the higher levels of autism are now being diagnosed in those with lower income,” said Brian Hooker, Ph.D., P.E., chief science advisor at Children’s Health Defense.

“It’s interesting because it’s something that we suspected all along, but we haven’t seen it quantified like this.”

It’s possible that the difference is showing up because more children in schools with lower-income demographics are being diagnosed with autism so they can access services, according to Children’s Health Defense, but it’s also known that lower-income families tend to have higher vaccination rates than higher-income families.

“You do have to wonder about vaccination rates because higher-income families tend to vaccinate less,” Hooker said.

The CDC denies any link between vaccines and autism, but in 2010, the federal vaccine court conceded that Hannah Poling’s autism was the result of vaccinations, which “significantly aggravated an underlying mitochondrial disorder, which predisposed her to deficits in cellular energy metabolism, and manifested as a regressive encephalopathy with features of autism spectrum disorder.”

Poling’s case was the first time the government acknowledged that vaccines could trigger autism, in this case due to an underlying mitochondrial disorder. In October 2020, a scientific review published in Seminars in Pediatric Neurology further outlined evidence that mitochondrial function may be related to autism.

The review’s author, Dr. Richard Frye with Barrow Neurological Institute at Phoenix Children’s Hospital in Arizona, pointed out that mitochondria are “very vulnerable to environmental factors” and a novel type of dysfunction of mitochondria “in which the activity of the electron transport chain is significantly increased … may be associated with environmental exposures.”

It appears something in the environment is triggering mitochondrial dysfunction in an ever-growing number of children, but the question is what?

Stephanie Seneff, a senior research scientist at the Massachusetts Institute of Technology, has been studying glyphosate, the active ingredient in Roundup herbicide, for years and believes it’s a probable risk factor for autism.

When I spoke with Seneff about her book “Toxic Legacy: How the Weedkiller Glyphosate Is Destroying Our Health and the Environment,” she explained:

“It’s been a decade of learning everything I could about glyphosate. When I first heard about it I basically dropped everything else I was doing because I was so confident that I had found the answer to the autism epidemic.

“That was the thing I was looking for. Back in 2012, I heard a two-hour lecture by Don Huber, and it changed my focus entirely.

“I already understood the symptoms of autism, a very complex disease — lots of gut problems and mineral issues — and it all came together with his lecture. Overnight I just started poring over all the papers I could find.

“Shortly after that I found Séralini’s paper, which had not yet been retracted at that time. It was later republished, the paper by Séralini, a French toxicologist who had shown that very low doses of glyphosate over the lifespan of a rat could cause a lot of damage.

“He pointed out that after three months, everything looked good, so it’s a slow kill. This is one thing I emphasize in my book. Glyphosate is subtle, and that’s really a huge problem because people don’t [make the connection]. We have diabetes, obesity, autism, Alzheimer’s. It’s a long, long list, all the gut problems.

“The microbes are being very much disturbed by the chronic poisoning with glyphosate, and then the gut becomes a central starting point for many diseases, including neurological diseases and arthritis. So, you see that disruption of the gut, and glyphosate can cause exactly the things that we’re seeing.”

Seneff believes glyphosate also contributes to and worsens damage caused by vaccines, in part because it binds very efficiently to aluminum used as an adjuvant in certain vaccines. It likely binds strongly to many other toxic metals as well.

The theory is that, by being wrapped up with glyphosate molecules, the metals can more easily penetrate various barriers in your body.

This is because glyphosate causes these barriers, such as your intestinal barrier and your blood-brain barrier, to become more porous. And, as leaky gut or leaky brain set in, the toxic metals are shuttled across, along with the glyphosate.

Glyphosate has also been shown to accumulate in the brain, and animal studies show it causes neuro excitotoxicity due to excess glutamate in the brain. This, in turn, “is absolutely connected to autism,” Seneff says.

Adding support to the toxic exposures link to autism is a September 2020 meta-analysis, which concluded there is a significant relationship between autism and concentrations of lead and mercury in the body.

According to the authors, the relationship between mercury and autism is so strong that “the concentration of mercury can be listed as a pathogenic cause (disease-causing) for autism.”

Despite being a known neurotrophic toxin, thimerosal, a mercury-based preservative, was long used in certain vaccines. While it has been removed from most childhood vaccines, it is still used in some multidose vials, meaning vials that contain more than a single dose of the vaccine.

“Autism spectrum disorder (ASD) has been demonstrated to be accompanied by distorted metal homeostasis. The degree to which people are affected by the metals seems to be largely influenced by the individual genetic makeup.

“Especially Hg [mercury] exposure has become a suspected causative factor for many pathological conditions, and several sources of exposure to Hg compounds can be listed, including dental amalgam fillings, seafood, vaccines and increasingly from energy saving light bulbs as well.”

Today, the most commonly used vaccine preservative is aluminum, not thimerosal; according to a 2018 study, people with autism were found to have high amounts of aluminum in their brains, with researchers noting, “The aluminum content of brain tissue in autism was consistently high.”

Tylenol use also linked to autism

Even acetaminophen, brand name Tylenol, among others, which many consider to be completely innocuous, is linked to autism.

Compared to children of mothers with the lowest acetaminophen burden during pregnancy, children of those in the second tertile had a 226% higher risk of being diagnosed with ADHD, and a 214% higher risk for an ASD diagnosis, by the time they were about 10 years old (average age 9.8 years).

A 2016 Spanish investigation published in the International Journal of Epidemiology also found children whose mothers used acetaminophen during pregnancy were 41% more likely to present with ADHD symptoms at age 5 while boys were also more likely to have ASD.

A 2017 study even claims “The use of acetaminophen in babies and young children may be much more strongly associated with autism than its use during pregnancy, perhaps because of well-known deficiencies in the metabolic breakdown of pharmaceuticals during early development.”

A combination of factors is likely at play in the development of this complex disorder. In addition to vaccines and glyphosate, other environmental exposures potentially linked to autism include:

Unfortunately, even as it becomes clear that environmental factors likely play a role in autism, not enough is being done to uncover what those factors are and bring awareness to autism as an “environmentally induced illness.”

Many, like Dr. Marc Siegel at the New York University Grossman School of Medicine, continue to blame the rise in autism diagnoses on parents being more aware of autism signs in their children, but even he acknowledged, “there’s also probably something that women are exposed to in the womb that we don’t yet know about that could be causing it.”

But as noted by Kim Rossi, managing editor of Age of Autism:

“Autism numbers continue to rise unabated. But no one is really concerned … Notice how Siegel alludes to ‘something women are exposed to in the womb’ which is ‘probably’ also a factor. After thirty years of exploding autism statistics, we’re still totally uninterested in what that ‘something’ might be.”