Pregnant women are being exposed to increasing amounts of dangerous industrial chemicals including pesticides, plastics, parabens, phthalates and bisphenols, according to research published this week in Environmental Science and Technology. 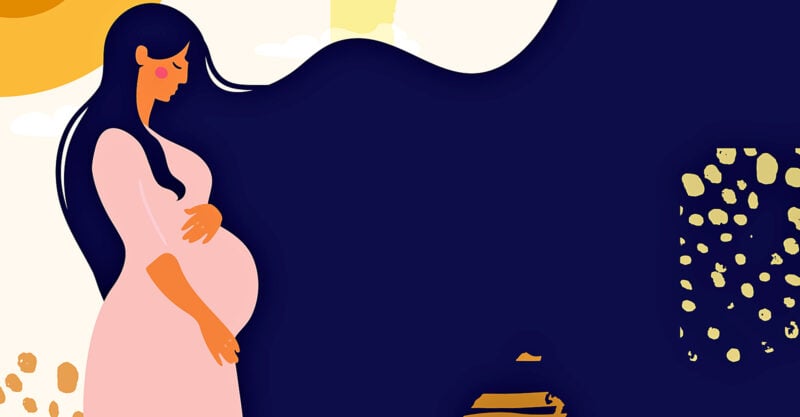 Pregnant women are being exposed to increasing amounts of dangerous industrial chemicals, according to research published last week in Environmental Science and Technology.

The chemicals in question include pesticides, plastics and parabens, as well as “replacement chemicals” for substances like phthalates and bisphenols that have gained notoriety for risks to public health.

With a range of scientific data highlighting chemical exposures during pregnancy as a critical window of vulnerability, public awareness of these growing threats, and meaningful action by government regulators to reduce exposure is needed.

The results of this study follow the release of data last year finding more than 100 different chemicals in U.S. pregnant women’s blood and umbilical cord samples.

For the present study, however, researchers did not merely detect these chemicals, they tracked exposure levels over the course of 12 years.

The cohort of 171 women represents a diverse group from seven American states and territories (including New Hampshire, New York, Puerto Rico, Illinois, California and Georgia), with 20% of women participating Black, one-third white, 40% Latina and the remaining from other or multiple groups.

Over the course of the study, routine monitoring was conducted utilizing an advanced diagnostic method that permits the analysis of dozens of chemicals from a single urine sample.

Of the 103 chemicals reviewed, more than 80% is detected in at least one woman enrolled in the research. One-third of the compounds are found in more than 50% of women. In particular, the study finds that many women have levels of neonicotinoid insecticides in their urine.

Although widely known for their hazards to pollinators, a range of data over the last decade has pointed to concerning impacts on human development from prenatal exposure.

The body burden of these hazardous chemicals is disproportionate among women of different races and backgrounds.

Higher exposure amounts are seen in non-white women, those with less education, and pregnant women who are single. Researchers also note that Latinas encountered higher levels of parabens, bisphenols, and phthalates.

“While pesticides and replacement chemicals were prevalent in all women, we were surprised to find that Latinas had substantially higher levels of parabens, phthalates and bisphenols,” said Jessie Buckley, Ph.D., associate professor at Johns Hopkins Bloomberg School of Public Health and first author of the study.

“This could be the result of higher exposures to products with chemicals, such as processed foods or personal care products.”

These data line up with recent research showing that Black, Indigenous and People of Color communities are exposed to pesticides at disproportionately higher rates than other communities.

Beyond these exposures, current laws result in weaker protection of these communities, including elevated risk factors for pesticide-induced illness, toxic housing and poor enforcement even when problems are identified.

Overall, many of the chemicals detected are found in higher amounts than in previous studies in the peer-reviewed literature.

“This is the first time we’ve been able to measure the amounts of chemicals in such a large and diverse group of pregnant women — not just identify chemicals,” said Tracey J. Woodruff, Ph.D., professor and director of the UC San Francisco Program on Reproductive Health and the Environment and co-director of the UCSF EaRTH Center, and the senior author of the study.

“Our findings make clear that the number and scope of chemicals in pregnant women are increasing during a very vulnerable time of development for both the pregnant person and the fetus.”

Sleep problems one may be having now can be precipitated by chemical exposure at the start of one’s life, causing life-long disruption.

But this type of otherwise inscrutable health problem that individuals live with is only one example.

Exposure during pregnancy can increase the probability of childhood ear infections, risking hearing loss that can set back childhood development and change the course of an individual’s life.

ADHD is yet another example, with pregnant mothers who have used insecticides at 98% increased odds of having children with ADHD scores in the 90th percentile.

Exposures can likewise result in a range of health impacts. Research finds that early exposure to pesticides in the womb increases the risk of the rare fetal disorder holoprosencephaly.

This disorder prevents the embryonic forebrain from developing into two separate hemispheres.

Pesticides can result in early births and low birth weight, and evidence is growing that glyphosate in particular is a primary contributor to this phenomenon.

Whether it be acute childhood leukemia (see coverage of another study on this health outcome here), nephroblastoma kidney cancer, or brain tumors, the data is consistent and incredibly concerning.

While peer-reviewed science continues to sound the alarm, federal regulators at the U.S. Environmental Protection Agency continue to allow harmful exposures to continue, and in some cases permitted increases in application rates of chemicals linked to prenatal and early childhood health impacts, like the pyrethroid class of insecticides.

Join Beyond Pesticides in efforts to reform the core principles of pesticide law in the United States by urging your Senator to cosponsor Sen. Cory Booker’s Protect America’s Children from Toxic Pesticides Act.

For more information on the hazards pesticides pose to pregnant women and young children, see Beyond Pesticides’ webpage on the Hazards of Pesticides for Children’s Health, as well as the Pesticide Induced Diseases Database.