1st Lt. Mark Bashaw is charged under Article 92: Failure to Obey an Order, for his failure to take a medical test, wear a mask and leave the workplace for telework. His case will be heard April 28 - 29 at the Army Public Health Center at Aberdeen Proving Ground. 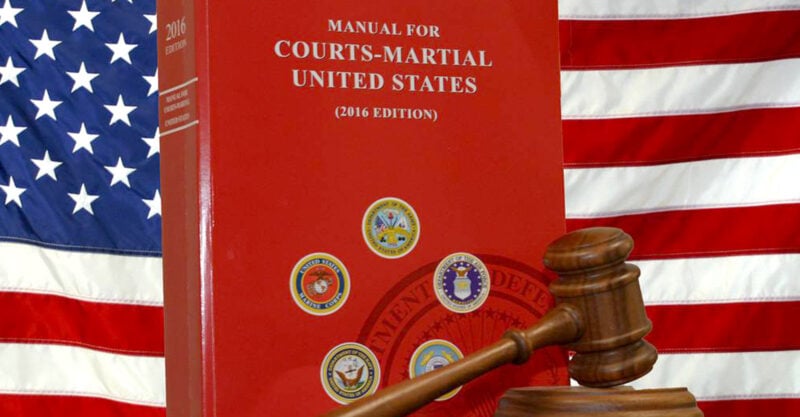 An Army lieutenant in Maryland is facing a court-martial for his refusal to comply with COVID-19 testing and masking requirements.

The defendant, 1st Lt. Mark Bashaw, is being charged under Article 92: Failure to Obey an Order.

The charges are threefold: failure to take a medical test, failure to wear a mask and failure to leave the workplace for telework.

Bashaw enlisted in the U.S. Air Force in January 2006. He has 16 years of active service and served tours in Japan, the Republic of Korea, Germany, Africa, the Middle East and Central America.

Bashaw enlisted as a private, was promoted to a senior non-commissioned officer, and ultimately received a direct commission to become an Army officer in 2019. This is a rare achievement in the military.

Military History Now says of officers who rise from the ranks:

“The U.S. military calls them ‘mustangs’ — ordinary soldiers who’ve risen from the ranks of the enlisted to join the officer corps. Seen as something of a left-handed compliment, the very term suggests that unlike those born and bred for positions of leadership, grunts that come up from the barracks hall somehow lack the poise and pedigree of typical officers — they’re rough around the edges, kind of like wild horses.”

Bashaw: ‘I knew something was wrong’

Bashaw was commissioned in the U.S. Army Medical Service Corps (MSC) in September 2019 as a preventative medicine officer and stationed at the Army Public Health Center in January 2020. He served as the Headquarters Company Commander from May 2020 to July 2021.

His specialty is entomology, and as an MSC officer, his duties include investigations to determine risks caused by non-battlefield-related injuries.

Bashaw repeatedly requested consideration of COVID-19 prophylactic treatments for Army personnel. In July 2020, he inquired about the benefits of hydroxychloroquine (HCQ).

In September 2021, he inquired again about HCQ as well as ivermectin, zinc, vitamin D and vitamin C.

The chain of command responded by saying there were no benefits in these prophylactic treatments and claiming only the vaccines were recommended for COVID.

He reported in an affidavit, “I started to see the numbers and deaths climb. I knew something was wrong.”

Long recommended to the U.S. secretary of defense that all vaccinated pilots be grounded until they could be medically evaluated.

Bashaw questioned why the leaders at the APHC were not pushing down risk mitigation information to the units, and why instead officers at the tactical level were impeded from pushing up adverse health outcome reports.

Bashaw requested the APHC update its COVID Risk Communication Strategy for Mandatory Vaccination to include VAERS reports with quantitative death and disability data, and qualitative data of the severe adverse events reported by LTC Long.

The APHC refused to acknowledge the severe reactions and deferred the responsibility to the Defense Health Agency (DHA), Immunization Healthcare Division. The DHA, which is primarily a civilian organization, hires civilian healthcare professionals to serve military members.

The APHC and the entire U.S. Department of Defense (DOD) medical system are transitioning to be under the organizational leadership of DHA.

As a result, we believe DHA’s loyalty to the medical industry — and not the armed forces — interferes with the risk-assessment process in the traditional chain of command.

Bashaw confirmed with DHA that VAERS is the credible database for reporting vaccine injuries. He requested again that APHC update its COVID Risk Communication Strategy for Mandatory Vaccination to include the VAERS data which, as of October 2021, reported 17,128 deaths and 818,044 adverse events related to the COVID vaccine.

His requests were ignored.

The chain of command retaliates

In November 2021, Bashaw was ordered to start COVID testing twice a week because he was unvaccinated and awaiting a religious accommodation.

We believe this policy was used to coerce and shame the unvaccinated soldiers under the guise of protecting the health of the force.

Previously, Bashaw was able to thwart discrimination arising from his unvaccinated status, as all soldiers were treated equally regardless of their choice. Bashaw quickly realized the tactics afoot and began researching his rights regarding EUA products.

He asserted his right to decline not only the EUA drug but also the EUA medical tests and EUA masks. He explained to his chain of command that these were unlawful orders, violations of his privacy and discrimination based on his request for religious accommodation.

The General Court Martial Convening Authority dismissed his Article 138 complaint as “not an appropriate matter for further examination.”

Bashaw was ordered to work from home, received negative counseling forms, had his security badge revoked and his security clearance suspended. He was restricted from accessing his place of duty and had his records flagged (barring his promotion to captain in December).

The charges against Bashaw are unprecedented. Furthermore, a military officer cannot supervise subordinate soldiers while working offsite or remotely.

The DOD, which cannot, practically speaking, implement these COVID risk mitigation strategies (masking, testing and telework) in a combat theater, will have the burden to convince a judge that it has a compelling interest to violate EUA laws to implement such policies for daily operations and training exercises in garrison.

The denial of religious accommodation may be secondary to the violation of EUA laws under the U.S. Food and Drug Administration.  One does not need to be of religious conviction to claim the right to refuse voluntary EUA medical products.

This court-martial will garner unwanted public attention for the DOD.

According to Bashaw’s affidavit, and information provided by Long, the hearing and witnesses could publicize that while an estimated 100 service members have died of COVID, thousands more have died from suicide and COVID vaccines.

These deaths are unpublicized epidemics and a greater threat to mission readiness than is COVID.

Further, the FDA-approved Comirnaty vaccine is not produced in the U.S., and service members have been coerced into taking Pfizer-BioNTech or Moderna vaccines under a fraudulent bait-and-switch mandate.

He claims to hold evidence that the DMED was altered to conceal the increases exposed at Johnson’s military vaccine mandate panel on Jan. 24.

Bashaw is resolute in his faith and his understanding of his rights. This “mustang” officer is motivated by the survival of his fellow soldiers, not by the preservation of his Army career.

Bashaw is a self-proclaimed optimist, and this is evident in his March 24 appeal memorandum to religious accommodation:

“Jesus Christ allows me to walk through the valley of the shadow of death. On 16 December 2021, President Joe Biden stated, ‘For the unvaccinated, we are looking at a winter of severe death and illness.’ Officially, we are currently three days into spring, and I am still alive. Glory to God. God Bless and Much Love.” 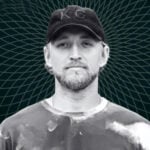 Alec Zeck is a graduate of West Point, Army veteran, podcast host of The Way Forward and founder of Health Freedom for Humanity.