664 Reports of Myocarditis in 5- to 17-Year-Olds After COVID Shots, VAERS Data Show

VAERS data released Friday by the Centers for Disease Control and Prevention included a total of 1,195,396 reports of adverse events from all age groups following COVID vaccines, including 26,059 deaths and 211,584 serious injuries between Dec. 14, 2020, and March 18, 2022. 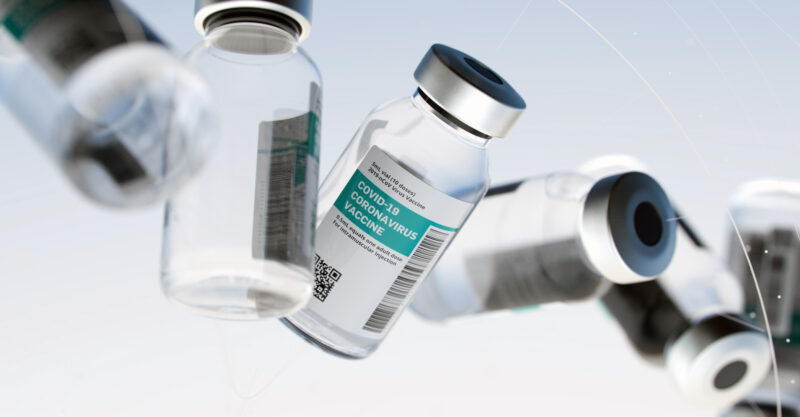 The Centers for Disease Control and Prevention (CDC) today released new data showing a total of 1,195,396 reports of adverse events following COVID-19 vaccines were submitted between Dec. 14, 2020, and March 18, 2022, to the Vaccine Adverse Event Reporting System (VAERS). VAERS is the primary government-funded system for reporting adverse vaccine reactions in the U.S. 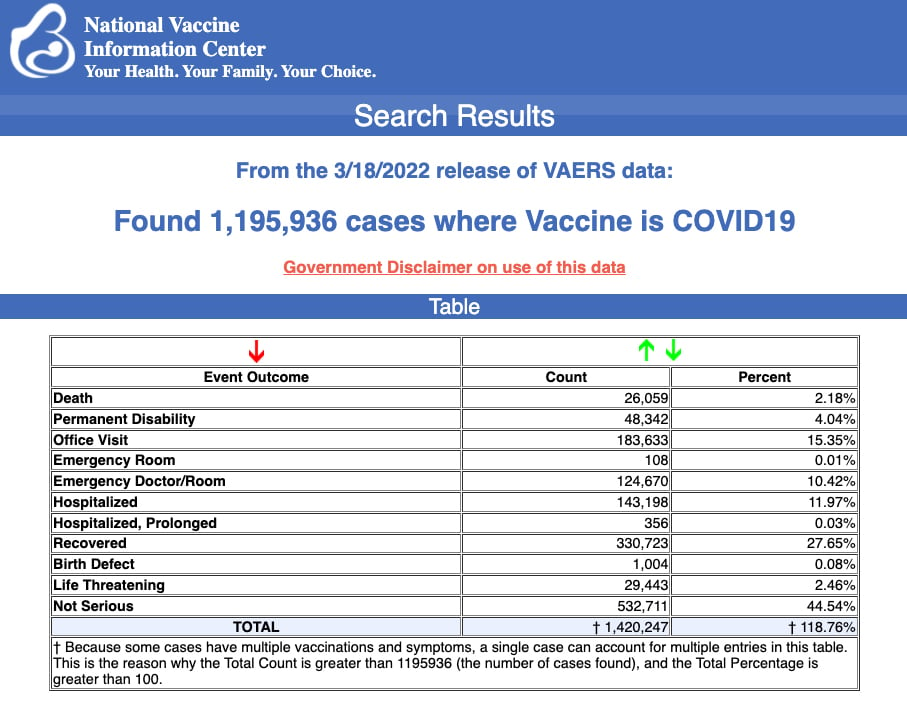 “Sudden suicide one week after the vaccine. Patient was a perfectly happy child. After the vaccine, he became much more tired and achy and lost interest in doing his sports. One week later, without any warning, he hung himself.”

An Australian mother is calling for long-term studies on mRNA COVID vaccines and better advice for parents after her 12-year-old son was hospitalized for pericarditis just hours after getting the Moderna shot.

The mother, referred to in the media only as “Nat,” vaccinated her son despite being hesitant about the long-term health risks because she believed she was doing the right thing. But within seven hours of being vaccinated, her son was unable to sit or lie down without severe chest pain and complained of breathing difficulties.

ER doctors confirmed Nat’s son had pericarditis, a condition characterized by inflammation of the membrane around the heart.

Nat said she was angry because she was hesitant about giving him the vaccine, but still chose to vaccinate him anyway. Now, she wants the federal government to present better information to parents on the risks of COVID vaccines to help them make a more informed choice on whether to immunize their children.

The CDC on March 15 removed from its data tracker website tens of thousands of deaths attributed to COVID, including nearly a quarter of the deaths attributed to children. The CDC said it made adjustments to the mortality data because its website’s algorithm was “accidentally counting deaths that were not COVID-19-related.”

The change resulted in the removal of 72,277 deaths previously reported across 26 states, including 416 pediatric deaths — a reduction of 24% to 1,341, the agency said.

According to The Guardian, the error arose from two questions the CDC asks states when they report COVID fatalities. One data field asks if a person died “from illness/complications of illness,” and the field next to it asks for the date of death.

The agency said once it discovered the problem, it corrected it, but it is unknown how long inaccurate COVID deaths were reported.

The CDC’s COVID statistics, used to justify which age groups should receive vaccines, were used by U.S. health agencies to support the authorization of Pfizer’s COVID vaccine for children 5 to 11 years old.

Moderna on March 23 announced plans to request Emergency Use Authorization (EUA) for its pediatric COVID vaccine, citing preliminary data showing the two-dose regimen was safe for children under age 6, but may not be effective at reducing severe COVID.

The company released partial results from its two pediatric clinical trials in 6,900 children showing the mRNA shots were only about 44% effective at preventing symptomatic infection in children 6 months to 2 years old, and only 37% effective in children aged 2 to 5.

The company said the majority of COVID cases observed were mild and no severe disease, hospitalizations or deaths were reported among any of the children who participated in the trial, making it impossible to detect the vaccine’s protective effect against the worst outcomes.

Moderna did not report details on types of side effects except for data on children who experienced fevers. The company said about 15% of children had fevers higher than 100.4 degrees, and 1 in 500 experienced a fever higher than 104 degrees.

However, data show the vaccine may not be effective at reducing severe COVID in children, who make up only a small percentage of SARS-CoV-2 infections — most of which are asymptomatic and mild.

A small study conducted by Researchers at Sheba Medical Center in Israel found efficacy of a fourth dose of Pfizer and Moderna COVID vaccines resulted in only marginal protection from SARS-CoV-2 infection.

According to the study, published in the New England Journal of Medicine, a fourth Pfizer dose showed 30% efficacy in preventing infection and Moderna’s fourth dose showed only 11%.

However, these efficacy numbers fall short of the required 50% threshold required by the FDA for EUA products in the U.S.