Researchers at the University of Houston this week announced the development of an anti-fentanyl vaccine designed to block fentanyl’s ability to enter the brain — and thus block its ability to create a “high.” 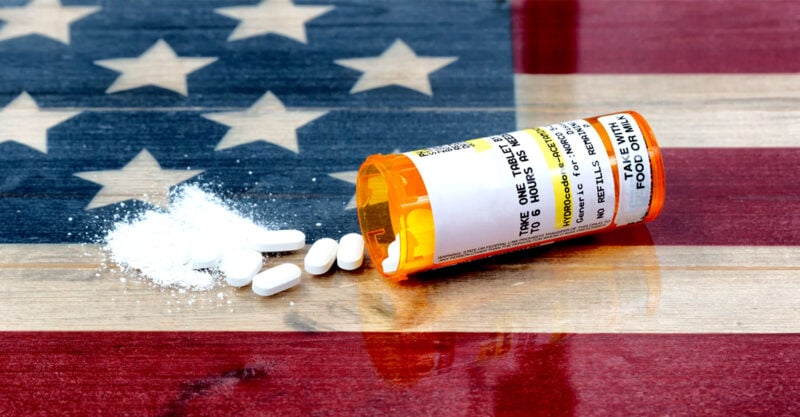 Stanley Kubrick’s “A Clockwork Orange” features an experimental treatment — the Ludovico Technique — used to change the behavior of a young man who was addicted to sex and violence.

Soon, we’ll have a vaccine designed to change human behavior — in real life.

A team of nine researchers led by the University of Houston (UH) this week announced the development of an anti-fentanyl vaccine. The vaccine is designed to block fentanyl’s ability to enter the brain — and thus block its ability to create a “high.”

According to a study in the journal Pharmaceutics, the research team tested 60 rats, 28 of which received the three-dose regimen of the vaccine.

The researchers plan to start phase 1 trials of the vaccine on humans in 2023, according to the Daily Mail. They also will soon begin manufacturing clinical-grade vaccine.

The UH study “could have major implications for the nation’s opioid epidemic by becoming a relapse prevention agent for people trying to quit using opioids,” according to lead author Colin Haile, M.D., Ph.D., a research associate professor of psychology at UH and the Texas Institute for Measurement, Evaluation, and Statistics, and founding member of the university’s Drug Discovery Institute.

But others took a different view.

Robert F. Kennedy, Jr., chairman and chief legal counsel for Children’s Health Defense, pointed out what he said is the hypocrisy and potential profit motive underlying the vaccine’s development.

“The same people who flooded the country with fentanyl hope to make additional billions on vaccines that will supposedly solve the problem they caused. This is a tried-and-true business model for Big Pharma. You can’t make this stuff up.”

Kennedy, who said the vaccine is “unlike anything before it,” questioned the use of vaccines to change human behavior:

“Here they are talking about a three-course vaccine regimen to be administered to people so that they will not have the full effect from fentanyl they ingest.

Referring to the research team’s claim that “we’re usually vaccinating people against [viruses], but here we are vaccinating a person against a chemical,” Kennedy said:

“Since taking fentanyl is a choice … the utility of this vaccine would mostly derive from forcing someone to take it. This is so flawed at its foundation as to be comical, like lots of this stuff involving vaccines.

“I can see it clear as day: minorities and the poor, who are the people most affected by fentanyl abuse, being forced to take a three-injection vaccine.”

Indeed, Haile told the Daily Mail that one of the potential uses of this vaccine would involve “a parent forcing their child to get vaccinated before going off to college to protect them in case they ‘experiment.’”

According to the UH officials, PASA “has funded Haile’s lab for several years to develop the anti-fentanyl vaccine.”

PASA’s Programmatic Panel includes a who’s who of U.S. government and military officials, including members from the National Institutes of Health (NIH), the Defense Health Agency, the U.S. Department of Veterans Affairs and various health and research-related divisions of the U.S. Army, Navy, Air Force and Marines.

PASA members include researchers from institutions such as the Yale School of Medicine, the University of Kentucky, the Baylor College of Medicine, the Scripps Research Institute and eight pharmaceutical companies.

In 2020, the Scripps Research Institute received a $50 million grant from the Bill and Melinda Gates Foundation “to advance therapies for tuberculosis, malaria and other global challenges,” as part of a broader $135 million “commitment” from the Gates Foundation to the institute through 2024.

Haile’s employer, the Texas Institute for Measurement, Evaluation, and Statistics, lists the NIH, the Centers for Disease Control and Prevention (CDC), the DOD, the U.S. Department of Education, the National Science Foundation and the National Institute of Child Health and Human Development among its sponsors.

How the vaccine works

Fentanyl binds to opioid receptors in the brain, in areas that control pain and emotions. This can cause feelings of numbness, euphoria and sedation.

A fentanyl overdose can lead to the brain being starved of oxygen, which kills neurons and can cause severe and sometimes permanent brain damage. This may eventually lead to a decrease in the sensitivity of these receptors.

Taking fentanyl ultimately becomes the only way someone can achieve euphoria, which then leads to addiction.

An estimated 150 people per day die in the United States from overdoses of fentanyl and other opioids, according to the CDC.

The UH researchers claim their vaccine blocked fentanyl from entering the brain without affecting other types of painkillers, such as morphine. This means an individual who receives the vaccine could still receive other painkillers if needed.

The vaccine stimulates T-cells in the immune system, leading it to create antibodies that bind to fentanyl circulating in the bloodstream. According to the researchers, this prevents the fentanyl from spreading further, as it gets processed in the kidney and flushed out of the body.

Haile told the Daily Mail that while the body creates its own antibodies against fentanyl, they are “not enough to totally negate it.”

The 28 rats in the study’s experimental group received three doses of the vaccine, in three-week intervals. They were then exposed to doses of fentanyl: 0.05 milligrams for every kilogram of their weight.

According to the study, in tests that followed, researchers placed the rats on a heating plate as it was warming up and gradually applied heat to their tails.

The vaccinated rats did not develop antibodies to other painkillers, such as morphine and oxycodone.

The researchers also said blood and brain samples taken from the rats indicated high levels of antibodies beginning in week four of the study, and no traces of fentanyl in the brain. The vaccine did not lead to adverse side effects in the immunized rats, the study’s authors said.

The vaccine uses an altered form of fentanyl’s molecule as its base, and a protein derived from E. coli, known as dmLT, as an adjuvant.

According to the Daily Mail, fentanyl was initially developed as a painkiller for use in hospitals, but it became favored by drug dealers due to its low manufacturing cost and high potency.

The UH officials said fentanyl is often added to street drugs and other opioids, such as cocaine, methamphetamine, oxycodone, hydrocodone/acetaminophen pills and to drugs such as Xanax.