The retail chain faces billions of dollars in penalties from a lawsuit filed yesterday by the DOJ. But CHD’s Mary Holland says that because the action holds no individuals liable for criminal behavior, it’s unlikely to have much long-term impact. 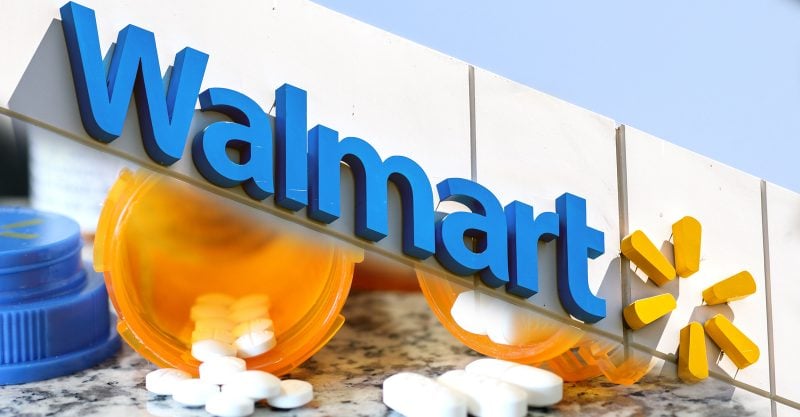 The U.S. Department of Justice (DOJ) Tuesday sued Walmart for allegedly committing hundreds of thousands of violations of the Controlled Substances Act by unlawfully dispensing  controlled substances throughout the height of the prescription opioid crisis.

The Justice Department seeks civil penalties — which could total in the billions of dollars — and injunctive relief, according to a statement issued yesterday.

“It is welcome news that the Department of Justice is taking this action against Walmart for its role in the opioid epidemic, especially as opioid overdose deaths are accelerating” said Mary Holland, general counsel for Children’s Health Defense (CHD). “Sadly, though, this case is too late for the more than 750,000 people in the U.S. who died of drug overdoses since 1999.”

Jeffrey Bossert Clark, the assistant attorney general of the DOJ’s Civil Division, said, “It has been a priority of this administration to hold accountable those responsible for the prescription opioid crisis.  As one of the largest pharmacy chains and wholesale drug distributors in the country, Walmart had the responsibility and the means to help prevent the diversion of prescription opioids.”

But CHD’s Holland said that because the lawsuit seeks only monetary damages and holds no individuals liable for criminal behavior, it is unlikely to have much long-term impact.

“The pharmaceutical industry and its distributors and dispensers, like Walmart, likely will continue to engage in illegal but profitable activities as part of their business model until they bear true individual liability for wrongdoing,” Holland said.

In May 2020, the U.S. recorded the highest number of overdose deaths ever in any 12-month period, according to the Centers for Disease Control and Prevention.

“The current pandemic has only made an already terrible situation worse,” Holland said.

The 169-page complaint filed Tuesday alleges that Walmart-owned pharmacies “knowingly filled thousands of controlled substance prescriptions that were not issued for legitimate medical purposes … and that it filled prescriptions outside the ordinary course of pharmacy practice.”

According to theDOJ, Walmart received “hundreds of thousands of suspicious orders that it failed to report” as required by the Drug Enforcement Administration.  Together, the complaint alleges, these actions helped to fuel the prescription opioid crisis.

If Walmart is found liable for violating the CSA, it could face civil penalties of up to $67,627 for each unlawful prescription filled and $15,691 for each suspicious order not reported. The court also may award injunctive relief to prevent Walmart from committing further violations of the Controlled Substances Act, the DOJ said.

In a statement, Walmart said, in part:

“The Justice Department’s investigation is tainted by historical ethics violations, and this lawsuit invents a legal theory that unlawfully forces pharmacists to come between patients and their doctors, and is riddled with factual inaccuracies and cherry-picked documents taken out of context. Blaming pharmacists for not second-guessing the very doctors the Drug Enforcement Administration (DEA) approved to prescribe opioids is a transparent attempt to shift blame from DEA’s well-documented failures in keeping bad doctors from prescribing opioids in the first place.”

The action likely didn’t take the retail giant by surprise — the New York Times reported yesterday that the company had “preemptively denied the charges in October in a suit against the Trump administration, saying that the government was using the company as a scapegoat and blaming the opioid crisis on the federal government’s own weak enforcement.”