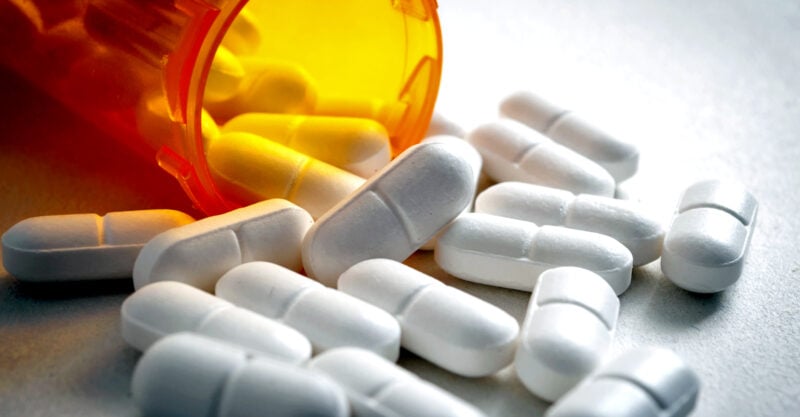 The ruling by U.S. District Judge Charles Breyer in the non-jury trial means that Walgreens can be held liable for much of the California city’s opioid epidemic. Breyer said he will hold another trial to determine Walgreens’ liability, the San Francisco Chronicle reports.

“Walgreens pharmacies in San Francisco dispensed hundreds of thousands of red-flag opioid prescriptions without performing adequate due diligence,” Breyer wrote in his ruling, which stems from the City and County of San Francisco v. Purdue Pharma case — popularly known as the Opioid Trial — which is classified as a “bellwether case” by federal courts due to its potential nationwide implications.

Walgreens was the only company that did not reach a settlement with the city.

“The evidence showed that Walgreens did not provide its pharmacists with sufficient time, staffing, or resources to perform due diligence on these prescriptions,” wrote Breyer.

Peter Mougey, an attorney representing San Francisco and other municipalities in opioid lawsuits, told The Washington Post that “Walgreens has hidden, covered up and run from the truth throughout the entirety of this five-year litigation.”

Big news. Congratulations @DavidChiu @SFCityAttorney.
“Walgreens “substantially contributed” to San Francisco’s opioid epidemic by failing to perform due diligence on prescriptions that flooded into the city for 15 years, a federal judge has found.”https://t.co/V8byiObmqf

“Walgreens knew its system to detect and stop suspicious orders was nonexistent but continued to ship opioids at an alarming pace to increase profits,” added Mougey. “San Francisco is now one step closer to starting the healing process.”

“Opioid overdoses, including heroin and fentanyl, have skyrocketed in San Francisco, where there was a 478% increase in those deaths between 2015 and 2020, climbing to 584, according to data from the city. Opioid-related emergency room visits tripled at the same time, at nearly 3,000 in 2020 …

“During the trial, city officials testified about the extent that the crisis infiltrated everyday life. Needles were removed from the city’s parks ‘like changing out the toilet paper in the restrooms,’ a park ranger said. When paramedics respond to someone who has no pulse and is not breathing, they assume it’s an opioid overdose.”

According to the Chronicle:

“Between 2006 and 2020, Walgreens distributed more than 100 million prescription opioid pills to pharmacies in San Francisco while failing to take actions to identify suspicious prescriptions or prevent their illegal and harmful use …

“San Francisco also sued seven drug manufacturers and distributors but settled its claims against them for $120 million. The companies are Allergan, Teva, Endo Pharmaceuticals, and Johnson & Johnson and its three distributors, McKesson, Cardinal, and AmerisourceBergen.”

“There is no amount of money that will bring back the lives lost. There’s nothing that we’re going to be able to do to reverse that tragedy, but our city continues to need resources to adequately address suffering on our streets and the tragedies that continue with that.”

In an interview with The San Francisco Standard, Chiu noted:

“This is the first bench trial that has found against Walgreens, and I think it’s reflective [of] the fact that we put in the significant evidence that demonstrates their liability for creating the incredible public nuisance and tragedy that we’re seeing on our city streets, as well as across America when it comes to the opioid crisis.”

Paul Geller, who also represented San Francisco in the case, told the Post he hopes Breyer’s ruling “is distributed as required reading in Big Pharma boardrooms throughout the country” because it “ought to be a wake-up call for companies [to] help ensure this never happens again.”

Walgreens spokesperson Fraser Engerman told the Post the company will appeal the ruling, arguing that “we never manufactured or marketed opioids, nor did we distribute them to the ‘pill mills’ and internet pharmacies that fueled this crisis.”

Wednesday’s decision follows a $683 million opioid-related settlement between Walgreens and the state of Florida in May, as well as an Ohio jury’s November 2021 conclusion that the nation’s three largest pharmacy chains — CVS, Walgreens and Walmart — recklessly distributed a deluge of pills in two of the state’s counties.