Ever since the COVID-19 outbreak became apparent, Dr. Anthony Fauci has seemingly done everything in his power to confuse the public and strip us of our human and civil rights in order to further the agenda of the technocratic, transhumanist cabal. 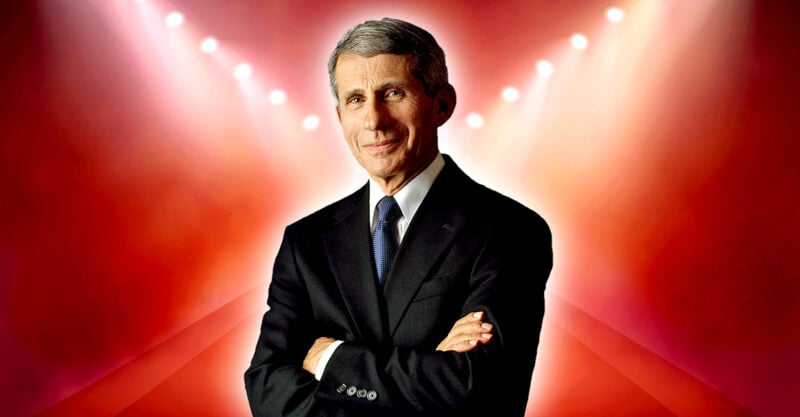 On Aug. 22, Dr. Anthony Fauci announced he will resign from his posts as director of the National Institutes for Allergy and Infectious Diseases (NIAID) — a position he’s held for 38 years — and chief medical adviser to the White House, come December.

While Dr. Fauci claims he’s stepping down to “pursue the next chapter” of his career, an attorney who has been pursuing legal accountability for Fauci’s actions believes it’s because “his presence is no longer politically sustainable.”https://t.co/AeDXtI7tKP

He noted he is “not retiring” but rather will “pursue the next chapter” of his career, presumably within the private sector. I wouldn’t be surprised if he ends up working with Bill Gates and/or the World Health Organization (WHO).

The timing of his departure is interesting, seeing how Republicans may end up controlling the House come January 2023. They then will control which kinds of hearings and investigations will be held.

So far, Fauci has benefited from the protection of the Democratic Party and mainstream media — which went so far as to dub him the “sexiest man alive” in 2021, in an apparent effort to polish his increasingly tarnishing image — and sharp questioning by Republican Sen. Rand Paul aside, nothing has been done to hold Fauci responsible for any of his misdeeds, which include but are not limited to:

So, it appears Fauci is making sure to get out before new Congressional members take their seats. He’s probably banking on being able to plead the Fifth Amendment as a private citizen and never have to answer to anything he did while in public office, should Republicans decide to investigate him.

As noted by Batya Ungar-Sargon during an Aug. 22 episode of The Hill’s “Rising” (video below), when asked about whether he had any regrets about his pandemic response, Fauci denied having made any mistakes — a surprising stance, considering his many flip-flopping and contradictory recommendations.

When Robert F. Kennedy Jr.’s best-selling book “The Real Anthony Fauci” came out in November 2021, there were 20,000 reviews of the book on Amazon but mine was number one with 7,500 “liking” the review. The reason I mention it is that this was my headline last summer: “The Details Exposed in This Book Will Lead to Fauci’s Resignation.”

Then, at some point, Amazon censored the reviews, and now the top critical review has 2,485 “likes” and the top positive review has a measly five and my review is nowhere to be seen.

“The Real Anthony Fauci” is a carefully referenced, scathing critique of Fauci’s career. As explained by Kennedy in my interview with him in mid-November 2021, Fauci is the highest-paid federal employee in the U.S., and 68% of his $437,000 a year salary comes from bioweapons research.

Instead of safeguarding public health, Fauci turned the National Institutes of Health (NIH) into an incubator for pharmaceutical products and essentially sold the entire country to the drug industry.

He was instrumental in creating the vaccine “gold rush” in the 2000s when he partnered with Gates to vaccinate the world with a battery of new vaccines.

One of the darkest stains on Fauci’s career, aside from his role in the COVID-19 pandemic, was his handling of the HIV epidemic. Suppressing the use of repurposed drugs, Fauci zeroed in on AZT, a toxic drug that killed an estimated 300,000 AIDS patients.

He followed the same script during the COVID-19 pandemic, with devastating consequences. He suppressed all inexpensive and nontoxic treatments and pushed the toxic and deadly remdesivir to the front of the line, making it the only drug available to hospitals, which were financially rewarded for killing patients with it.

As noted by The Federalist in a January 2021 article written by civil rights attorney Ilya Feoktistov, Fauci has failed upward ever since he joined the NIH in 1984, meaning each failure was rewarded with greater influence and funding.

Did Fauci write ‘Expect the Unexpected’?

Fauci also has a book of his own, the publication of which occurred under rather suspicious circumstances. In a 2021 interview, Fauci said he was working on a memoir, but was precluded from contracting with a publisher while still employed by the federal government.

In June 2021, Fauci’s book, “Expect the Unexpected: Ten Lessons on Truth, Service, and the Way Forward,” was listed for sale on Amazon and Barnes & Noble, only to be delisted almost immediately.

According to the publisher, National Geographic Books, the book was “prematurely posted for pre-sale.”

They also stated Fauci was not actually involved in the creation of the book and would not receive royalties from it.

The original Amazon posting, however, gives a different impression.

According to Daily Wire:

“In his own words, world-renowned infectious disease specialist Anthony Fauci shares the lessons that have shaped his life philosophy, offering an intimate view of one of the world’s greatest medical minds as well as universal advice to live by.”

When, in November 2021, “Fauci: Expect the Unexpected” finally came out, it had National Geographic listed as the “editor,” with no author specified.

Is this Fauci’s own work, repackaged and sold with National Geographic as the author/editor and publisher? If so, then Fauci has flouted the rules and committed yet another illegal act.

Violators of Nuremberg Code must be held accountable

Many are now wondering if Fauci, through his resignation, will be able to slip through the fingers of accountability. Hopefully, justice will prevail on that point, in one way or another.

As noted by Children’s Health Defense president, Mary Holland, during an event to commemorate the 75th anniversary of the Nuremberg Code (video below), “Those who violated the Nuremberg Code must be prosecuted for crimes against humanity.”

Fauci, without doubt, deserves to be very high up on that list.

During that same event, Holocaust survivor and founder of the Alliance for Human Research Protection, Vera Sharav, also stressed that the “Nuremberg Code is our defense against abusive experimentation,” and that to prevent another mass genocide, “we must identify ominous current parallels before they poison the fabric of society.”

“Humanity is currently under siege by the global heirs of the Nazis. A posse of ruthless, interconnected, global billionaires have gained control over national and international policy-setting institutions. They have embarked on implementing a diabolical agenda:

“In May, at the World Economic Forum in Davos, Klaus Schwab, the architect of the dystopian Great Reset declared: ‘Let’s be clear, the future is not just happening; the future is built by us, a powerful community here in this room. We have the means to impose the state of the world.’

“The ultimate goal of these megalomaniacs is to gain total control of the world’s natural resources and financial resources and to replace humans with transhuman robots.

“Transhumanism is a biotech-enhanced caste system — the new eugenics … Transhumanists despise human values and deny the existence of a human soul. [Professor Yuval Noah] Harari declares that there are too many ‘useless people.’ The Nazi term was ‘worthless eaters.’ This is the ‘New Eugenics.'”

Ever since the COVID-19 outbreak became apparent, Fauci has seemingly done everything in his power to confuse the public and strip us of our human and civil rights in order to further the agenda of the technocratic, transhumanist cabal (video below).

Here’s a short list of past articles detailing his Hall of Shame activities:

While many worry it might not be possible to hold COVID-19 criminals like Fauci responsible for their roles, Francis Boyle, in December 2021, laid out a viable roadmap for prosecuting these individuals.

As explained by Boyle, a professor of international law at the University of Illinois College of Law who helped write the Biological Weapons Anti-Terrorism Act of 1989, this law imposes fines and prison sentences on anyone who “knowingly develops, produces, stockpiles, transfers, acquires, retains or possesses any biological agent, toxin or delivery system for use as a weapon.”

The problem we face is that our federal government has been captured by forces that seek to destroy the U.S. from within. As such, we cannot trust the federal judiciary to prosecute and hold those responsible for the pandemic and the toxic COVID-19 shots accountable.

To circumvent the corrupted federal judiciary, we need to focus on locally elected prosecutors instead. Depending on the state, they may go by titles such as district attorney, state attorney, prosecuting attorney or county attorney.

Boyle recommends organizing locally to find people willing, as a group, to call on your local, elected district attorney to convene a grand jury and indict the individuals suspected of being involved in the creation of SARS-CoV-2 — which includes Fauci — and those responsible for the COVID-19 shots with “murder and conspiracy to commit murder.”

Even if Fauci is prosecuted and convicted of crimes against humanity, with all his ties to the Deep State and intelligence community, it is highly probable he struck a deal early on and would likely receive a presidential pardon for his crimes. So don’t hold your hopes up for Fauci ever being held responsible for his crimes in this lifetime.

At this point, there are loads of evidence showing SARS-CoV-2 is a manufactured bioweapon. Dr. David Martin has identified hundreds of patents relating to its creation, spanning not years but decades, and much of this research was funded by the NIAID under Fauci’s leadership.

I reviewed some of this evidence in “Patents Prove SARS-CoV-2 Is a Manufactured Virus,” which featured Martin’s September 2021 testimony to the German Corona Extra-Parliamentary Inquiry Committee.

It will be a difficult task to hold the COVID-19 criminals (video below) to account, but as noted by Kennedy in the interview featured above, the tide is turning against the globalist cabal, for whom the pandemic was an ideal justification for the rollout of worldwide totalitarianism.

We’re in a momentous time in history, and everyone has a role to play, even if it’s only to privately reject tyranny and peacefully disobey unconstitutional edicts. 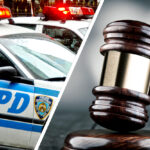 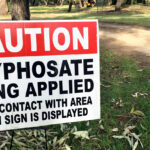 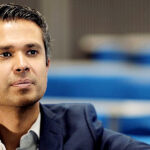 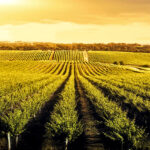 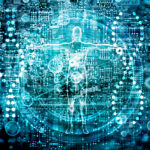