10 Facts Every Parent Needs to Know About Vaccinations—In English & Spanish! 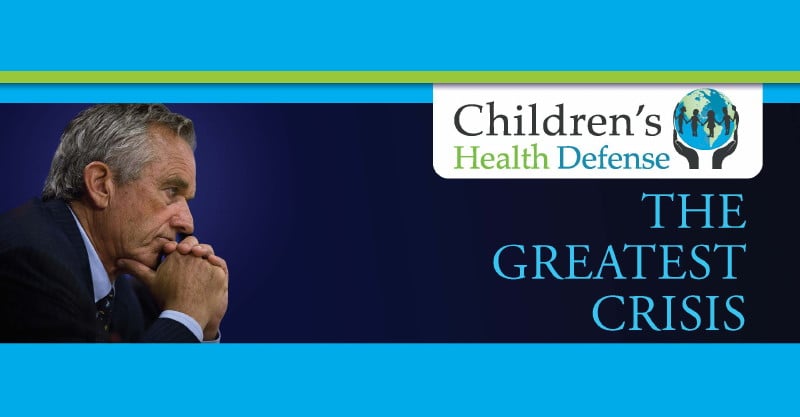 The epidemic of poor health in American children started after 1986, coterminous with the passage of the National Childhood Vaccine Injury Act which resulted in an explosion of the vaccine schedule. For American kids born in 1986, only 12.8% had chronic diseases. That number has grown to 54% among the vaccine generation (those born after 1986) in lockstep with the expanding vaccine schedule.

1. Children have never been sicker than today.

54% of American children have serious chronic health conditions according to a 2011 survey funded by the U.S. Department of Health and Human Services (HHS). Conditions include neurodevelopmental disorders, asthma, allergies, mental health/behavioral disorders and obesity.

including Vaccine Adverse Event Reports and manufacturers’ product inserts. The world’s most aggressive vaccine schedule has not given our country the world’s healthiest children. We now rank 35th in overall health outcomes —just behind Costa Rica, making the U.S., by most measures, including infant mortality, the sickest in the developed world.

In 1986, Congress passed the National Childhood Vaccine Injury Act freeing companies from liability for injuries resulting from childhood vaccines—“no matter how toxic the ingredients, how negligent the manufacturer or how grievous the harm.” The act created the National Vaccine Injury Compensation Program (NVICP) that is governed by HHS. Over $4.2 billion has been paid by consumers for vaccine injuries. The U.S. vaccine schedule has more than tripled since the 1986 Act.

4. Vaccines CAN and DO cause injuries. The message that vaccine injuries are rare is not supported by facts and anecdotal evidence.

An HHS-sponsored study by the Agency for Healthcare Research and Quality found that vaccine injuries, when tracked using electronic medical records, occurs in 1 in 39 vaccines given.

5. Post-licensure vaccine safety surveillance is failing the American people and children around the world.

The Vaccine Adverse Event Reporting System (VAERS), where doctors and patients voluntarily report adverse vaccine events, received 58,381 reports in 2018, including 412 deaths, 1,237 permanent disabilities, and 4,217 hospitalizations. An HHS-funded review of VAERS concluded that “fewer than 1% of vaccine adverse events are reported” to VAERS. The CDC has refused to mandate or automate VAERS reporting.

6. None of the vaccines on the U.S. CDC recommended childhood vaccine schedule were tested against an inert saline placebo in clinical trials.

Vaccines are regulated by the FDA as “biologics” and are not always put through the same level of safety testing as new pharmaceuticals. Pre-licensing clinical trials are sometimes as short as a few days or weeks, making it impossible to evaluate longer-term outcomes such as autoimmune illness or cancer. Clinical trials for Merck’s Recombivax hepatitis B vaccine administered on the first day of life monitored fewer than 150 infants and children for just five days after each dose.

In 1986, Congress—recognizing that drug companies no longer had any incentive to make vaccines safe—ordered HHS to study vaccine injuries, work to improve vaccine safety, and report to Congress on its progress every two years. It has not sent one safety report to Congress in over 30 years.

8. Vaccines are neither completely safe nor effective and the concept of “herd immunity” is a myth.

About 2%–10% of healthy individuals fail to mount antibody levels to routine vaccines, and vaccine-induced immunity wanes over time. Highly vaccinated populations frequently have outbreaks of pertussis, mumps, measles, and chickenpox. Many diseases were on the decline prior to the development of vaccines. Civil engineers, not vaccines, produced the large gains in life expectancy over the 20th century.

was denied the ability to testify regarding scientific fraud and destruction of evidence by senior CDC officials in critical CDC vaccine safety studies regarding an association between childhood vaccines and autism. Thompson invoked federal whistleblower status and alleges that the CDC destroyed evidence that black boys are 3.36 times more likely to develop autism if they receive the MMR vaccine before age three.

CDC, frankly, is a vaccine company; it owns 56 vaccine patents and buys and distributes $4.6 billion in vaccines annually through the Vaccines for Children program. Further, Pharma directly funds, populates and controls dozens of CDC programs through the CDC Foundation. The CDC and FDA have become dominated by the interests of vaccine manufacturers rather than acting in the public interest. The vaccine industry is forecasted to exceed $48 billion by 2025.