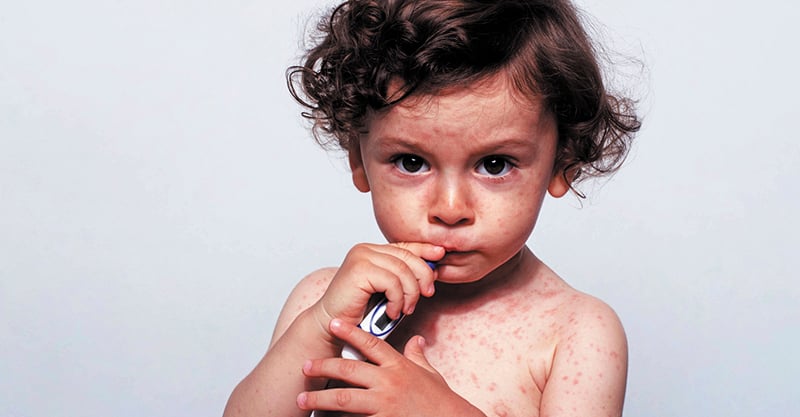 These days, one policy-maker after another seems to be promoting no-exceptions vaccination policies—hawking an incessant and growing barrage of childhood vaccines that begins prenatally and continues throughout childhood. Despite these efforts, the narrative that vaccines are keeping children healthy is rapidly crumbling. Rates of chronic and autoimmune illness in American children have climbed to obscene levels (54% at last count), concurrently with rising vaccination rates—while U.S. life expectancy is falling.

None of the individuals who present vaccination as an unquestioned good ever discusses the trade-offs involved in tampering with the exquisitely sophisticated human immune system, especially during a child’s earliest developmental stages, nor do they acknowledge that two of vaccination’s basic premises are patently false:

Scientists admire the immune system as “the most complex system that the human body has.” It is also a “model of versatility,” carrying out an impressive range of essential functions. These include differentiating between “harmless self” and harmful invaders (e.g., bacteria, viruses, fungi or toxins); amplifying the immune response; excreting cellular debris (through mechanisms such as fever, sweating, rash and expectoration); engaging in tissue repair; interacting with the gut microbiome; and more.

This “incredibly precise” system has two coordinated arms. The cell-mediated immune system is characterized by the activity of white blood cells that travel to the area(s) of infection to eliminate the infected cells. The humoral immune system prompts the formation of antibodies that target invader-specific proteins (antigens) for destruction.

Interfering with such a precise immune response (the result of millions of years of evolutionary fine-tuning) carries with it massive risk of unintended consequence[s]—and those consequences are now manifesting in the form of an autoimmunity crisis.

The hallmark of vaccination is that it bypasses the cell-mediated response in favor of a “mock infection,” while encouraging a disproportionate humoral response. According to an elegant new book by Dr. Thomas Cowan (Vaccines, Autoimmunity, and the Changing Nature of Childhood Illness), this “reckless” suppression of the cell-mediated response is a very bad idea: “Interfering with such a precise immune response” (the result of “millions of years of evolutionary fine-tuning”) carries with it “massive risk of unintended consequence[s]”—and those consequences are now manifesting in the form of an autoimmunity crisis. Cowan states:

“The deliberate provocation of antibodies without prior cell-mediated activity produces an imbalance in our immune system and a state of excessive antibody production. This excessive antibody production actually defines autoimmune disease. …With millions of people suffering from autoimmune disease, at a number unheard of before the introduction of mass vaccination programs, how can this connection be deemed controversial?” [Emphasis in original]

Immunologic dysregulation—including dysfunction of the type brought about by vaccination—is associated not just with autoimmunity but also with cancer, and childhood cancers are skyrocketing. In contrast, many of the once-universal childhood illnesses were, in fact, protective against various cancers. Stated another way, acute infections, and especially those that caused fever, were historically “antagonistic to cancer.” For example:

…children who successfully go through measles…have less heart disease, arthritis, allergies, autoimmune diseases, and overall better health than those who never get measles.

Frenzied media stories about “measles outbreaks” notwithstanding, there are multiple reasons to view natural measles infection in childhood as beneficial. As summarized in Cowan’s book, “children who successfully go through measles…have less heart disease, arthritis, allergies, autoimmune diseases, and overall better health than those who never get measles.” Children’s Health Defense has noted previously how the benefits of measles used to be taken for granted—until, says Cowan, the vaccine came along “and changed the way we think about measles.”

Ironically, viruses’ potential to serve as “possible agents of tumor destruction” attracted interest as long as a century ago, when clinical experiences showed that, “given the right set of conditions, cancers would sometimes regress during naturally acquired virus infections.” In the current era, the use of viruses as an anti-cancer treatment has morphed into the “respectable field” of oncolytic virotherapy, even leading to clinical trials—and “measles virus still represents a highly interesting candidate for such an approach.”

Unfortunately, enthusiasm for viruses as “serious contenders in cancer treatment” has further entrenched scientists’ reliance on vaccine strains of measles virus (which are, after all, “amenable to genetic modification in the laboratory”)—fostering zeal for a “new age of engineering immunity” and more of the misplaced faith in “rational manipulation of the immune system” that gave rise to vaccines in the first place. (If anyone has concerns about the potential for these genetically engineered viruses to prompt further unintended consequences, they are keeping their concerns to themselves.) Genetically engineered viral interventions also promise the pharmaceutical industry profits, whereas simply allowing children to get the measles and acquire their cancer protection naturally cannot be monetized.

Increasingly, vaccine bullies are employing strategies that would have been unthinkable even five years ago. For example, a children’s hospital in Florida that is under investigation for medical errors and an unexpectedly high mortality rate in its young heart surgery patients recently announced that it will deny services to unvaccinated or partially vaccinated children; the hospital is also taking a “hard line” on flu shots, requiring not just employees but also “non-employee physicians, medical students in training, drug and medical device representatives and volunteers” to get a shot or (in the case of employees) run the risk of being fired. The reason cited for these unnuanced policies is “patient safety.”

As these hard-line tactics multiply, it is vital to keep the failure of the U.S. vaccine program in the public eye. The far-from-uncommon phenomenon of vaccine failure in vaccinated individuals has made it abundantly clear that a vaccine-induced antibody response—the typical indicator of vaccine “protection”—is essentially worthless as a guarantor of real immunity. Even worse, vaccines are disrupting normal immune system function and leaving both children and adults vulnerable to far more serious chronic diseases. The vaccine establishment may not be willing to admit that the vaccination paradigm is fatally flawed, but it is sadly apparent that, in Dr. Cowan’s words, “our communities, hospitals, and schools are filled to the brim with sick and injured children—often suffering from illnesses that barely existed a hundred years ago.”