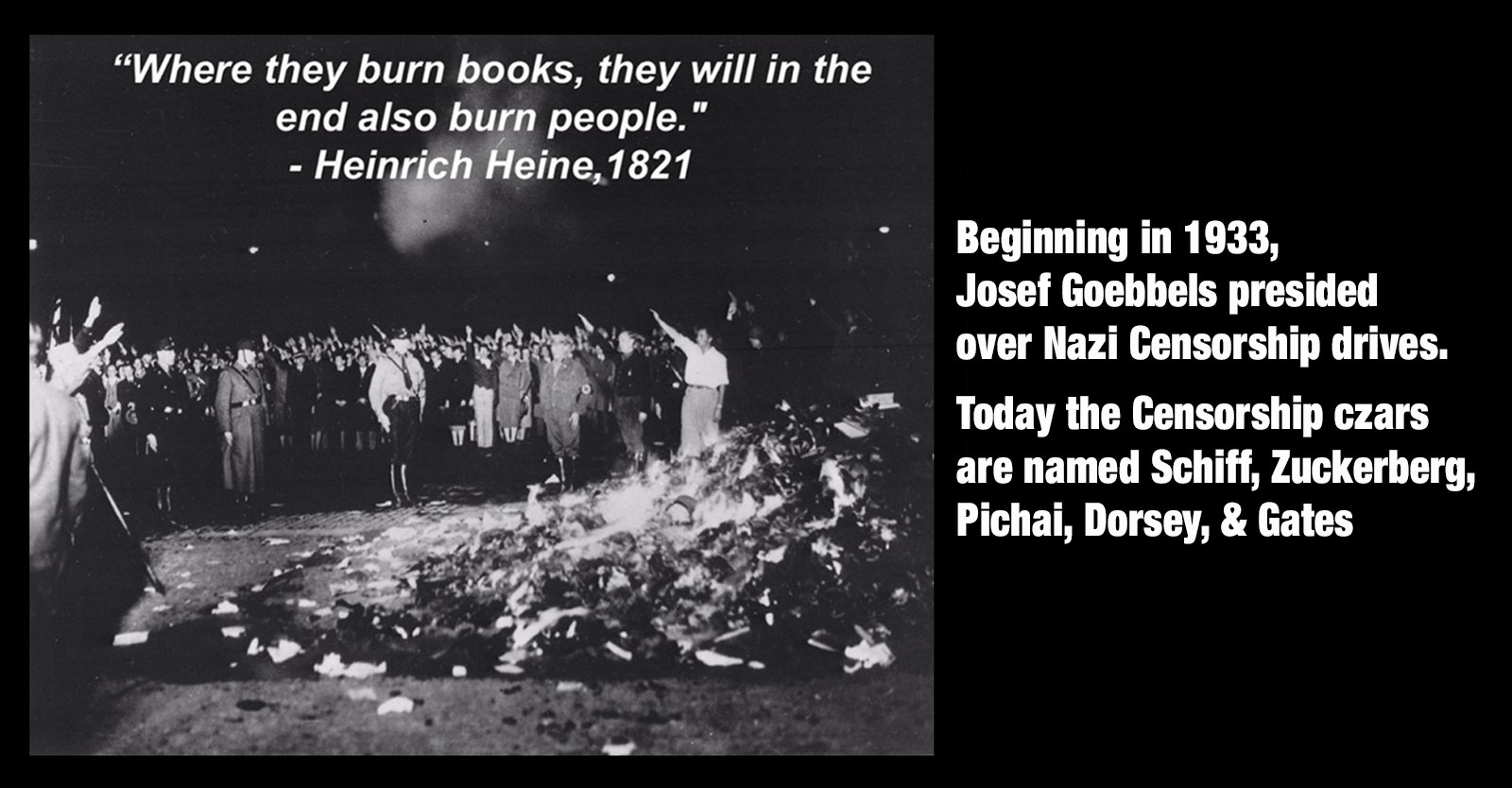 When I was a boy, it was unthinkable that an American liberal would acquiesce to censorship. It was axiomatic that all the Nazi atrocities had begun with censorship and silencing of critics of government policies. Our civics teachers taught that the free flow of information—even inconvenient truths—was the lifeblood of democracy.

We must know all the facts and hear all the alternatives and listen to all the criticisms.

My uncle, John F. Kennedy, commented in 1962 that American “libraries should be open to all—except the censor. We must know all the facts and hear all the alternatives and listen to all the criticisms. Let us welcome controversial books and controversial authors. For the Bill of Rights is the guardian of our security as well as our liberty.”

History will record that, in 2020, it was men who called themselves “liberal” who lead the clamor for censorship. Harry Truman warned us against such men: “Once a government is committed to the principle of silencing the voice of opposition, it has only one way to go, and that is down the path of increasingly repressive measures, until it becomes a source of terror to all its citizens and creates a country where everyone lives in fear.”

Today they openly silence the tragic stories of American mothers of vaccine-injured children and all other unapproved criticism of pharmaceutical products.

In early 2019, Democratic Congressman Adam Schiff asked the CEOs of Google, Facebook, and Amazon to censor “vaccine misinformation”, a euphemism for any statement that departs from official declarations by Pharma and its captured regulatory officials. Each of these Silicon Valley tyrants is partnered in rich deals with vaccine makers. They were therefore delighted to comply. Today they openly silence the tragic stories of American mothers of vaccine-injured children and all other unapproved criticism of pharmaceutical products.

Where does Adam Schiff think this will end? Does he imagine Bill Gates as a friend of liberty? In one short moment, the worm will turn. To Schiff, I paraphrase St. Thomas Moore’s query: “When you have obliterated the First Amendment to get at the Devil, and the Devil then turns on you, then where will you hide?”