The Boys Are Not Alright 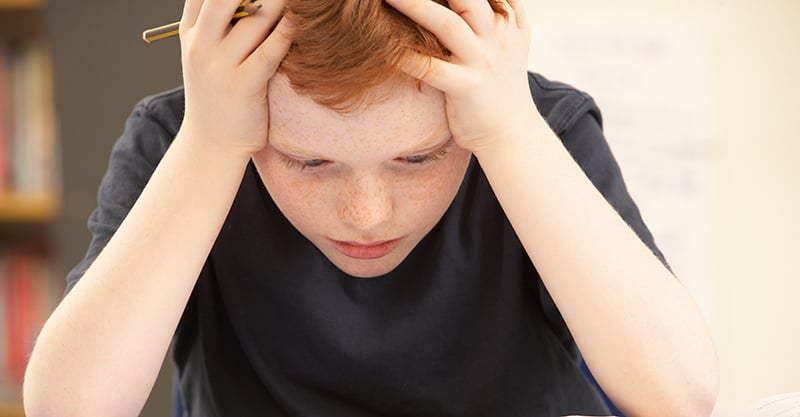 Over the past decade or so, the term “gender gap” has taken on a new and heretofore unimaginable usage. Instead of signaling pay gaps or gender differentials in voting patterns, “gender gap” now seems to be shorthand for male decline and weakness in domains as varied as education, employment and health. Referring to the novel Atlas Shrugged and its focus on “the motor of the world,” physician-author Leonard Sax suggests that “we may be living in…a time when the motor that drives the world is running down or stuck in neutral—but only for boys.”

As children’s exposure to potent environmental toxicants has increased, boys appear to be shouldering a disproportionate share of the consequences.

Boys incur excess risks, suggests a UCLA biobehavioralist, for a bevy of “psychoneurobiological” reasons, including differences in sex hormones and slower maturation of the “stress-regulating circuits of the male brain…in the prenatal, perinatal, and postnatal critical periods.” Boys also are more susceptible than girls to many toxins—and for a longer period of time. As children’s exposure to potent environmental toxicants has increased, boys appear to be shouldering a disproportionate share of the consequences.

Falling behind from the start

The press and bookstores are full of accounts of boys’ lacunae in education settings. In the U.S., boys have lower grades and lower grade point averages than girls, and male youth disproportionately fill the ranks of high school dropouts. In the U.K., a 2016 BBC report described the current generation of boys as “generation failed,” noting that the gender disparities start at the youngest ages, with boys “falling behind before they even get to school.” Young men who reach college age are significantly underrepresented on many university campuses compared to young women, to the point where upscale publications such as The Economist have reported a widespread perception that colleges are “relaxing” their admissions criteria to entice more male applicants.

…about half of prime age men who are not in the labor force…may have a serious [physical, mental or emotional] health condition that is a barrier to work.

Underperformance in the educational domain may be contributing to a historically unprecedented and “alarming” drop in labor force participation among prime age workers over age 25 that is particularly pronounced for men. Poor health is another factor. According to a 2017 Princeton University report, “about half of prime age men who are not in the labor force…may have a serious [physical, mental or emotional] health condition that is a barrier to work.” A national survey cited by the Princeton researchers found that 43% of prime age out-of-work men perceived their health as “fair” or “poor,” compared to only 12% of employed men. Men currently in their mid-20s and early 30s were born in the late 1980s and 1990s—the same time period when children’s health in the U.S. took a major nosedive.

Good health harder to come by

It is no secret that boys have been disproportionately affected by the epidemic-level developmental disabilities that plague today’s children. Autism, for example, touches more than four boys for every one girl, and boys ages 4-17 visit a doctor for attention-deficit/hyperactivity disorder (ADHD) more than twice as often as girls of the same age. In a study of children born premature and evaluated at school age, boys had a “higher prevalence of cognitive, neurologic, and behavioral deficits than girls,” leading the authors to recommend further study of “environmental-genetic interactions that might contribute to male preponderance of deficits.”

Male “preponderance” is not limited to neurodevelopmental disorders but is also apparent for a range of other health conditions, including early-onset schizophrenia, sudden infant death syndrome (SIDS), childhood cancers and—prior to puberty—autoimmune conditions such as type 1 diabetes, Crohn’s disease and juvenile multiple sclerosis. For the latter, “the peak of the highest male bias often tends to be at approximately ages 2-6, the typical age of onset for autism.”

…something scary is happening to boys today” and a toxic environment shares a large portion of the blame.

Increasingly, researchers attribute these sex-specific disparities to boys’ greater vulnerability to prevalent environmental toxins from the earliest stages of development. Many of these toxic or excitotoxic substances—mercury, aluminum, formaldehyde, monosodium glutamate, glyphosate and more—are present in the dozens of vaccine doses that U.S. children receive beginning prenatally and continuing as newborns, infants and young children. Moreover, there are a number of biologically plausible reasons why boys may be more susceptible to the toxins in vaccines. As outlined elsewhere by Children’s Health Defense, these include a tendency toward a greater neuroinflammatory response, including differences in microglial function, and a role for testosterone in enhancing and potentiating neurotoxicity.

In 2007, the book Boys Adrift called attention to “the growing epidemic of unmotivated boys and underachieving young men” and the major decline in male resiliency observed since the late 1980s. In the words of one reviewer, the book’s premise is that “something scary is happening to boys today” and that a toxic environment shares a large portion of the blame. Although researchers may dispute the precise causes, there seems little room for doubt that reducing children’s exposure to environmental toxins—and establishing an independent agency that takes vaccine safety seriously—would be a good place to start to not only rectify this particular gender gap but help all children lead healthier lives.