Toxic Vaccine Ingredients: The Devil is in the Details 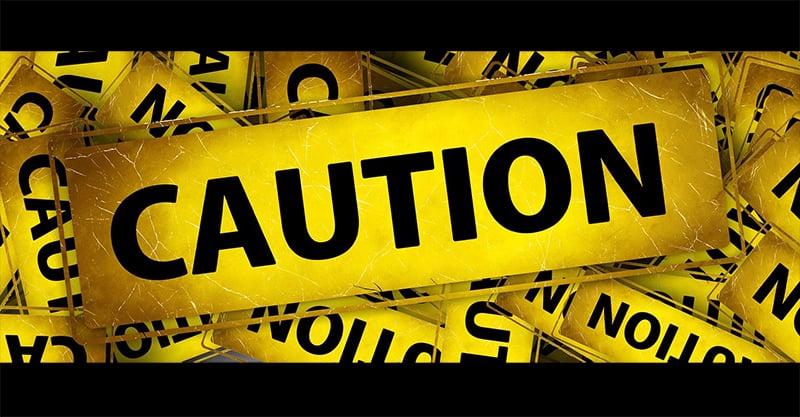 Toxins surround us in many forms, but those found in vaccines are of increasing concern among parents, and rightfully so. As the Children’s Health Defense continues to advocate for transparency and sound science in our nation’s vaccine program, it’s important to note that mercury, still found in some flu shots and other vaccines, isn’t the only substance standing in the way of a safer vaccination schedule. Other dangerous substances abound in the vaccines that our government agencies continue to insist are safe. No one challenges parents for researching the safest car seats, cribs, or infant carriers for their children. The same should hold true when parents want to be fully informed about what makes up the vaccines intended for their children.

Beyond the mercury-based preservative thimerosal, a known neurotoxin that has been linked to many serious health conditions including autism, vaccines are rife with other often questionable components, such as:

…no studies have been done to determine potential synergistic effects of multiple vaccine ingredients given in combination.

An extensive list of all ingredients in all vaccines can be found here, but it’s important to highlight (or lowlight, if you will) what some of the most potent components actually are, and what impact they may have on the health of our children.

The American Academy of Pediatrics (AAP) claims thimerosal was removed from childhood vaccines as a precautionary measure in 2001, but the last batches of routine childhood vaccines with thimerosal did not actually expire until January 2003. We were led to believe thimerosal was eliminated from all vaccines, but it wasn’t. It’s in some flu shots—including some given to infants and pregnant women—the tetanus toxoid vaccine (Tt), and meningococcal vaccines. More than 80 studies compiled by the Children’s Health Defense show that the health effects of human exposure to mercury include cognitive difficulties (such as autism), memory and vision loss, coordination issues, tremors, skin rashes and mood instability. Mercury is a known neurotoxin, yet it’s still injected into people of all ages with alarming regularity.

The CDC explains that aluminum gels or salts are added as adjuvants to help the vaccine stimulate a better immune response, i.e. be more effective. Without aluminum, more doses of a vaccine might be required to provide adequate protection, according to the AAP. Aluminum is a toxic metal, and one to which we are already routinely exposed through food, air, and water, given its natural occurrence in the earth’s crust. While most in mainstream medicine insist it poses no problems, many independent researchers are suspicious of aluminum’s supposed safety.  The National Vaccine Information Center (NVIC), a nonprofit founded in 1982 to prevent vaccine injuries and deaths through public education, highlights on its website the shocking lack of scientific evidence that injected aluminum is safe. And parents need to be aware that the amount of aluminum babies and young children are exposed to via vaccines has risen substantially in recent years. According to medical research journalist Neil Z. Miller, “Vaccines containing aluminum were added to the childhood immunization schedule when some vaccines containing mercury were removed. Prior to the mercury phase-out (pre-2000), babies received 3,925 mcg of aluminum by 18 months of age. After pneumococcal and hepatitis A vaccines were added to the schedule, babies began receiving 4,925 mcg of aluminum during the same age period—a 25% increase.”

The antibiotics added to vaccines are there to prevent the growth of germs during production and storage of the vaccine. There has been much debate lately over the risks of exposing children to antibiotics too early in life. One recent study in particular found that multiple antibiotic use in early childhood may lead to weight gain, increased bone growth, and altered gut bacteria.

Flu vaccines are most commonly made using an egg-based manufacturing process, which is used to make both the inactivated vaccine (the flu shot) and the live attenuated vaccine (usually called the “nasal spray”), according to the CDC.  The yellow fever vaccine is also made this way, putting anyone with an egg allergy at risk if they receive either of these vaccinations, regardless of how low the level of actual egg protein is.

Formaldehyde is added to vaccines to kill unwanted bacteria and viruses that might contaminate the vaccine during production. The CDC insists most formaldehyde is removed from the vaccine before it is packaged, which is just another way of saying that all of it is not removed. Formaldehyde is a human carcinogen according to the National Institute of Environmental Health Sciences.

More commonly known as a food additive, MSG is also used as a stabilizer to help vaccines remain unchanged when exposed to heat, light, acidity or humidity, according to the CDC. MSG consumption is notorious for causing headaches in some people. It can also cause fatigue, disorientation and heart palpitation, per the Mayo Clinic. MSG has been called an “excitotoxin,” which is a term used to describe a class of chemicals (usually amino acids) that over-stimulate neuron receptors in the brain, causing them to die.

The World Health Organization (WHO) describes squalene as “a component of some adjuvants that is added to vaccines to enhance the immune response.” It’s a naturally-occurring substance derived primarily from shark liver oil, found in foods, cosmetics, over-the-counter medications, and supplements. When combined with other ingredients it becomes an adjuvant, which, like aluminum, is added to vaccines to elicit a stronger immune response from the body.  The WHO notes that most people who have received squalene-containing vaccines are in older age groups, and that we don’t really know how this component might impact younger people. A 2000 study found that a single injection of squalene adjuvant produced arthritis in rats, and, although more research is needed, many believe squalene-containing anthrax vaccine to be the main culprit in triggering Gulf War Syndrome among American troops who served in the Persian Gulf War in the early 1990s.

This commonly used vaccine ingredient is made by boiling skin or connective tissue, typically from a pig. Gelatin is used as a stabilizer to protect the viruses in vaccines from adverse conditions. It is a concerning additive because some people have gelatin allergies, and receiving a vaccine with gelatin can provoke an allergic response, possibly even triggering anaphylaxis. Depending on its source, gelatin may also be a religious concern for Jews and Muslims.

The HPV vaccine is administered mainly to teenagers to protect against the human papilloma virus (HPV), which has been strongly linked to cervical cancer, anal cancer, and even some mouth cancers. This vaccine and a few others contain a stabilizer known as polysorbate 80, an emulsifier used in some foods and cosmetics. While there have been reports of the HPV vaccine causing premature ovarian failure in girls, research is needed to determine if there is a link between this phenomenon and polysorbate 80 and/or other HPV vaccine ingredients such as aluminum. The safety of using this chemical in vaccines has been poorly studied, and according to the Material Safety Data Sheet (MSDS) for Polysorbate 80, it may cause adverse reproductive effects and cancer based on animal testing data. The MSDS also indicates that no safety testing has been done in humans.

A number of vaccines—including varicella, rubella, hepatitis A, shingles, and rabies—are made using fetal embryo cells, and have been for decades. The reason given is that the viruses tend to grow better in these cells, and fetal cells can divide for a long time before dying.  However, the use of actual human fetal cells poses the question of how the fetal DNA will interact with the virus and, eventually, the human into which it is injected. It remains unclear what kind of dangerous immune response this has been provoking, but according to the Sound Choice Pharmaceutical Institute, a biomedical research organization, there have been distinct spikes in autism rates in the years when vaccines grown in human fetal cells were introduced. In my opinion, the moral implications here are huge.

As troubling as each of one these chemicals may be in its own right, parents need to also keep in mind that no studies have been done to determine potential synergistic effects of multiple vaccine ingredients given in combination. Safety concerns are further compounded when considering that infants and young children commonly receive multiple vaccines during the same office visit. Amid relentless claims by drug companies and conflict-ridden health agencies that vaccines are “safe and effective” (despite the fact than nearly $4 billion has been paid out by taxpayers to victims of vaccine injury) parents are wise to do their own research before making decisions about vaccines for their kids—and to understand that where there’s risk, there must be choice.