What are Little Boys Made of? Too Many Chemicals! 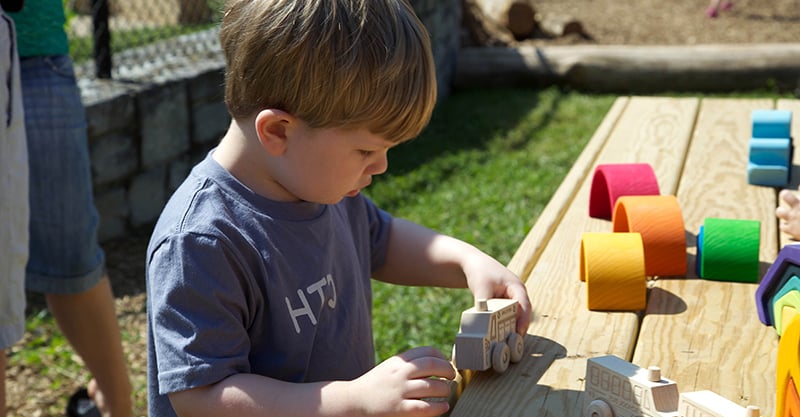 At least one in six American children (roughly 17%) has a diagnosed developmental disability. No matter which once-rare disorder one considers—learning disabilities, autism spectrum disorder (ASD), attention deficit/hyperactivity disorder (ADHD), tics, obsessive-compulsive disorder (OCD) or emotional disturbances—each has witnessed a dramatic escalation over the past several decades. A systematic literature review recently published in Acta Neurobiologiae Experimentalis contends that these trends are at crisis proportions. The crisis is spiraling out of control, with society-wide impacts on services, institutions, families and, especially, boys.

There are at least two boys for every girl with a neurodevelopmental disorder. For ASD and ADHD, the male-to-female ratio is roughly four and five to one, respectively. Genetics cannot explain this consistent sex-specific pattern. What can explain it is children’s vastly increased exposure to and bioaccumulation of chemical neurotoxins at the same time that the explosion in neurodevelopmental disorders has unfolded. The studies examined in the systematic review indicate that males are more vulnerable to leading environmental toxins—and there are plausible biological mechanisms to explain this heightened vulnerability. In fact, the skewed sex ratio is, in and of itself, a vital clue that can help pinpoint major causes of neurodevelopmental disorders.

The review’s authors examined over four decades’ worth of studies (1970–2016) covering roughly 16 types of neurotoxicants. They used a six-point scoring system to categorize research that involved either humans, animal models or tissue cultures. The review identified a number of sex-dependent effects, some of which were clear-cut and others somewhat less so:

There was either insufficient or no research to draw conclusions about gender-specific neurotoxic effects for six types of neurotoxins: aluminum adjuvants in vaccines, arsenic, glyphosate, perfluorinated compounds, polybrominated diphenyl ethers (PBDEs) and polycyclic aromatic hydrocarbons (PAHs). The authors remind us, however, that “the lack of findings cannot be taken as a priori evidence of no gender-specific neurotoxic effects.”

…studies are needed to understand whether combined neurotoxic exposures (such as receiving both thimerosal-containing and aluminum-containing vaccines) provoke gender-specific effects.

The shortage of research on whether aluminum adjuvants are associated with gender-specific neurotoxic effects is particularly disturbing, given the ease with which injected aluminum particles enter the brain. Evidence indicates that the increased use of aluminum adjuvants is having serious neurological consequences and correlates with the rise in ASD. Moreover, a groundbreaking study that recently examined brain tissue from deceased ASD individuals found unprecedented levels of aluminum, particularly in male brains.

The review’s authors discuss half a dozen plausible reasons why neurotoxins encounter increased susceptibility in males—particularly during sensitive developmental stages. These include biological mechanisms that protect females, such as greater availability in females of glutathione and sulfate (both of which are critical for detoxification); less vulnerability to oxidative stress and free-radical-mediated damage; and more neuroprotection from female hormones, which help “deactivate” inflammatory processes and suppress neuronal hyperexcitability.

Males, in contrast, tend toward a greater neuroinflammatory response, and testosterone appears to enhance and “potentiate” neurotoxicity. Illustrating this point, the authors cite work showing that “thimerosal toxicity to neurons was significantly increased by co-exposure with testosterone, whereas estrogens significantly reduced the toxicity of thimerosal to neurons.”

In 2013, the federal government awarded more than 38 times as much funding ($291 million) to ASD researchers studying genetics as to those studying ASD’s environmental aspects ($7.5 million)—even though genetics “only addresses at best about 20% of the ASD population.”

The systematic review concurs with several other consensus papers (from 2006, 2014 and 2016) that link neurodevelopmental disorders to environmental toxins. According to the 40 years of research examined in the review, four neurotoxins (thimerosal, lead, air pollutants and some organochlorine pesticides) stand out in exhibiting consistent male-specific effects. These toxins likely have played “a leading role in the recent and dramatic increase in neurodevelopmental disorders.”

The review’s authors spell out several important areas for further research. For example, studies are needed to understand whether combined neurotoxic exposures (such as receiving both thimerosal-containing and aluminum-containing vaccines) provoke gender-specific effects. In addition, the authors note the many other variables that can come into play and contribute to toxic effects, including age and timing of exposure; dose; absorption and transport of toxins within the body; and the strength of the individual’s detoxification, cellular repair and compensation systems. Unfortunately, research funding priorities in the U.S. are highly distorted, as the field of ASD research illustrates. In 2013, the federal government awarded more than 38 times as much funding ($291 million) to ASD researchers studying genetics as to those studying ASD’s environmental aspects ($7.5 million)—even though genetics “only addresses at best about 20% of the ASD population.”

Emphasizing the high cost of inaction, the authors outline steps that can be taken immediately. Stating that “a true preventive program would address the exposure-related issues by reducing or stopping the causative exposures to the identified neurotoxicants” [emphasis added], the authors recommend:

Perhaps most importantly, they call for the formation of an independent scientific task force—meaning one without any ties to industry—to study neurodevelopmental toxicity and “make recommendations to effect legislation that would address and reduce toxic exposures among pregnant women, infants and children.” Surely there is no shortage of scientists who would embrace the task of protecting our most vulnerable boys and girls.