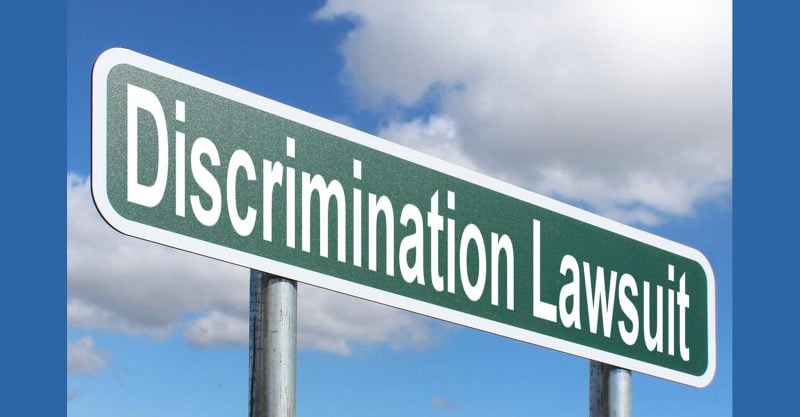 On July 9, 2020 Maine resident Ed Friedman filed a disability/discrimination lawsuit against Central Maine Power (CMP) in Portland’s U.S. District Court (a Federal Court). The suit, brought under the Americans with Disabilities Act (ADA), Fair Housing Act (FHA) and Rehabilitation Act of 1973 (Rehab Act) alleges smart meters’ opt out fees are discriminatory to those disabled customers whose condition may be exacerbated by radiation emitted from the smart meters. Friedman has lymphoplasmacytic lymphoma, an uncurable form of cancer.

In the past 10 years, utility companies have been replacing electric, gas and water analog meters with wireless pulsed and radiation emitting “smart” meters. These meters are the first devices that have been rolled out as part of the “smart” grid and the “Internet of Things” infrastructure. They have been installed on people’s homes generally with few details and usually without express consent.

Many have reported becoming sick shortly after the installation of the meters with symptoms such as headaches, sleep disturbances, cognitive problems, fatigue, dizziness and heart palpitations. The meters allegedly emit levels of radiation within the FCC’s allowed limits. However, thousands of studies show that these levels are unsafe, and a lawsuit was submitted by Children’s Health Defense challenging these guidelines. Smart meters seem to be especially harmful as they pulse up to 190,000 times a day, and pulsation has been found to have damaging health effects. Furthermore, the FCC guidelines average the levels of radiation emitted by these meters, camouflaging the actual levels of the peak exposures from the transmission bursts which may even exceed the FCC levels. As a result of activists’ efforts, in some states, people can opt out but have to pay opt-out fees.

Friedman’s doctor recommends he not be exposed to any wireless radiation in his home. According to Friedman’s oncologist, exposure to the radiation emitted from the meters, even if in low-levels, may exacerbate “fatigue, cognitive difficulty, memory issues and multiple cancer types.”

There are many studies that show radiation from wireless devices, which is known as “non-thermal Radio Frequency (RF) radiation,” can cause and/or aggravate cancer. Most recently,  the FDA funded the National Toxicology Program (“NTP”) program study, a $25 million study which found “clear evidence” of cancer and DNA damage. Another study, the Ramazzini Institute study,  a six million euro study, confirmed the NTP results. In 2011 the WHO’s IARC classified RF radiation as possibly carcinogenic to humans (Group 2B). IARC explained that while there is epidemiological evidence of cancer, more animal studies were needed. The NTP study and the Ramazzini Institute study provide the “missing link” for IARC to re-classify RF radiation as a human carcinogen (Group 1). A 2016 paper by leading scientists provides suggested mechanisms as to how RF can also aggravate the growth of cancer cells.

In 2016 Friedman asked CMP to waive its opt-out fees as their reasonable accommodation of his disability. CMP declined, writing there was “no basis for compromise.”

CMP argued the opt-out fee is not discriminatory because they charge the same amount to everyone. But Friedman’s lawsuit responds that “this is no excuse at all. Suppose a store has both stairs and a wheelchair ramp, and it charges everyone a ‘stairs opt-out fee’ to use the ramp . . . the store is illegally discriminating against wheelchair users who, by virtue of their disability, require a ramp in order to access the store. This is true even if the store charges everyone the fee to use the ramp.”

Ed Friedman has been active against the installations of Smart Meters and was lead spokesperson in a 2011 19-person complaint to the Public Utilities Commission (“PUC”) to stop meter roll-out in Maine. When the PUC rejected the complaint, Friedman and the others hired an attorney and appealed to the Maine Supreme Judicial Court who found in their favor remanding the case back to the PUC for what turned out to be a 5-year investigation into safety. Ultimately the group appealed the PUC’s final decision that the meters were “safe enough” back to the court and lost.

Friedman’s cancer was diagnosed during the PUC proceeding and following the defeat, he and a colleague went on to file a HUD complaint under the Fair Housing Act alleging discrimination in the provision of services by CMP. The complaints were accepted by HUD and referred to their partner agency the Maine Human Rights Commission (MHRC) for a thorough investigation. MHRC staff attorney investigators recommended reasonable accommodation for the two (waiving the opt out fees) but were reversed by the politically-appointed MHRC Commissioners.

Dafna Tachover from CHD said: “Ed Friedman’s discrimination case is extremely important. Not only do these meters cause widespread sickness to so many, these people are then required to pay a fee to be able to stay in their homes. I have been hoping that someone will bring a lawsuit to address this absurdity and discrimination and I am grateful that Ed Friedman has decided to pursue it.”