Getting to the Heart of the Matter: A Look at Mercury and Cardiovascular Disease 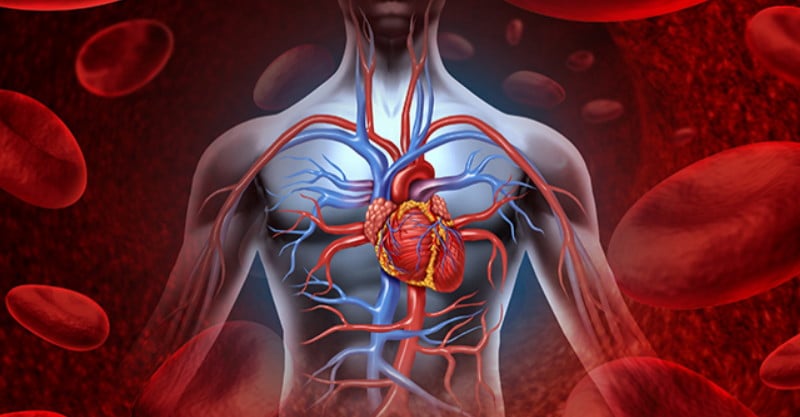 Mercury’s toxic properties have been apparent for centuries. Nonetheless, from the time of the first Emperor of China on, doctors have been fascinated with the metal’s purported curative properties. In the 19th and early 20th centuries, health practitioners blithely used mercury as a medical treatment for everything from syphilis to teething discomfort to dysentery.

As early as the 1820s, some healers began to object to the practice of “giving poison as medicine,” but, in many branches of medicine, physicians remained enthusiastic. In the late 1890s, for example, the prestigious scientific journal The Lancet published case studies broadcasting doctors’ seemingly successful use of mercury for the treatment of heart disease. Referring to a mercurous chloride compound called calomel (also called the “blue pill”), Dr. Arthur Foxwell in Birmingham praised, in September 1895, mercury’s “unique” virtues as a cardiac tonic capable of “freeing” a sluggish heart of “half its labour.”

Although many researchers have focused heavily on mercury’s neurotoxicity in children, others acknowledge that, in adults, the cardiovascular system may be exquisitely vulnerable to mercury’s toxic effects.

Over a century later, the medical perspective on mercury and heart disease has come to look quite different. Although many researchers have focused heavily on mercury’s neurotoxicity in children, others acknowledge that, in adults, the cardiovascular system may be exquisitely vulnerable to mercury’s toxic effects. A simple search using the terms “mercury” and “heart disease” in PubMed (the National Institutes of Health database) pulls up ample documentation detailing a higher prevalence of cardiovascular disease in individuals who have higher blood levels of mercury. Mercury damages the cardiovascular system even at low concentrations of exposure.

Effects of Mercury on the Heart

Researchers who acknowledge that mercury exposure increases cardiovascular risk often profess ignorance about the underlying cellular mechanisms of harm. However, a trio of relatively recent articles makes it apparent that scientists actually know quite a bit about how mercury exerts its cardiotoxic effects. Two of the reports, published in 2011 in the Journal of Clinical Hypertension and in 2014 in the Journal of Cardiovascular Diseases & Diagnosis, are authored by Vanderbilt University professor and hypertension expert Mark Houston, who has published extensively on hypertension and heart disease since the 1980s. Dr. Houston began turning his attention to the ramifications of mercury exposure for heart disease a decade ago. A newer study, a review by Italian researcher Giuseppe Genchi and colleagues that appeared in the International Journal of Environmental Research and Public Health in 2017, also reviews mercury’s overall toxicity and specific cardiovascular effects.

…the clinical consequences of these and other pathophysiologic mechanisms explain the wide variety of cardiovascular diseases caused by mercury.”

It should not be surprising that many of the biological mechanisms that explain mercury’s deleterious impacts on the brain (recently summarized here by Children’s Health Defense) likewise create problems for the heart. Dr. Houston’s two articles list 22 different vascular biological effects of mercury that he further distills into the eight categories shown in the table below. According to Houston, “the clinical consequences of these and other pathophysiologic mechanisms explain the wide variety of cardiovascular diseases caused by mercury.” These conditions include: hypertension, diastolic dysfunction, generalized atherosclerosis, coronary heart disease, myocardial infarction, cardiac arrhythmias, reduced heart rate variability, sudden cardiac death, cerebrovascular accidents, carotid artery obstruction and left ventricular hypertrophy.

Increased oxidative stress: Mercury prompts increased production of free radicals (a type of reactive oxygen species or ROS) and also inactivates antioxidant defenses, including compromising the activity of the important antioxidant glutathione. “Oxidative stress” is the term used to describe these disturbances in ROS equilibrium. As Genchi and coauthors observe, “Glutathione…is the most potent intracellular and mitochondrial antioxidant for protecting against oxidative stress, inflammation and cardiovascular diseases.” In fact, clinicians consider increased oxidative stress as a predictive biomarker for cardiac pathology: “When the finely regulated signaling pathways of [ROS] molecules become uninhibited, it may lead to the initiation and progression of atherosclerotic disease.”

Thrombosis: Mercury induces thrombosis (blood clotting), in part, by promoting abnormal coagulation and clumping of platelets as well as changes in platelet shape. Back in 1946, clinicians who tested the suitability of mercury-containing gelatin solutions as “plasma substitutes” in 39 patients initially were baffled to observe thrombosis of the injected veins as a significant and frequent “untoward effect.” The physicians stated, “Because of the high incidence and considerable extent of venous thrombosis it seemed likely that the [gelatin] solutions contained a thrombosing substance”; they ultimately concluded that the mercurial preservatives in the gelatin solutions were the “probable cause.”

Changes in vascular smooth muscle cells: Mercury stimulates proliferation and changes in the size of vascular smooth muscle cells (VSMCs), versatile cells that line the walls of arteries and veins. VSMCs play a role “in all the physiological functions in the vascular wall,” including regulation of blood pressure. VSMCs are also “the main cellular determinants of arterial wall pathology.” Genchi et al. point out that exposure to mercury compounds correlates strongly with hypertension. Mercury’s effects on VSMCs have prompted calls to explicitly consider mercury as an “environmental risk factor for cardiovascular disease.”

Dyslipidemia: Heart disease experts have long viewed dyslipidemia (abnormal lipid profiles) as closely related to coronary heart disease as well as metabolic syndrome. Recent studies have confirmed that chronic exposure to organic mercury induces dyslipidemia and contributes to the development of atherosclerotic plaques. According to Dr. Houston and Genchi’s team, mercury disrupts lipids, in part, by inactivating paraoxonase, an antioxidative enzyme that plays an important role in preventing cardiovascular disease and atherosclerosis. Paraoxonase is a major component of high-density lipoprotein (HDL), and mercury-induced inactivation of paraoxonase, makes HDL cholesterol dysfunctional.

Immune dysfunction: Macrophages (a type of immune system cell called phagocytes) play a key role in innate immunity by swallowing, killing and digesting invaders. Exposure to mercury lowers immune function in part by reducing phagocytic activity. Where cardiovascular disease is concerned, macrophages play a role “in both the progression and regression of inflammation” in atherosclerotic lesions. Researchers recently have noted the importance of understanding how pathological factors such as mercury exposure affect macrophage activity so as to improve cardiovascular disease outcomes. A 2016 study by a group of European researchers, which found an association between a heart condition called Takotsubo syndrome (TS) and “hypersensitivity” to mercury and other metals, noted that TS patients displayed “pathological immune reactivity.”

Mitochondrial dysfunction: Scientists have extensively documented mercury’s adverse effects on the mitochondria. Toxicologists have shown that normal human brain cells, for example, preferentially take up organic ethylmercury, damaging the cells’ mitochondria and setting off a cascade that leads to cell death. The maladaptive mitochondrial responses triggered by mercury also play a major role in the development of abnormalities related to cardiovascular disease, including dyslipidemia, hypertension and various cardiac pathologies.

Chelation Therapy: At the close of their article, Genchi and coauthors recommend chelation therapy as a strategy to get rid of mercury and thereby “avoid further distribution and penetration [of mercury] in tissues.” Chelating agents bind to unwanted metals and minerals in the blood and enable urinary excretion. Clinicians started trying out the synthetic amino acid EDTA for the treatment of angina and other forms of atherosclerotic disease beginning in the 1950s, after they observed that EDTA not only chelated lead effectively but also improved and stabilized cardiovascular function.

From 2003–2012, the National Institutes of Health funded the first large-scale study of EDTA chelation therapy—the Trial to Assess Chelation Therapy (TACT)—to examine its safety and efficacy in individuals who had experienced prior heart attacks. Using a rigorous randomized placebo-controlled, double-blind study design, TACT found that EDTA infusions safely reduced the risk of subsequent cardiac events, with particularly pronounced therapeutic benefits in individuals with diabetes. Commenting on what made the TACT study unique, investigators noted that whereas “the association of metals with cardiovascular disease is not new…this knowledge has been held in [discipline-specific] silos…[that] the cardiologist does not often visit.” They added that the TACT results “have unveiled an exciting area of new…research with the underlying concept that xenobiotic metals may be a modifiable risk factor for cardiovascular disease.”

The evidence base for EDTA is most substantial for lead and cadmium. Genchi and coauthors describe other synthetic chelating agents, including DMSA and DMPS, that can chelate and immobilize organic and inorganic forms of mercury, specifically. However, dental expert Dr. Hal Huggins and cardiologist Dr. Thomas Levy (who coauthored the book Uninformed Consent: The Hidden Dangers in Dental Care) discourage use of DMPS, which they describe as a “sledge hammer to the immune system.” On the other hand, Huggins and Levy view oral DMSA as acceptable, if used appropriately.

Studies have reported that children with autism spectrum disorder (ASD) also can benefit from DMSA chelation therapy, which is not surprising given mercury’s role in contributing to ASD. One study carried out with 65 ASD children in the U.S. found that a single round of DMSA had significant behavioral effects that correlated with increased excretion of mercury and other toxic metals as well as changes in glutathione status. Another study involving 44 Egyptian children with ASD generated similar results. Some autism experts have urged caution in using overly aggressive synthetic chelation agents, however.

Dr. Houston and Genchi’s team both comment on the sizeable body burden of mercury that is accumulating in humans of our time (13 milligrams in the average 165-pound individual). In light of the myriad “intake pathways” of mercury (via air, water, food, vaccines, other pharmaceuticals and cosmetics), it behooves the public health community to take seriously the relationship between mercury exposure and cardiovascular disease risks, particularly because cardiovascular disease is the leading cause of death in the U.S. and around the world. At a minimum, it is vital that clinicians evaluate mercury toxicity “in any patient with hypertension, coronary heart disease, cerebral vascular disease, or other vascular diseases and in patients who have a clinical history of exposure or clinical evidence on examination of mercury overload.”