The Interwoven Global Epidemics of Mercury Toxicity and Autism 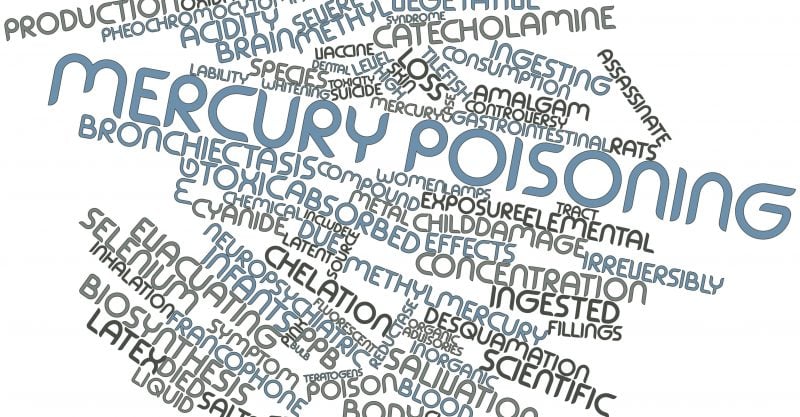 In nature, toxic metals generally are bound with other elements rather than being present in their pure form. However, with the advent of large-scale industrial processes to extract metals from naturally occurring compounds, humans let the genie out of the bottle, contributing significantly to the distribution of mercury, aluminum and other heavy metals in the environment. When released from nature’s semi-protective hold, these “invariably toxic” metals wreak havoc on living systems, including humans, animals and plants alike.

Modern-day scientists have been amassing evidence of mercury’s toxicity for decades, with a growing focus in recent years on the metal’s association with neurodevelopmental disorders, including autism spectrum disorder (ASD). A new review article in the multidisciplinary journal Environmental Research pulls together a wide body of literature with the aim of summing up current research and emerging trends in mercury toxicology. Geir Bjørklund, the study’s lead author, is the founder of Norway’s non-profit Council for Nutritional and Environmental Medicine and has published prolifically on topics related to heavy metals, autoimmune disorders and ASD.

Exposure to mercurial compounds remains widespread, despite feeble attempts to ban some uses. Bjørklund et al.’s review covers all three categories of mercury: elemental, organic and inorganic. Exposure to volatile elemental mercury can come about as a result of occupational contact or vapor from dental amalgam fillings. Organic mercury—the most frequent form of exposure, according to Bjørklund and colleagues—exists as methylmercury (in fish) and ethylmercury (in the vaccine preservative thimerosal). Coal-fired power plants send inorganic mercury into the environment, where the toxic metal works its way up the marine food chain.

Because mercury plays no constructive metabolic role whatsoever, humans have not evolved effective mechanisms to excrete it. Children with ASD have a particularly hard time detoxifying and excreting mercury.

Interconversion between various forms of mercury also occurs. For example, elemental and organic mercury can cross the blood-brain barrier and bioaccumulate in the form of inorganic mercury. Studies also have described “mixed exposure” in the brain to both organic and inorganic mercury compounds. Because mercury plays no constructive metabolic role whatsoever, humans have not evolved effective mechanisms to excrete it. Children with ASD have a particularly hard time detoxifying and excreting mercury.

Mercury exerts toxicity through a number of different mechanisms and has effects at both the molecular and cellular levels. For their purposes, Bjørklund and coauthors zero in on eight interrelated mechanisms, although there are others. Every single one of the toxic mechanisms that they describe has a documented association with ASD.

Bjørklund and coauthors also devote several paragraphs to a discussion of the essential trace element selenium, which plays an important antioxidant role, among other functions. The authors note that mercury is highly “selenophilic,” binding to selenium “with an extraordinarily high affinity…when compared with the affinity for sulfur.” The welcome implication spelled out by the authors—which has been known to researchers for nearly half a century—is that selenium has a “high capability…to reduce the toxicity of [mercury] compounds.” The authors list several mechanisms whereby selenium can minimize mercury-induced toxicity, such as by improving mercury’s excretion or sequestration and strengthening antioxidative activity. Autism researchers have identified “a significant elevation of [mercury]…together with a significant decrease in the [selenium] levels in [red blood cells] of patients with ASD when compared to…healthy controls.” These researchers agree that selenium has an important role to play in reducing mercury toxicity in ASD patients.

It has been over a decade and a half since a seminal publication in Medical Hypotheses described autism as “a novel form of mercury poisoning” and showed how “every major characteristic of autism has been exhibited in…cases of documented mercury poisoning.” Ten years later, Kern and colleagues published a detailed consideration of “parallels between mercury intoxication and the brain pathology in autism” in Acta Neurobiologiae Experimentalis. A 2017 publication in Molecular Neurobiology by autism expert Dr. Richard Frye and others reviews “associations between mercury exposure and ASD subtypes,” even “at doses well below the current reference levels considered to be safe.” Thus, Bjørklund and coauthors are far from alone in synthesizing the evidence base and drawing attention to the global public health epidemics of mercury toxicity and autism.

The CDC authors concluded that there are “many commonalities [and] similarities in the mechanisms of toxic action of methylmercury and ethylmercury,” particularly regarding their association with neurotoxicity and neurodevelopmental disorders such as ASD.

Last year, CDC toxicologists published a comprehensive review that specifically focused on the two forms of organic mercury. The CDC authors concluded that there are “many commonalities [and] similarities in the mechanisms of toxic action of methylmercury and ethylmercury,” particularly regarding their association with neurotoxicity and neurodevelopmental disorders such as ASD. Both forms of organic mercury cause DNA damage (or impair DNA synthesis), affect cell division, decrease glutathione activity and increase oxidative stress, among other similar effects. These findings are particularly noteworthy in light of Bjørklund and coauthors’ observation that “co-exposure with [ethylmercury] and [methylmercury] might induce more adverse neurotoxic effects than each agent alone.” Bjørklund’s team calls on researchers to actively investigate these additive toxicological effects.

At the end of the day, as noted by mercury expert Philippe Grandjean, there is a need to move beyond simply generating “endless replications” in the form of “thousands of toxicology publications every year” on mercury and other well-understood toxic metals. The Bjørklund team’s broad review of over 200 studies—including recent findings as well as articles dating back several decades—shows that we already know more than enough about mercury’s hazards to take decisive action.