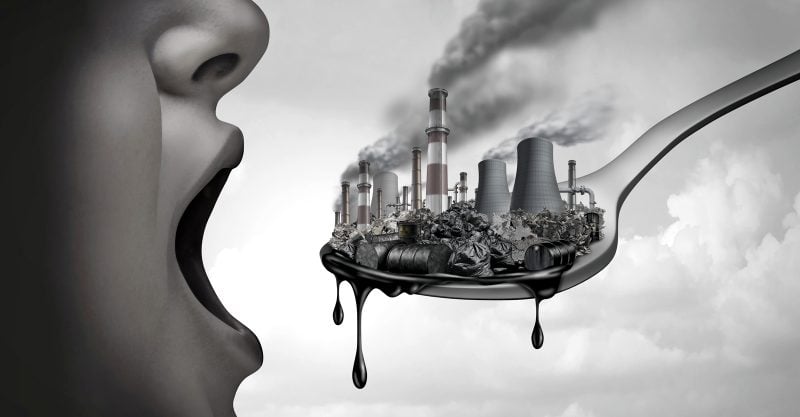 For children in the U.S., cancer is the leading cause of death from disease. Worldwide, cancer has become so prevalent and devastating that some may use the phrase “like curing cancer” when describing something unfeasible or highly complicated. Yet in September, a team of more than 60 stakeholders and leaders in the health, science, business, policy and advocacy sectors collaborated to take a different, perhaps less flashy approach — preventing cancer, specifically by ending the use of toxic chemicals. Under the umbrella of the Childhood Cancer Prevention Initiative (CCPI), this collection of organizations published a report examining the impact of different cancer-causing chemicals and calling for a “national plan” to address the rising incidence of childhood cancer.

The authors of the report indicate that cancer charities and research organizations don’t devote enough resources to prevention.

The CCPI report identifies pesticides, traffic-related air pollution and paints/solvents as the three groups of chemicals giving rise to the most common types of childhood cancer.

The report points out that the World Health Organization’s International Agency for Research on Cancer (IARC) has listed several U.S. Environmental Protection Agency-approved pesticides as either known, probable or possible carcinogens, including glyphosate. The report cites multiple studies that indicate increased risks of childhood leukemia and brain cancer with exposure to residential pesticides, including a recent study showing “increased risk of childhood leukemia associated with higher levels of the residential herbicide chlorothalonil and possibly alachlor, used as an agricultural herbicide.” It also explains that a child with parents working in the agriculture sector is more likely to have a brain tumor, because of their exposure to agricultural pesticides.

The IARC has classified many air pollutants as known, probable or possible carcinogens as well. CCPI describes one study demonstrating that “soot in air pollution, which is a mixture of known carcinogens … can cross the placenta and expose the developing fetus.”

The report explains that a third category, paints and solvents, can increase a child’s risk of leukemia, lymphoma and brain tumors. For example, benzene is a chemical present in many solvents and a known cause of leukemia. The CCPI report lists multiple studies documenting that a mother’s exposure to benzene during pregnancy puts the child at elevated risk for childhood leukemia.

CCPI also emphasizes a need for research into the more than 85,000 manufactured chemicals in use in the U.S. today. “Known carcinogens are used throughout the economy … but recent research suggests that many chemicals in addition to those known to be carcinogens may contribute to cancer,” the report reads. “Because most of these chemicals have never been tested for safety or toxicity, we do not have a comprehensive list of those that may cause cancer in children.”

In terms of solutions, CCPI wants the private sector and the government to work together towards what it calls a “common goal” of “enabl[ing] all children to thrive.”

The authors go on to contend that there is a “compelling business case” for ending the production of these chemicals and products. They note the examples of Lumber Liquidators, who saw a 25% decline in value after being exposed for selling flooring with formaldehyde, and Bayer, who’s stock value fell 44% after a lawsuit found that its glyphosate-based weedkiller Roundup caused cancer.

“Businesses that avoid making needed changes risk millions in legal fees from consumer lawsuits, and even more if an accident occurs involving chemicals of concern that harms employees and local residents,” the authors argue. CCPI sees the companies who produce and use dangerous chemicals and emissions as a not only the problem, but a “potential source for solutions.”

Policymakers have a role to play too. CCPI advocates tight limits on both levels of pesticides in food and exposure to suspect environmental factors. CCPI also recommends that U.S. legislators protect the environmental regulatory programs that are “under attack.”

“Priority efforts should be given to environmental justice: restoring policies that protect communities of color and low-income neighborhoods, who are disproportionately harmed by polluting activities,” the report reads.

Overall, CCPI suggests the way forward includes vast levels of investment into a new economy without chemicals, products and technologies that contribute to cancer.

“Our work suggests that prevention is possible, via research, education, development of safer chemistries, business innovation and strong public policies. But the scale of investments in these areas must dramatically increase,” the report concludes.

CCPI sees its new report as a “first step,” and a demonstration of commitment by the 12 organizations to phasing out cancer-inducing chemicals and finding safer alternatives.