When WHO broadened its definition of global pandemic in 2009, H1N1 vaccine makers profited at taxpayers’ expense. COVID vaccine makers will likely reap even more benefits. 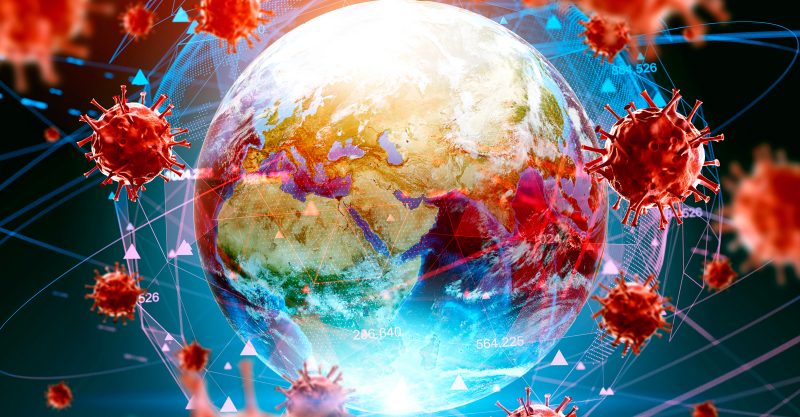 In the years leading up to 2009, the World Health Organization (WHO) worked alongside vaccine manufacturers, namely GlaxoSmithKline (GSK), to ensure that European and African countries entered into contracts to vaccinate their citizens in the event of an unforeseen global flu pandemic.

These dormant, or “sleeping contracts,” stipulated that if a global pandemic were to occur, it would trigger the contracts, specified pharmaceutical companies would manufacture flu vaccines and the respective governments would pay the vaccine manufacturers.

On June 11, 2009, WHO Director-General Margaret Chan declared H1N1 swine flu to be a global pandemic, triggering the dormant contracts and throwing the pharmaceutical and vaccine industry into high gear.

Under the new definition, WHO no longer required that anyone die from an illness before the organization could declare a pandemic. The new definition stipulated only that infections be geographically widespread.

At the time WHO declared the H1N1 swine flu a pandemic, only 144 people worldwide had died from the infection. As Wolfgang Wodarg, then chair of the Parliamentary Assembly of the Council of Europe’s Health Committee, explained:

“The WHO had a definition of a pandemic, which it defined as a virus with high mortality and high morbidity. And in 2009 they suddenly dropped those two characteristics, saying nothing about severity or mortality.”

WHO wasn’t solely responsible for the decision to declare H1N1 a pandemic. WHO officials had consulted an emergency panel of 160 scientists on the International Health Regulations Committee. Although the identities of these scientists weren’t publicly known at the time, a 2010 British Medical Journal investigation revealed that many of the committee members who voted to declare H1N1 a pandemic had financial ties to flu vaccine manufacturers, including GSK.

The declaration of H1N1 as a pandemic launched $18 billion worth of “dormant” flu vaccine contracts, and allowed GSK to push its vaccine, Pandemrix, onto countries all over the world.

The Pandemrix vaccine caused severe, life-long, adverse neurological reactions, including narcolepsy and cataplexy (the sudden, brief loss of voluntary muscle tone triggered by strong emotions), in at least 1,300 children across Europe. It’s possible even more children were injured, as it’s estimated that only 10% of adverse reactions are reported through national adverse event reporting systems.

According to Reuters and other news reports, researchers believed the culprit behind the injuries caused by the GSK H1N1 vaccine was GSK’s AS03 adjuvant, added to the vaccine to stimulate a powerful immune response.

According to a British Medical Journal investigation, GSK’s own internal safety reports showed that GSK was aware of the safety problems with Pandemrix, but never disclosed them to the public. The most alarming data point was a five-fold increase in deaths among those who received Pandemrix, compared with people who received H1N1 swine flu vaccines that didn’t contain the adjuvant.

Lawsuits against the drugmaker began to pile up, but taxpayers ended up footing the bill for millions in damages — because the dormant vaccine contracts included full legal indemnity for the vaccine makers.

The panic that surrounded H1N1 swine flu and the subsequent rush to get vaccinated was in part driven by inflated and widely disseminated models which incorrectly predicted thousands upon thousands of people would die from the flu.

These models were provided by Professor Neil Ferguson and his team of researchers at London’s Imperial College. Ferguson’s group advised the UK government to prepare for at least 65,000 deaths. By the end of the pandemic, H1N1 swine flu had claimed the lives of just 457 people.

Paul Flynn, the vice chairman of the Council of Europe’s European Health Committee, said of the H1N1 swine flu debacle: “The world has been subjected to a stunt by the greed of the pharmaceutical companies.”

Eleven years later, on March 11, 2020, WHO, relying on the same attenuated definition of a pandemic, declared COVID-19 to be a global pandemic.

Many governments based their COVID-19 prevention policies, including border closures and lockdowns, on computer models designed by Ferguson and his team at Oxford, despite the exponential inaccuracies of the model he had provided during the H1N1 pandemic.

Ferguson’s models predicted more than 2.2 million Americans would die from COVID-19. To date, about 229,000 have died.

Imperial College has received more than $180 million dollars from the Bill & Melinda Gates Foundation — making the self declared largest funder of vaccines in the world the second-largest funding source of Imperial College.

Imperial College also has financial ties to an organization founded and funded by the Gates Foundation, GAVI the Vaccine Alliance, a public–private global health partnership focused on increased access to vaccines.

Moncef Slaoui, the chief scientist in charge of U.S. efforts to find a COVID-19 vaccine, now known as Operation Warp Speed, was GSK’s Chairman of Vaccines in 2009. Slaoui oversaw the development and safety testing of GSK’s H1N1 Pandemrix.

In July 2020, Sanofi and GSK secured a $2.1 billion deal to supply the U.S. with 100 million doses of their vaccine. The partnership is a collaboration between a modified Sanofi flu shot and GSK’s AS03 adjuvant, the same compound believed to be responsible for causing permanent brain damage in at least 1,300 European children during the H1N1 swine flu.

If history repeats itself and GSK’s COVID vaccine causes adverse effects, taxpayers — not the vaccine maker — will once again be on the hook for damages. This is because in March 2020, the U.S. Department of Health and Human Services issued a declaration under the Public Readiness and Emergency Preparedness Act, or PREP Act, that broadens immunity for COVID vaccine makers, protecting them “against any claim of loss caused by, arising out of, relating to, or resulting from the manufacture, distribution, administration or use of medical countermeasures,” including vaccines.

These new protections are on top of those already granted to vaccine makers under the National Childhood Vaccine Injury Act (NCVIA) of 1986. NCVIA’s purpose is to eliminate the potential financial liability of vaccine manufacturers in the face of vaccine injury claims.