‘If Wall Street Really Believed in Defending Our Democracy,’ It Would End Political Donations … Forever

In the wake of last week’s attack on the Capitol, some Wall Street firms paused political donations. But critics point out they can still give to 'dark money' groups that don't disclose their donors and often raise far more money than corporate PACs. 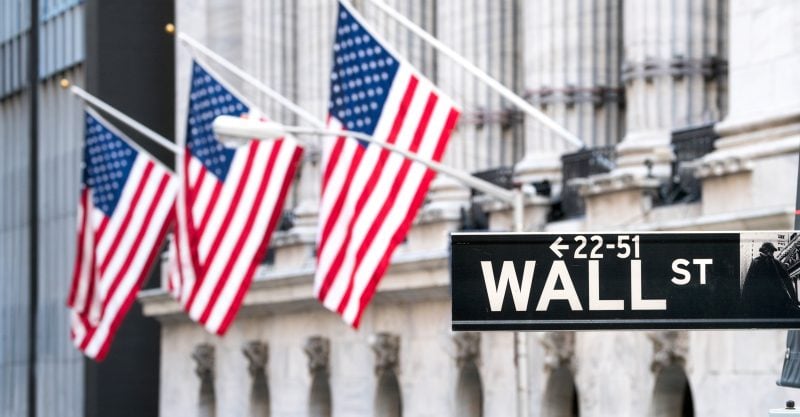 Sen. Bernie Sanders sent a message Dec. 11, to the Wall Street banks that are temporarily pausing their financial contributions to political campaigns amid public outrage over the role Republican lawmakers played in inciting the violent attack on the U.S. Capitol last week: Make the donation moratoriums permanent.

“If Wall Street really believed in defending our democracy, they would commit to never making another campaign donation — period,” the Vermont senator tweeted in response to a Bloomberg report detailing how major U.S. financial institutions — including Morgan Stanley, Bank of America, JPMorgan Chase, Citigroup and Goldman Sachs — are “reassessing, reducing, and in many cases suspending their campaign contributions.”

According to Bloomberg, “Morgan Stanley singled out members of Congress who opposed the move to certify President-elect Joe Biden’s election win, pausing its contributions to them. Goldman Sachs Group Inc. will probably curtail donations to leaders who tried to block the election result as well. JPMorgan Chase & Co. and Citigroup Inc. took a broader swipe, suspending all their donations for now.”

Other large and profitable American corporations have similarly committed to adjusting their political giving in the wake of the mob attack, which was encouraged by Trump and abetted by Republican lawmakers who readily echoed the president’s lies about the November election.

The companies’ moves were met with skepticism from critics who warned that profit-motivated corporations are simply doing public relations to avoid being connected to seditionist lawmakers, not stepping back from influencing the political system out of genuine concern for the state of U.S. democracy.

“The banks and corporations that have annihilated our social fabric, toppled governments, polluted our environment, and exploited us are now trying to get some good PR by pausing their political donations,” tweeted The Gravel Institute, a progressive think tank. “Their evil influence has not stopped in the slightest. Don’t buy it.”

As the New York Times pointed out Dec. 11, the donation suspensions “coincide with the first quarter after a presidential election, which is typically light on fundraising anyway.”

“Efforts by some companies to pause PAC donations to all lawmakers — those who voted to uphold the election as well as those who sought to overturn it — are raising eyebrows,” the Times reported. “And companies can still give to ‘dark money’ groups that don’t disclose their donors but often raise far more money than corporate PACs.”

Emphasizing that point and outlining steps democrats can take to curtail dark money, The Daily Poster’s Andrew Perez and David Sirota wrote that “if you are a billionaire or a corporation in America today, you can bankroll seditious politicians and the radical right-wing movement that staged last week’s violent insurrection at the U.S. Capitol — and you can do so with impunity.”

“Right now, an increasing portion of resources flooding into politics is going into dark money groups that do not have to disclose their donors,” Sirota and Perez noted. “OpenSecrets estimated that dark money groups injected more than $750 million into the 2020 elections — and that does not account for other dark money that funds propaganda, misinformation, and astroturf organizing.”

Corporations are trying to launder their reputations by temporarily suspending small PAC donations to insurrectionist Republicans – but the real cash fueling the radical right is dark money. Here are ways Dems can expose this dangerous financial network. https://t.co/HR2Ov5erqc

While some companies provided specific timelines for their donation pauses, many did not specify how long the suspensions will last, leaving an opening for a quiet return to political giving in the near future.

As Popular Information reported earlier this week, Dow Inc. vowed that its pause of “all corporate and employee political action committee (PAC) contributions to any member of Congress who voted to object to the certification of the presidential election” will “remain in place for a period of one election cycle (two years for House members; up to six years for senators).”

JPMorgan Chase, meanwhile, said its suspension of donations to both Republicans and democrats in Congress will only last six months. Citigroup’s pause of all political contributions will last only until the end of the current quarter.

Theodore Schleifer, money and influence reporter for Recode, argued that “beyond the symbolism, the impact of these corporations’ decisions could prove relatively minor.”

“What would probably prove more significant for American elections,” Schleifer wrote, “would be if these donation bans become more permanent, or if corporations dissolve their PACs entirely; if companies’ billionaire executives and board members pledge to follow their corporate policies in their own disclosed and undisclosed personal giving; or if they fundamentally reshaped their lobbying strategies to not engage with GOP legislators or the entire Republican Party in Washington.”

“Last week could serve as a broader reset in how big business approaches Washington,” added Schleifer. “But the pause in corporate PAC giving would just be the beginning.”