How Are the Unvaccinated Doing? Survey Says: Healthy But Unjustly Treated 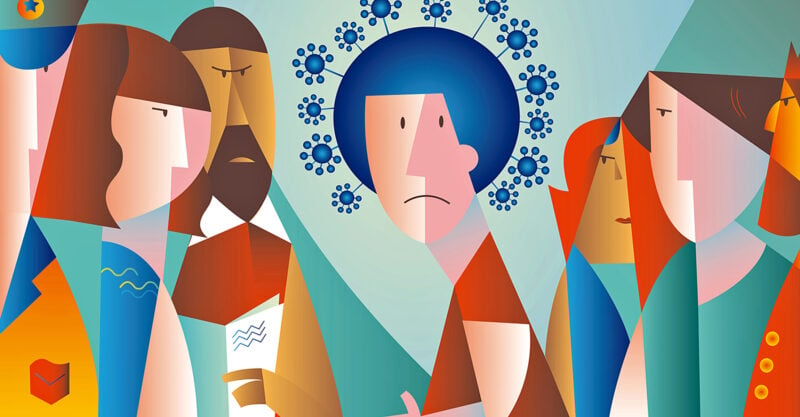 The study reported the survey results of 18,497 individuals unvaccinated against COVID-19 throughout the world who voluntarily offered personal information through the Control Group Cooperative — also known as the “Vaccine Control Group” — which is a citizen-led initiative that seeks to provide an “independent, worldwide, long-term study of the health outcomes of the SARS-CoV-2 vaccine-free.”

After collecting the survey results, the Control Group Cooperative invited a team of independent international medical researchers to analyze and publish the data.

The authors — including Robert Verkerk, Ph.D., from the U.K., Dr. Christof Plothe, D.O., of Germany, Naseeba Kathrada, M.B.Ch.B., of South Africa and Dr. Katarina Lindley, D.O., of the United States — said that “between 20% and nearly 50% of respondents, depending on region, reported being personal targets of hate, implying victimization, owing to their COVID-19 vaccination status.”

“Proportionately, rates of such victimization were highest in Southern Europe and South America and lowest in Western Asia and Southern Africa (although the number of respondents in the latter regions were also substantially lower).”

“Such discrimination and restriction of liberties based on a medical choice may fall foul of relevant national anti-discrimination laws and international treaties, such as the United Nation’s International Covenant on Economic, Social and Cultural Rights (UN Office of Public Information, 1966), which includes fundamental rights to liberty and security of person, freedom of movement, privacy, religion and belief, freedom of expression, and peaceful assembly.”

Teachers and nurses ‘most intensely impacted’ by medical choice discrimination

Verkerk — who led the study team and is the scientific director for the Alliance for National Health International — told The Defender in an email that their data showed teachers and nurses were the two professions “most intensely impacted” by discrimination for their medical choice to abstain from COVID-19 vaccination.

“In many countries,” he explained, “but most especially in Australia and Canada, they required vaccination for many employees as a condition of work.”

For instance, on Aug. 24 Sky News reported that the Education Department in Queensland, Australia, issued a letter stating they will dock up to 18 weeks of pay for unvaccinated teachers as a disciplinary measure for refusing COVID-19 vaccination.

The department claimed the teachers had “acted inappropriately” by ignoring the public health advice.

Such actions were reflected in the study data, Verkerk said.

“Survey respondents reported feeling more victimized by the respective government authorities than by the non-state entities,” according to the study authors.

“Rates of perceived discrimination were greatest among respondents in Southern Europe (61%), Western Europe (59%), Australia and New Zealand (57%) and South America (57%),” they wrote.

Based on their analyses of the survey data, the study authors included a list of contributing factors that they considered to likely be “major drivers of discrimination,” Verkerk told The Defender.

Study results show ‘pandemic of the unvaccinated’ was misinformation

Verkerk told The Defender that the study data exposed the “nonsense” behind the “pandemic of the unvaccinated” narrative which claimed that COVID-19 infection rates were higher among those unvaccinated against COVID-19.

On average, one quarter (n = 4,636, 25.1%) of the survey respondents reported experiencing symptomatic COVID-19 at some stage during the survey period, the authors said.

They added that 3% (n = 556) reported experiencing an asymptomatic case of COVID-19.

Moreover, the study data showed that less than 2% of the cases required hospitalization. The authors said:

“Only 74 respondents out of the 5,196 (1.4%) who reported suspected or known SARS-CoV-2 infection also reported that they were hospitalized following infection.

“Therefore, outpatient or inpatient hospitalization was reported in just 0.4% of the full survey cohort.”

As a rough comparison, data from New York as of Aug. 22 indicates that 0.52% of vaccinated individuals over the age of 5 have been hospitalized with COVID-19.

Vitamin D, vitamin C, zinc and quercetin were used regularly by the majority of the cohort in treating COVID-19, they said.

Study a step toward comparative research between vaccinated and unvaccinated

“Our belief,” the Control Group Cooperative said on their website, “is that without a vaccine-free control group to compare against, there is no true measure of the levels of safety and effectiveness proclaimed by governments and health organizations across the world.”

“Science demands that every experimental treatment must have a control group in order to properly evaluate its long-term success and efficacy.”

According to the Control Group Cooperative, the COVID-19 vaccines “were rushed out” under Emergency Use Authorization, using “novel technology without any long-term testing.”

The original control group for the “experimental treatment,” they noted, was eliminated several months after the trial commenced when the placebo recipients were offered the vaccine, “which the vast majority took. Therefore, there is no longer an official control group.”

The Control Group Cooperative is now an invaluable resource that serves as an international database collecting information from unvaccinated individuals.