Parents of cadets at the U.S. Military Academy report leadership is forcing 37 unvaccinated cadets to live in a single tent for Cadet Field Training during the months of June and July. 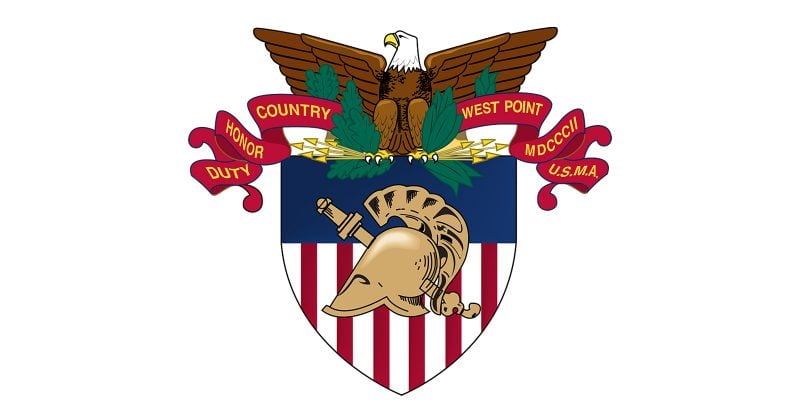 Parents of Army cadets at the U.S. Military Academy (USMA) report the academy’s leadership is forcing 37 unvaccinated cadets to live in a tent designed for 20 people during the academy’s June and July Cadet Field Training program.

Vaccinated cadets will live in open-bay barracks by platoons, with a small separate section for female cadets. The barracks have electricity for fans during the hot summer months in New York, and separate male and female latrines and showers.

The U.S. Food and Drug Administration (FDA) prohibits any entity or employer from  mandating an Emergency Use Authorization (EUA) product, which includes all COVID vaccines being administered in the U.S. The law applies to the military, unless it is granted a presidential waiver.

West Point leadership has a duty to uphold federal law. Furthermore, the Nuremberg Code enumerated in detail that medical interventions cannot be coerced, and that doctors must offer treatment alternatives, with established safety and efficacy, to any experimental drug.

Military vaccine exemption policy accepts proof of natural immunity from prior infection in lieu of vaccination. Overall, only 139 of 4,000 cadets in the corps have not been vaccinated, according to documents obtained by Military Freedom Keepers. And herd immunity has been achieved at 97%, far exceeding the recommended >60% naturally acquired immunity in populations to protect the elderly and infants.

West Point’s departure from science-based health policy raises questions about ethics. Will healthy unvaccinated cadets live in tents in the winter? Will officers and enlisted personnel also be removed from housing to live in tents — or does this discriminatory segregation policy apply only to cadets?

According to the latest policy, unvaccinated cadets must also wear masks, which could  undermine cohesion in the ranks. It would be illegal to require service members with other infectious diseases to add an additional item to their uniforms that would single them out on the basis of a medical issue.

One officer at West Point, who did not want to be named, described how he was aggressively counseled on his supervisor’s intent to be merciless about reprimanding any mask-wearing violations.

The unvaccinated officer also must keep his office door closed, despite everyone else in his department being vaccinated. And he was required to physically enter the vaccination site on post and sign a DOD refusal form.

The officer told us a list of names of all the unvaccinated at West Point — cadets and staff — was leaked to the public.

A more rational policy approach to achieving herd immunity should include antibody testing or T-cell testing. The military immunization exemption guidance includes administrative, religious and medical exemptions. Permanent exemptions clearly indicate a serologic antibody test is evidence of existing immunity for vaccine exemption, and in this situation, blood tests should be offered to every cadet along with vaccine contraindication screening:

Despite this official guidance, a cadet who did not want to be named told us Col. Laura Dawson, a West Point medical officer, has scolded unvaccinated cadets and referred to them as “grandma killers” and “science deniers” — instead of providing them with informed consent and accepting their right to refuse an experimental drug.

Another officer at West Point, who also did not want to be named, provided two reports accusing Dawson of conduct unbecoming an officer, both involving Class of 2021 cadets who waited until after May graduation to initiate Inspector General (IG) complaints.

In one pending complaint against Dawson, a male cadet with a painful hernia alleged Dawson refused him medical treatment because he was unvaccinated, leading him to comply and receive the vaccine. The alleged threat to withhold medical treatment occurred despite the fact that other cadets who tested positive for COVID received surgeries.

An unvaccinated female cadet, who had a severe case of COVID resulting in her personal long-term physician recommending against the vaccine due to a possible heart contraindication, alleged Dawson threatened to recommend she not be allowed to graduate because she was “medically weak.” The cadet, who was three days from graduation, refused the vaccine after seeking additional counsel on her rights.

The Inspector General needs to investigate these allegations by recent graduates, including complaints filed by parents of active cadets who are reluctant to file complaints for fear of retaliation.

Parents (who asked not to be named) of a cadet in the segregation tent said it “goes against the honor of cadets” for West Point leadership to allow Health Insurance Portability and Accountability Act of 1996 (HIPPA) privacy violations, to mark unvaccinated people with a mask, “to separate and single out,” to promote a climate of intimidation and humiliation, and to affirm the experimental drug is voluntary and push the only choice is to accept it.

Some parents said they are concerned about Dawson’s agenda after reports she allegedly told unvaccinated cadets she “can’t wait to jam it into their arms.” These are adults who are qualified to make their own medical decisions, and who are now medical refugees held hostage to the ideology of a West Point medical officer.

West Point leadership needs to immediately conduct a risk assessment on this segregation policy for cadets, including the impact on morale and mental health.

COVID mRNA drugs have serious adverse risks, as documented in the government-run  Vaccine Adverse Events Reporting System, which are being omitted from informed consent discussions between providers and patients. Military medical personnel also are administering the vaccines without assessing individual contraindications.

Medicine is not one-size-fits-all. The medical community has no data on long-term effects of the COVID mRNA drugs in humans. Have either West Point or the U.S. Army prepared a contingency plan for a potentially fatal antibody-dependent enhancement epidemic caused by a vaccine designed for a virus with a 99.9% survival rate among young, healthy, fit people?

The U.S. military reports 25-53% vaccine uptake across all branches. West Point is using these low rates as an excuse to take coercive measures in order to reach a 97% vaccination rate in cadets.

Members of the public can demand an investigation, oversight and accountability by sending their concerns to the West Point Inspector General, and to their U.S. Representatives and Senators.

Here are the people to contact at West Point:

West Point’s public affairs office was contacted for comment on this article, but did not respond.