Justice Amy Coney Barrett, who handles emergency appeals from the U.S. Court of Appeals for the 7th Circuit, chose not to bring the matter before the full Supreme Court and provided no explanation for her decision. 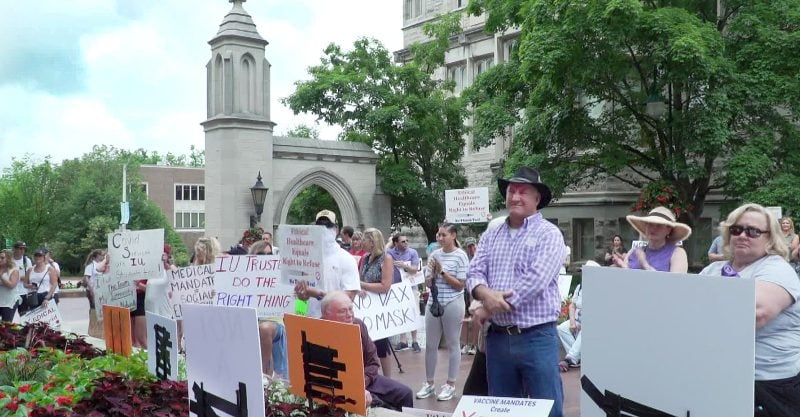 In the first coronavirus vaccine mandate challenge of its kind before the nation’s highest court, the eight Indiana University (I.U.) students requested an emergency order, arguing that they are adults who are “entitled to make their own medical treatment decisions, and have a constitutional right to bodily integrity, autonomy, and of medical treatment choice in the context of a vaccination mandate.”

“I.U., however, is treating its students as children who cannot be trusted to make mature decisions,” they said, accusing university officials of substituting themselves “for both the student and her attending physician, mandating a choice which is the student’s to make, based on her physician’s advice.”

Justice Amy Coney Barrett — who handles emergency appeals from the U.S. Court of Appeals for the 7th Circuit — chose not to bring the matter before the full Supreme Court. She provided no explanation for her decision.

Earlier this month, an all-Republican panel of judges on the 7th Circuit Court denied a request to issue an injunction against I.U.’s vaccine mandate, upholding a lower federal court’s ruling.

The panel cited Jacobson v. Massachusetts, a 1905 U.S. Supreme Court decision holding that states can require all members of the public to be vaccinated against smallpox — a disease with a 30% mortality rate that killed millions of people each year until it was eradicated in the late 20th century following a worldwide vaccination campaign.

Given Jacobson, the 7th Circuit ruled, “there can’t be a constitutional problem with vaccination against SARS-CoV-2,” the coronavirus that causes COVID-19.

Furthermore, the court said that “this case is easier than Jacobson,” because unlike Massachusetts’ universal vaccine mandate at issue in that case, I.U. offers students medical and religious exemptions from vaccination.

The 7th Circuit judges also noted that students “who do not want to be vaccinated may go elsewhere” for schooling.

“Many universities require vaccination against SARS-CoV-2, but many others do not,” they said. “Plaintiffs have ample educational opportunities.”

According to the Chronicle of Higher Education, over 700 of the more than 5,000 accredited U.S. institutions of higher learning currently require students to be inoculated against the coronavirus.