Type 2 Diabetes in Kids and Teens Forecasted to Soar 673%

Up to 220,000 young Americans under age 20 might have Type 2 diabetes by 2060 — a 673% increase from 2017 levels — according to a study published last month in Diabetes Care, a journal of the American Diabetes Association. 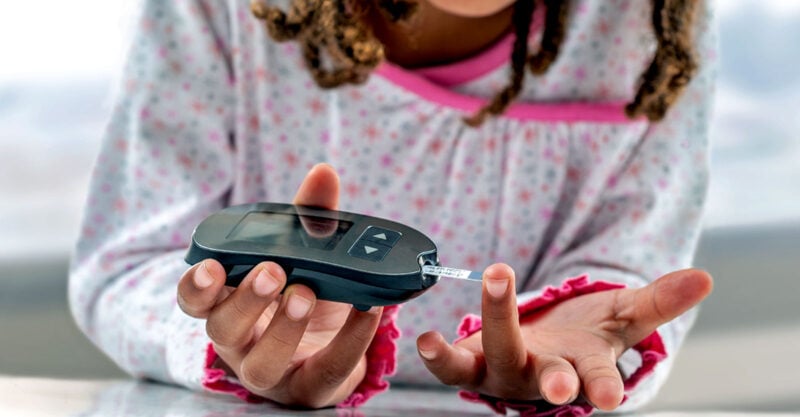 A new modeling study has found that the number of young Americans who are likely to develop Type 2 diabetes in the country could rise almost sevenfold over the next 40 years — an estimate that has shocked some experts.

The study, “Projections of Type 1 and Type 2 Diabetes Burden in the U.S. Population Aged <20 Years Through 2060: The SEARCH for Diabetes in Youth Study,” was published in Diabetes Care, a journal of the American Diabetes Association (ADA), on Dec. 16.

The study found a higher burden of Type 2 diabetes among Black, Hispanic, Pacific Islander and American Indian/Alaska Native youths by this time.

“This new research should serve as a wake-up call for all of us. It’s vital that we focus our efforts to ensure all Americans, especially our young people, are the healthiest they can be,” said Centers for Disease Control and Prevention (CDC) Acting Principal Deputy Director Dr. Debra Houry in a Dec. 29 press release.

“The COVID-19 pandemic underscored how critically important it is to address chronic diseases, like diabetes. This study further highlights the importance of continuing efforts to prevent and manage chronic diseases, not only for our current population but also for generations to come.”

Type 1 diabetes does not have a known cause. It is believed to be linked to environmental or genetic factors.

Type 2 diabetes develops in individuals whose pancreas does not generate enough insulin, and the cells end up becoming insulin resistant. The situation can lead to a rise in blood sugar levels, which can turn out to be very dangerous with time.

This type of diabetes is often linked to inactivity and obesity. There is no known cure for Type 2 diabetes. Instead, it has to be managed by following a good diet, regular exercise and medications.

According to the CDC, the projected increase in Type 2 diabetes in the study could be related to the “increasing prevalence of childhood obesity.”

In addition, if a mother has diabetes, it raises the risk of the disease in her children. As such, the diabetic condition of a childbearing mother is also a key factor.

Dr. Christopher Holliday, director of the CDC’s Division of Diabetes Translation, calls the numbers “alarming,” according to the release.

“This study’s startling projections of Type 2 diabetes increases show why it is crucial to advance health equity and reduce the widespread disparities that already take a toll on people’s health,” he said.

In the United States, 37.3 million people had diabetes as of 2019, accounting for 11.3% of the population. The condition was the seventh leading cause of death in the country that year, according to the ADA, resulting in 87,647 deaths.

In July, the CDC pointed to a study that claimed there has been a 30% surge in gestational diabetes between 2016 and 2020. Gestational diabetes refers to diabetes that occurs during pregnancy among females who previously did not have the condition.

Roughly 50% of the women who get gestational diabetes end up developing Type 2 diabetes.

The rise in gestational diabetes comes amid an increase in women’s body mass index prior to pregnancy, rising maternal age and increasing plurality, which refers to the number of live births per pregnancy.

Naveen Athrappully is a news reporter covering business and world events at The Epoch Times.