The U.S. Food and Drug Administration approved a monoclonal antibody injection for adults and children 8 and older who have stage 2, Type 1 diabetes. The drug’s wholesale cost is $193,900 for a 14-day supply, and it comes with a risk of unknown side effects. 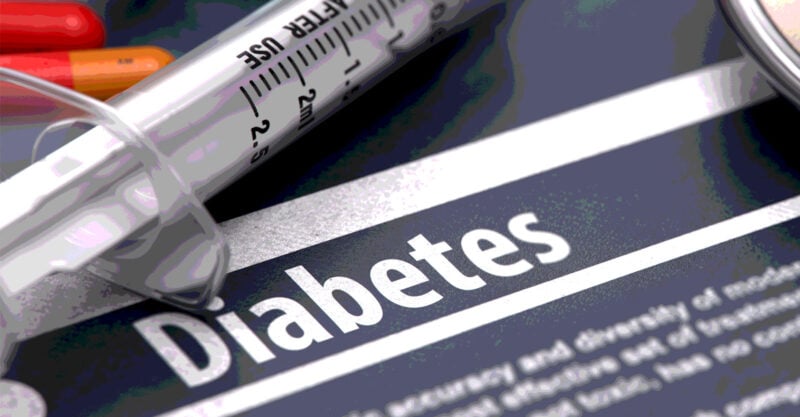 The FDA approved the first drug that delays the onset of Type 1 diabetes. The American Diabetes Association called the approval a “historic moment” for those living with the condition. I call it absurdity on steroids, as this drug does not treat or prevent Type 1 diabetes. It only delays its onset for about two years.

Meanwhile, the drug’s wholesale cost is $193,900 for a 14-day supply, and it comes with a risk of unknown side effects. Type 1 diabetes is a serious condition, but marketing this drug as a savior of sorts is at best misleading and at worst downright dangerous.

What is Type 1 diabetes?

Type 1 diabetes affects close to 2 million people in the U.S. It’s far less common than Type 2 diabetes, and affects only about 5% to 10% of people with diabetes. It’s believed to be caused by an autoimmune reaction, during which the body mistakenly attacks and destroys cells in the pancreas known as beta cells.

Without insulin, which is necessary for blood sugar to enter cells to be used as energy, blood sugar builds up in the bloodstream, causing damage. While it’s thought that genetics play a role in Type 1 diabetes, most people diagnosed do not have a family history of the disease.

Further, environmental factors, including viruses, may trigger the condition. It can occur at any age but is most commonly diagnosed in children and young adults.

There are three stages of Type 1 diabetes that are formally diagnosed. Stage 1 occurs when at least one diabetes-related autoantibody has been detected via screening tests, even though blood sugar levels are still normal and no symptoms are present.

Type 1 diabetes develops over the course of months or years and, as mentioned, symptoms may not develop until the later stages of the disease. By this time, the symptoms, which are caused by high levels of sugar in the blood, can be severe — even life-threatening. These include:

The FDA approved Tzield (teplizumab-mzwv), made by drugmakers Sanofi and Provention Bio, for use in adults and children 8 years and older who have stage 2, Type 1 diabetes. Tzield is a monoclonal antibody injection that neither treats nor prevents Type 1 diabetes. Instead, it’s intended to delay the onset of stage 3, Type 1 diabetes.

“Tzield binds to certain immune system cells and delays progression to stage 3 type 1 diabetes. Tzield may deactivate the immune cells that attack insulin-producing cells, while increasing the proportion of cells that help moderate the immune response. Tzield is administered by intravenous infusion once daily for 14 consecutive days.”

The drug’s safety and efficacy were evaluated via a trial involving just 76 patients with stage 2, Type 1 diabetes. Participants received either Tzield or a placebo once daily via an intravenous infusion for 14 days.

Tzield associated with serious side effects

Serious side effects were reported with Tzield use, however, including decreased levels of white blood cells, along with rash and headache. Warnings and precautions are warranted with the use of Tzield, according to the FDA, including monitoring for symptoms of the following:

CRS is an acute systemic inflammatory syndrome that includes fever and multiple organ dysfunction. Cytokines are a group of proteins that your body uses to control inflammation.

If you have an infection or are given immunotherapy drugs, your body will release cytokines to help combat inflammation, but sometimes it releases more than it should.

If the cytokine release spirals out of control, the resulting “cytokine storm” becomes dangerous and is closely tied to sepsis. According to Provention Bio, “CRS occurred in TZIELD-treated patients during the treatment period and through 28 days after the last drug administration.”

Because of this, patients are instructed to pre-medicate with antipyretics, antihistamines and/or antiemetics before using Tzield — and use these drugs to treat any related symptoms that develop during treatment. Provention Bio continued:

“If severe CRS develops, consider pausing dosing for 1 day to 2 days and administering the remaining doses to complete the full 14-day course on consecutive days; or discontinue treatment. Monitor liver enzymes during treatment.

Regarding serious infections, Provention Bio stated that people with active serious or chronic infections should not use Tzield, and those who do should be monitored for signs and symptoms of infection during and after use.

Lymphopenia, a reduced level of white blood cells often seen alongside infections like HIV, COVID-19 and tuberculosis, also occurred in 78% of patients treated with Tzield.

The drug may also interfere with the immune response to vaccination. As such, the FDA noted that “all age-appropriate vaccinations” must be administered “prior to starting Tzield.” Concurrent use of the drug and live, inactivated and mRNA vaccines must also be avoided.

Conventional medicine currently falls short in helping those with Type 1 diabetes, but Tzield only delays its onset by about two years — at a significant monetary cost and risk of serious side effects. Other options deserve further scrutiny — options that have only positive related effects, such as intermittent fasting or time-restricted eating.

An editorial written in The BMJ by noted research scientist James DiNicolantonio, PharmD., discusses the results of several studies that have found repeated episodes of fasting may induce cell growth of pancreatic beta cells in mouse models.

The growth is associated with an increased expression of Ngn3, a protein involved in converting DNA into RNA critical for endocrine cells in the pancreatic islets of Langerhans, the cells responsible for producing insulin.

The increase in islet beta cells induced through intermittent fasting was accompanied by a marked improvement in blood sugar control in the animal studies. These observations were of greatest interest to individuals suffering from Type 1 diabetes, as they often experience near-complete inflammatory destruction of the islet beta cells.

“With respect to Type 1 diabetes,” DiNicolantonio wrote, “production of new beta cells might enable its resolution if the autoimmune attacks that destroyed the original complement of beta cells can somehow be quelled.”

Another option that’s free, safe and available to everyone is simply changing the order in which you eat certain foods. Among children with Type 1 diabetes, consuming carbohydrates at the end of the meal has been found to be beneficial.

Twenty patients with Type 1 diabetes aged 7 to 17 years were included in a related study. They consumed two meals in random order. For the first meal, the protein and fat components were consumed first, followed 15 minutes later by the carbohydrates.

Dr. Jason Fung, a nephrologist (kidney specialist) and author of several books, explains you can get a more beneficial response, including reducing insulin and glucose, simply by frontloading protein and fats in your meal and leaving the carbs for later. He continued:

“This might mean a lot of things, including you need less insulin, which might lead to less weight gain overall because we know that those high glucose levels, those high insulin levels, are going to drive weight gain.

“This actually has massive implications for the way we need to structure our meals. … We might be able to take less medications. We may be able to lose weight, because again that lower level of insulin is going to cause less weight gain.

“And what it means is that you really have to frontload your meals so that you’re taking your protein, and your fat and your vegetables right upfront and leaving the carbohydrates to the end.”

For best results, he says, wait about 10 minutes after consuming the protein and fats before you eat the carbs, similar to the way you might eat an appetizer before your next course.

It’s unfortunate that a close-to-$200,000 drug is being heralded as a breakthrough for Type 1 diabetes, especially since it only delays its onset and is so risky for overall health. What’s needed to truly help those suffering from this devastating condition is research into safe and effective modalities for prevention and treatment.

“We’re working with the Diabetes Research Center to see whether, even after the child is born, as long as they don’t have full-blown type 1 diabetes, what can we do to help stop it? And it turns out that the combination of vitamin D and omega-3 really matters.”

Black cumin (nigella sativa) also deserves special mention, as studies have shown it can help prevent both Type 1 and Type 2 diabetes. Instead of pouring research into toxic drug treatments, studies delving into vitamin D, time-restricted eating and environmental triggers of Type 1 diabetes, among other strategies, could offer real hope for those with or at risk of Type 1 diabetes.