A Tribute to Raymond Obomsawin

Raymond Obomsawin, Ph.D. was an early pioneer calling out the injuries and deaths that follow mass vaccination programs. He passed away on Dec. 28, at home surrounded by family. 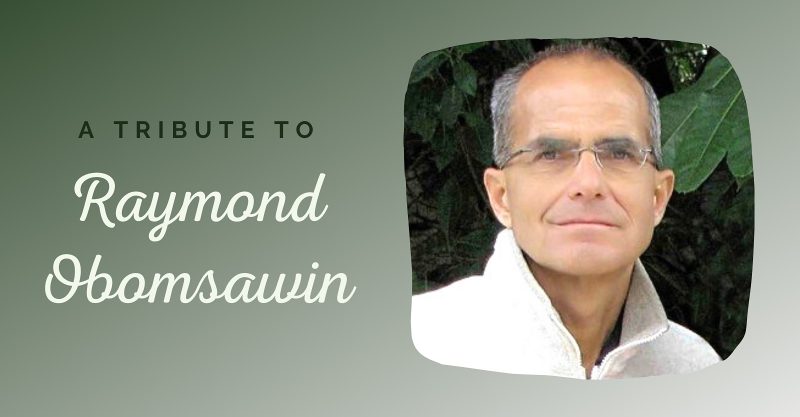 Raymond Obomsawin, Ph.D. was a courageous man who stood for the highest principles in health care. He was an early pioneer calling out the injuries and deaths that follow mass vaccination programs. He passed away on Dec. 28, at home surrounded by family.

In his 2015 lecture, “The Truth About Vaccines — Immunity, Infectious Disease and Vaccination Science of Life,” he shows us via historical and statistical facts that vaccines along with chemicals, pharmaceuticals and denatured food have had a severe and negative impact on human health.

In the 1980s, the Canadian government committed substantial funding to the “Expanded Programs of Immunization” in South East Asia. As an evaluation analyst for the Canadian International Development Agency, Obomsawin was sent to Thailand in 1991 to assess the impact of that initiative. What he found did not please the government.

Rather than improving children’s health, Obomsawin found that the expanded “immunization program” was causing harm, even death following vaccination. He included these findings in his evaluation report which the government refused to publish.

Clearly, he had stumbled upon the grim reality that the expanded vaccination program did not save lives, but instead undermined children’s health so his findings had to be suppressed. Some years later, as reported by Robert F. Kennedy, Jr., Morgensen and colleagues published similar reports which found infant vaccination programs in West Africa resulted in 5 to 10 times more deaths in children injected with DTP vaccines than those who had not been vaccinated. As with the suppression of Obomsawin’s findings, so too were the increased deaths of African children suppressed and censored.

In the preface to the 3rd edition of the report, he writes:

“The research covered in this document tackles the issue of universal immunization from a very broad perspective, thereby going well beyond the more obvious realities of its being a ‘medical racket’ hatched by a pharmaceutical industry beholden to its investors, and religiously dispensed and defended by allopathic medicine men. Through employing trans-disciplinary and integrative analyses it draws upon wide-ranging disciplines and fields of thought as it considers the purposes, policies and practices surrounding mass immunization … As a review document, this report poses an open challenge to the scientific, developmental, and humanitarian basis of this global public policy, in turn urging national governments to establish a far more rational, effective and harmless inter-sectoral approach in seeking to ensure that the children and families of our world community enjoy lifelong natural immunity to infectious diseases.”

We urge everyone concerned about the continuing aggressive rollout of mass vaccination programs to download and save Obomsawin’s historic report. What was happening then is now being imposed on us in an expanded and aggressive way. History will continue to repeat itself if we remain ignorant of the past and fail to take decisive action today against malevolent “health” policies run amuck.

“The medico-industrial complex has neither wavered nor modified its posture of providing a whitewashed endorsement and promotion of what is largely an unproven technological fix of dubious origin, which carries its own seeds of disease and death.”

Edda West is the co-founder of Vaccine Choice Canada.