A Utah man under age 50 suffered a bilateral pulmonary embolism, low platelets and blood clots in his lungs and legs after vaccination with Johnson & Johnson’s vaccine. 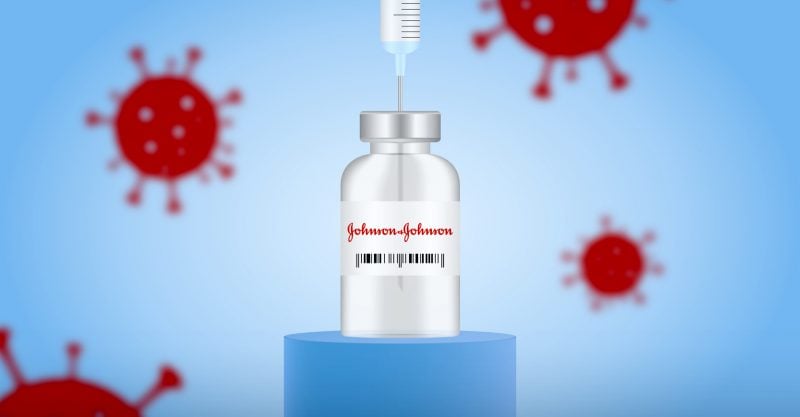 Doctors at University of Utah Health announced Wednesday they treated the third male in the U.S. to develop rare blood clots that may have been caused by the Johnson & Johnson (J&J) COVID vaccine.

According to the medical center’s press release, the man received J&J’s vaccine in early April. Ten days later he experienced pain in his toes, which then progressed to his thighs. He later began experiencing chest pain.

According to KUTV2, doctors said a CT scan revealed a bilateral pulmonary embolism. Physicians discovered low platelets and blood clots in his legs and lungs, leading them to suspect VITT was the cause.

Dr. Yazan Abou-Ismail, assistant professor of medicine in the medical center’s hematology division, treated the man. As Abou-Ismail performed more tests, he began to strongly believe the blood clot came from the vaccine, though the Centers for Disease Controls and Prevention (CDC) is still investigating.

“There are certain cases where we would expect long-term effects to happen,” Abou-Ismail said. “I do not think this is one of those cases.”

The patient was provided the recommended treatment for VITT. Specialized medical tests were consistent with this diagnosis and the case was reported to the Vaccine Adverse Event Reporting System and discussed directly with the CDC. The patient responded to treatment and continues to recover at home.

About-Ismail said the hospital is being transparent so the community can learn about VITT and recognize it sooner, but added he believes the dangers of COVID outweigh potential risks from the J&J vaccine.

VITT is characterized by the presence of two conditions concurrently: thrombosis (often in unusual sites like the cerebral sinus veins or splanchnic veins) and thrombocytopenia, and has been linked to J&J and AstraZeneca COVID vaccines.

The J&J vaccine, marketed under the company’s Janssen subsidiary, and the AstraZeneca vaccine contain replication-incompetent adenoviral vectors — human Ad26.COV2.S and chimpanzee ChAdOx1, respectively — which encode the spike glycoprotein on SARS-CoV-2.

It is believed that leakage of DNA from the adenovirus-infected cells binds to platelet factor 4, triggering the production of auto-antibodies, according to Dr. Karen Furie, neurologist-in-chief at Rhode Island Hospital.

On April 23, the CDC’s independent advisory panel voted 10 – 4 to recommend the continued use of the J&J vaccine with no restrictions following a short pause of the single-dose shot over blood clotting concerns.

The CDC identified 15 cases of blood clots, all in women, including three deaths, seven hospitalizations and five recovering at home.

The CDC panel said the link between blood clots and J&J’s vaccine was “plausible,” but concluded the vaccine’s benefits outweighed the risks, and recommended the vaccine for persons 18 years of age and older in the U.S. under the FDA’s Emergency Use Authorization.

On April 27, The Defender reported a 30-year-old California man was hospitalized with blood clots after receiving J&J’s vaccine. It was the first time U.S. public health officials specifically acknowledged VITT in a male who received J&J’s shot.

European regulators have identified links between rare blood clots in both the AstraZeneca and J&J vaccine. On April 20, the European Medicines Agency said a warning label should be added to J&J’s vaccine, but said overall benefits still outweigh risks.

On May 3, Denmark became the first European country to ditch the J&J vaccine, citing a possible link to blood clots. The move by the Danish Health Authority followed its  decision last month to dump AstraZeneca’s vaccine over similar concerns.