Thailand’s National Health Security Office as of March 8 paid the equivalent of $45.65 million to settle COVID-19 vaccine injury compensation claims under a system that is relatively easy to navigate, and quick to pay. 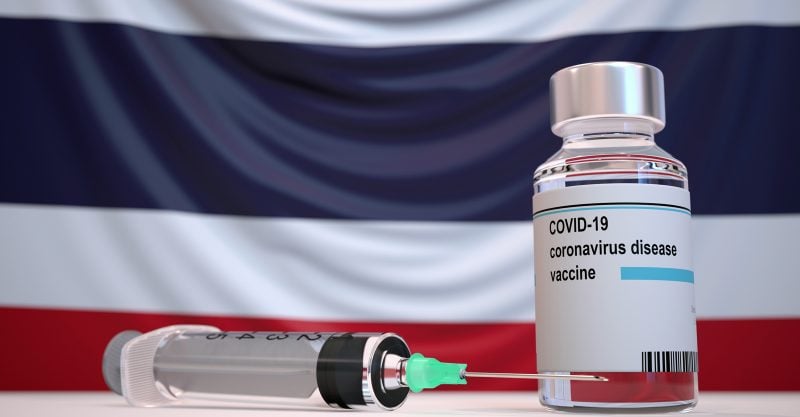 The payouts were made to 12,714 people, including family members of some people who died as a result of the vaccine.

The figures released on March 9 represent a continued increase in claims approved by Thailand’s NHSO. As of Dec. 26, 2021, only 8,470 claims had been approved for compensation.

The vaccines being administered in Thailand are primarily the British-Swedish AstraZeneca vaccine, and the Chinese-made Sinovac vaccine.

As reported by The Defender in December 2021, “no-fault” refers to a measure put in place by public health authorities, private insurance companies, manufacturers and/or other stakeholders to compensate individuals harmed by vaccines.

Such programs allow a person who has sustained a vaccine injury to be compensated financially, without having to attribute fault or error to a specific manufacturer or individual.

The other two options include allowing vaccine-injured people to sue private-sector actors, such as vaccine manufacturers or their insurers, or to place the full financial burden on the patient.

In the case of Thailand, the compensation scheme sets forth the following payout categories:

For the third category of claims, the specific amount awarded is contingent on the level of damages found to have been caused by the vaccine, as well as the financial state of the patient.

When the compensation fund was set up in 2021, Dr. Jadej Thammatacharee, the NHSO’s secretary-general, stated the available funds would total 100 million baht ($2.98 million), but that initial budget already has been exceeded many times over.

Thailand’s “no-fault” system makes it easy to secure compensation, at least when compared to similar schemes in the U.S. and other western countries.

Claims can be submitted by the individuals in question, or their families, at the hospital where they were vaccinated, at provincial health offices, or at NHSO regional offices. Moreover, claims can be entered up to two years after the adverse effects first occur.

Any individual claiming injury or side effects can file a claim for initial financial aid to provide an unspecified amount to claimants prior to confirmation that the injuries resulted from the vaccine.

If it is later determined the adverse effects were not a result of the vaccine, the claimants are entitled to keep this initial financial payout.

The turnaround time on claims also appears to be quick, when compared to the U.S. and several other countries.

The Bangkok Post reported that 13 panels across Thailand meet on a weekly basis to consider compensation claims. Those that are approved are paid within five days. Rejected claims can be appealed directly to the NHSO secretary-general within 30 days.

Available figures from the Thai authorities do not break down the number awarded claims for deaths, serious injuries and disabilities, or other injuries and adverse effects.

However, according to information provided by Thailand’s Department of Disease Control (DDC), as of Oct. 24, 2021, three deaths were linked to COVID vaccination.

According to Chawetsan Namwat, the DDC’s director for emergency health hazard and disease control, two of these deaths were a result of thrombosis. The other death came after the onset of a severe allergic reaction and shock following the administration of the vaccine.

Of the 842 deaths that were investigated up until that date, 541 were found to be “coincidental events,” including cardiovascular disease, stroke, pulmonary embolism, blood infections, lung inflammation, lung cancer and breast cancer.

For an additional 66 deaths, it was inconclusive whether the vaccine led to the fatalities — with 47 of these individuals also having been diagnosed with cardiovascular disease.

A further 41 deaths were categorized as “unclassified,” as there was not enough information available to make a determination regarding whether the deaths were linked to the vaccines.

According to a Feb. 18 briefing from healthdata.org, COVID-19 was the 13th most common cause of death in the country for the preceding week, behind such causes as chronic kidney disease, liver cancer, Alzheimer’s disease, diabetes mellitus and road injuries.

Ischemic heart disease and stroke were recorded as the top two causes of death in Thailand during the same period.

As previously reported by The Defender, as of Nov. 1, 2021, only one COVID vaccine injury claim had been approved for compensation by the Countermeasures Injury Compensation Program (CICP).

As of today, the figure remains at one — a claim which has not yet been paid. No new claims were compensated in the interim.

As reported by the CICP:

“As of March 1, 2022, the CICP has not compensated any COVID-19 countermeasures claims.

“Six COVID-19 countermeasure claims have been denied compensation because the standard of proof for causation was not met and/or a covered injury was not sustained.

“One COVID-19 countermeasure claim, a COVID-19 vaccine claim due to an anaphylactic reaction, has been determined eligible for compensation and is pending a review of eligible expenses.”

The bill would amend the CICP to improve responsiveness, create a commission to examine the injuries directly caused as a result of COVID countermeasures and allow those whose claims have been previously rejected to resubmit claims for new consideration.

Since 2010, a total of 7,547 compensation claims have been filed with the CICP. Only 41 were deemed eligible for compensation; still fewer (30) were actually compensated.

Notably, as of the March 4 release of Vaccine Adverse Event Reporting System (VAERS) data, a total of 1,168,894 adverse effects following COVID vaccination have been reported, including 25,158 deaths and 46,515 cases of permanent disability.

CICP was established under the aegis of the Public Readiness and Emergency Preparedness (PREP) Act of 2005. The PREP act was developed to coordinate the response to a “public health emergency.”

The law is scheduled to remain in place until 2024.

VICP, however, covers only those vaccines routinely administered to children and to pregnant women. To help fund the program, those vaccines are subject to a federal 75-cent excise tax.

The small number of approved compensation claims and the slow review process has recently led to calls for the modernization of vaccine compensation programs in the U.S.

Canada, which also only recently established a no-fault compensation program, as of Dec. 16, 2021, had approved fewer than five of 400 claims filed. More recent data from Canada’s Vaccine Injury Support Program is unavailable as of this writing.