Rand Paul: I’m Not Getting Vaccinated Because I Already Had COVID

In a radio interview, Sen. Rand Paul said because he had COVID, he has acquired natural immunity. Some scientists not only agree, but warn that people who previously had the virus may be at risk of being injured by the vaccine. 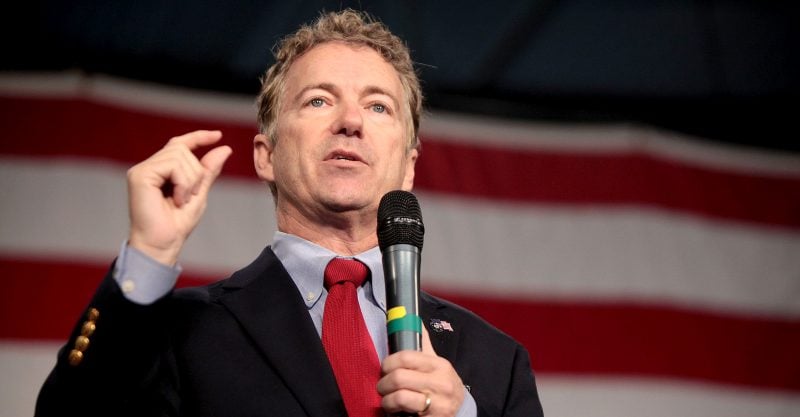 Sen. Rand Paul (R-K.Y.) said Sunday he will not get vaccinated against COVID as he already had the disease and therefore has acquired natural immunity.

During an interview with John Catsimatidis on his radio show WABC 770 AM, Paul, a physician, said he was making the personal decision because he already had COVID, acquired natural immunity and there is no evidence to support vaccinating people who’ve already had the disease.

Paul has been critical of COVID restrictions and mask mandates, often challenging Dr. Anthony Fauci, director of the U.S. National Institute of Allergy and Infectious Diseases, during Senate panel hearings on the COVID response.

Paul said getting vaccinated should be a personal choice and no one should be forced to get vaccinated.

“In a free country, you would think people would honor the idea that each individual would get to make the medical decision, that it wouldn’t be a big brother coming to tell me what I have to do,” Paul said.

“Are they also going to tell me I can’t have a cheeseburger for lunch? Are they going to tell me that I have to eat carrots only and cut my calories?” Paul added. “All that would probably be good for me, but I don’t think big brother ought to tell me to do it.”

The Centers for Disease Control and Prevention (CDC) encourages people who have had COVID to get vaccinated because “experts do not yet know how long you are protected from getting sick again after recovering.”

As The Defender reported, since the first COVID vaccine received Emergency Use Authorization in the U.S. some physicians and scientists have challenged the CDC’s recommendation, citing the lack of science to support vaccinating those who’ve acquired natural immunity.

Some scientists suggest vaccinating those who’ve already had the disease or were recently infected poses potential risks, including death.Dr. Hooman Noorchashm, accomplished surgeon, patient safety advocate and staunch supporter of the new COVID vaccines, has written several letters to the U.S. Food and Drug Administration (FDA) urging the agency to require pre-screening for SARS-CoV-2 viral proteins in order to reduce COVID vaccine injuries and deaths.