"DOJ failed. Justice in this case requires exposing the truth and holding the perpetrators accountable, not rushing a settlement to beat an election." 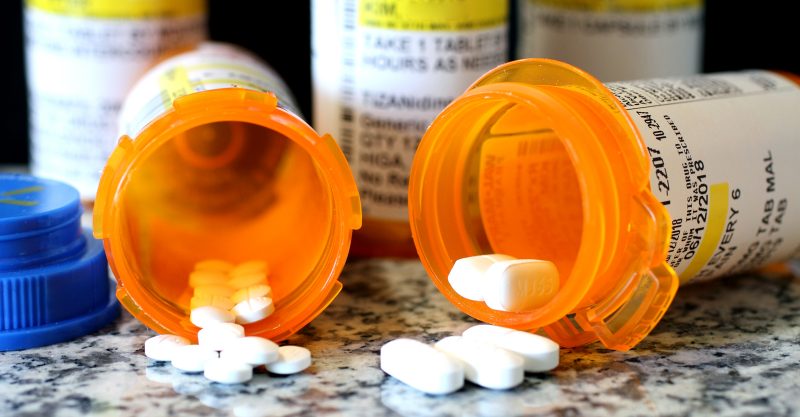 The Trump Justice Department announced that Purdue Pharma — the notorious maker of OxyContin — has agreed to plead guilty to criminal charges for its role in the opioid epidemic and pay $8.3 billion in penalties, punishments that critics panned as too late and far too little to match the scale of the corporation’s deadly and “evil scheme to push addictive drugs for profit.”

Under a separate civil settlement, the DOJ said members of the ultra-wealthy Sackler family — the owners of Purdue Pharma — will pay $225 million in civil penalties for their role in a company program under which “representatives intensified their marketing of OxyContin to extreme, high-volume prescribers who were already writing ’25 times as many OxyContin scripts’ as their peers, causing healthcare providers to prescribe opioids for uses that were unsafe, ineffective, and medically unnecessary, and that often led to abuse and diversion.”

Robert Weissman, president of consumer advocacy group Public Citizen, said in a statement that “for there to be accountability for the corporate-fueled opioid addiction epidemic, which has cruelly taken hundreds of thousands of lives, there must be prosecution of those members of the Sackler family who, along with other executives and owners, were responsible for Purdue Pharma’s deadly deception.”

“Purdue Pharma is a bankrupt company that will operate in the future as a social benefit corporation, or possibly not at all,” said Weissman. “Today’s guilty plea comes too late for the millions of lives that Purdue’s crimes destroyed over the past decade.”

Massachusetts Attorney General Maura Healey, who sued Purdue Pharma in 2018 for its role in fueling the opioid crisis in her state, echoed Public Citizen, tweeting that she is “not done with Purdue and the Sacklers.”

“DOJ failed. Justice in this case requires exposing the truth and holding the perpetrators accountable, not rushing a settlement to beat an election,” Healey said. “I will never sell out the families who have been calling for justice for so long.”

Purdue has agreed to plead guilty in federal court to felony charges of conspiracy to defraud the U.S. and violate the Food, Drug, and Cosmetic Act, as well as two counts of conspiracy to violate anti-kickback laws. The Justice Department’s settlement does not preclude the possibility of future criminal charges against Purdue executives or members of the Sackler family; whether the DOJ would pursue such charges is another question.

As the New York Times noted, “it is unlikely the company will end up paying anything close to the $8 billion negotiated in the settlement deal” because “it is in bankruptcy court and the federal government will have to take its place in a long line of creditors.”

Margarida Jorge, campaign director for advocacy coalition Lower Drug Prices Now, said the DOJ’s settlement is “a betrayal to the families of the more than 750,000 Americans who have lost their lives due to the opioid epidemic and countless others whose lives have been shattered by addiction.”

“Thanks to Trump’s Justice Department,” Jorge continued, “the Sacklers will still come out ahead, with the fine making up only a fraction of the profit one of the country’s richest families made from peddling poison to Americans in pain.”