99% of Pregnant Women in Study Tested Positive for Glyphosate, Which Researchers Linked to Lower Birth Weight

Indiana University School of Medicine researchers who found glyphosate in 99% of the pregnant women they observed in the Midwest said the toxic chemical levels were associated with lower birth weight and possibly also higher neonatal intensive care unit admission risk. 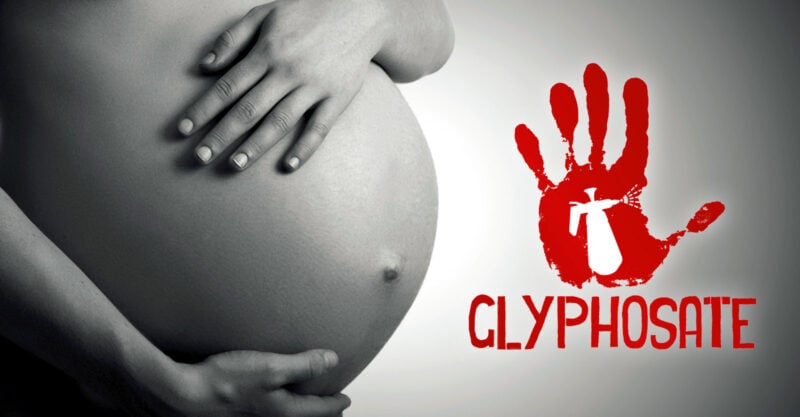 Indiana University School of Medicine researchers are learning more about the effects of herbicide exposure during pregnancy, finding glyphosate in 99% of the pregnant women they observed in the Midwest.

This is the second small-scale study the researchers have conducted with significant findings.

The team’s previous study, published in 2018, was the first study to confirm glyphosate in 93% of pregnancies which found associations with shortened pregnancies.

Other recent studies have also confirmed their findings.

“But little is known about how these chemicals can impact fetal development in humans.”

Glyphosate is a chemical, commonly found in Roundup, used to kill weeds. It is used by farmers and homeowners across the U.S., but especially in the Midwest on corn and soybeans.

Previous studies have shown people can be exposed to glyphosate in all the foods they eat, even packaged or organic foods.

Over the course of several years, researchers observed a cohort of 187 pregnant women in Indiana, collecting urine samples in the first trimester of their pregnancies.

All but one of the women had glyphosate detected in their urine.

Winchester said previous studies have shown a variety of negative effects of pesticide exposure in animal models, but not much is known about the impact on fetal development in humans.

“As a neonatologist, I’m seeing more and more infants with problems like low birth weight as well as mothers with issues like obesity or gestational diabetes,” Winchester said.

“We need to keep studying these herbicides long term to find out how they could be causing these issues and what we can do to prevent them.”

Researchers hope to study glyphosate exposure in a larger group of pregnant women over time.

This study was a collaborative effort with Franciscan Health in Indianapolis, University of California San Francisco, University of Arkansas for Medical Sciences and King’s College London School of Medicine.