When Brian Lilla discovered how toxic Monsanto’s Roundup weedkiller had made California’s Napa Valley, he wrote and produced an investigative documentary that he hopes will inspire communities to open a dialogue about the dangers of glyphosate. 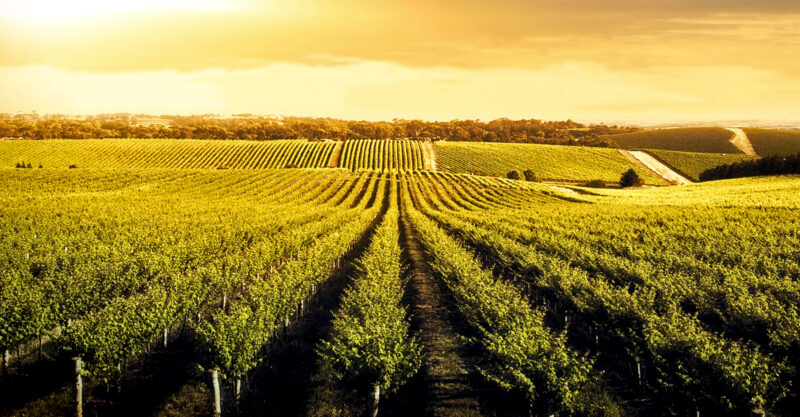 When Brian Lilla moved from Oakland, California, to Napa Valley he made an unfortunate discovery: Napa Valley was beautiful, but it also was highly toxic.

Why? Because of the widespread use of Roundup weedkiller on the region’s vineyards.

Lilla’s discovery led him to make “Children Of The Vine,” an investigative documentary on Roundup and the pesticide’s impact on public health.

The film weaves together facts about Roundup, and its key active ingredient — glyphosate — with stories about people who developed cancer after using Roundup, scientists, lawyers and journalists working to end the use of Roundup, and farmers who do and those who don’t use the weedkiller.

Lilla is the documentary’s director, producer, publicist, writer and researcher.

The film’s title, “Children Of The Vine,” is a nod to the ’70s horror film, “Children of the Corn,” based on a short story by Stephen King.

“My wife says that ‘Children Of The Vine’ sounds like a horror film,” Lilla said. “I always tell her it is.”

Lilla told The Defender his discovery about the toxic effect of Roundup on Napa Valley inspired him to make the film.

“We had our first daughter in 2014, and then found out Napa County had the highest rate of cancer in children in California in 2015,” said Lilla.

At first, Lilla’s idea was to investigate why the rate of cancer was so high in Napa County’s children, and make a film about it. But an oncologist he spoke with told him it would take a long time and be very expensive to conduct an investigation like that.

On the other hand, the oncologist said, he could use common sense, and consider what the major industries were in the area, and what toxins they produce.

Wine-producing vineyards are a major industry in Napa Valley. Lilla described going for early morning bike rides in January and February, and seeing farmworkers driving ATVs through the rows of grape vines.

They were hauling huge canisters of the herbicide Roundup and spraying it to prevent weeds.

Lilla could smell the chemical.

Glyphosate, the key ingredient in Roundup, was patented in the U.S. in 1964, as a descaling and chelating agent.

In 1970, Monsanto discovered glyphosate was an effective herbicide and patented it for this use. In 1974, Monsanto brought glyphosate to market under the trade name Roundup.

The use of Roundup skyrocketed — increasing by 1,500% — after the commercialization of “Roundup Ready” crops, which were genetically engineered to be glyphosate-tolerant.

The first Roundup Ready crop to go to market was soybeans, followed by canola, cotton, corn, alfalfa and sugarbeets.

Lilla interviewed Carey Gillam, an investigative journalist who wrote “Whitewash: The Story of a Weed Killer, Cancer, and the Corruption of Science.” Gillam started investigating genetically engineered crops “and what they were really about” in the mid-1990s, just after their introduction.

In 2015, the International Agency for Research on Cancer, the specialized cancer agency of the World Health Organization, classified glyphosate as “probably carcinogenic to humans (Group 2A),” opening the door for lawsuits.

In the U.S., approximately 140,000 plaintiffs have alleged they developed non-Hodgkin lymphoma from exposure to Roundup, and that they should have been warned about the risk.

One of those cases was Jack McCall. In the “Children Of The Vine,” Jack’s widow, Teri McCall, said they were careful to avoid toxins, but Jack believed Roundup was safe. So for 30 years, he sprayed it around their 20-acre farm.

Jack died in December 2015, from a rare and aggressive type of non-Hodgkin lymphoma.

Teri filed a wrongful death suit against Monsanto in 2016, claiming the company downplayed the risk of using Roundup. Her attorneys included Michael Baum, Cynthia Garber and Brent Wisner (who appears in the film) of Baum Hedlund Aristei & Goldman, and Robert F. Kennedy, Jr., of Kennedy & Madonna.

Commenting on the McCall case, Kennedy, who is chairman and chief legal counsel for Children’s Health Defense, said:

“Glyphosate is the product of both modern chemistry and a profoundly corrupt corporate culture. It is sad for our country and our people that such a powerful economic leader can only be trusted to put private greed before public health.”

Glyphosate may do more than increase the risk of cancer. Part of what makes glyphosate so toxic is that it’s a very efficient chelator. This means it easily binds to metals and minerals, which can disrupt gut microbes by making minerals unavailable to the microbes.

In Lilla’s film, Dr. Zach Bush, a physician specializing in internal medicine, endocrinology and hospice care, points out that glyphosate also disrupts the shikimate pathway, an important metabolic pathway in both plants and microbes. Beneficial microbes are particularly sensitive to glyphosate.

The chemical industry claimed humans could not store glyphosate in our bodies, that we excrete glyphosate at the same rate we ingest it.

However, said Bush, “Recent studies in breastmilk are starting to suggest that certain glands in the body are able to accumulate glyphosate at even higher levels within our tissues. We’re seeing as much as 700 to 1,600 times more Roundup in breastmilk samples than we are allowed to have in our water system.”

Lilla told The Defender one of the things he learned through making the film was how flawed the regulatory process for agrichemicals is.

For example, in the film, Dr. Nathan Donley, senior scientist at the Center for Biological Diversity, explained that the assessment of toxicity submitted by companies to the U.S. Environmental Protection Agency (EPA) only gives data on the toxicity of the active ingredient, not the toxicity of the final product.

With Roundup, glyphosate is the active ingredient, but the mix includes the surfactant polyethoxylated tallowamine, to enhance the toxicity of glyphosate.

“It’s brilliant, really,” Donley said, “if it wasn’t so immoral and corrupt.”

Lilla’s hope for the film is that “it will inform and inspire audiences.” He said he doesn’t want there to be a “witch hunt” against farmers who use Roundup. Rather, the goal is to generate dialogue within communities to end the use of Roundup.

Kim Konte, executive director of Non-Toxic Neighborhoods, appears in the film. She told The Defender her hope is that “the film will empower people to take action where they live. To begin the dialogue with local elected officials, who are often unaware of the copious amounts of chemicals that are being applied.”

Lilla also hopes the film will keep the pressure on Bayer to phase out the use of Roundup. In 2021, Bayer announced it will stop selling glyphosate-based herbicides for residential use in the U.S. beginning in 2023.

But the chemical giant will continue selling glyphosate-based herbicides for professional and agricultural use.

For those who want to see the film, Lilla told The Defender it will be available for wide distribution on a large platform (like Netflix, HBO or Discovery) within a year.

For now, Lilla said he is focused on a community screening campaign for “Children Of The Vine.”

Lilla said the community screening campaign is audience-driven. Individuals or groups can contact him to book a screening in their community.

Once booked, Lilla and his team support the organizers to hold a successful event that promotes meaningful dialogue about the use of Roundup in the community.

So far, screenings have taken place in communities in California, in various community settings — even on a farm — and at colleges and universities. Usually, a panel follows the screening, and dialogue among community members is encouraged.

“Of course,” said Lilla, “Someone can watch the film alone, and it might inspire them to make different personal choices. But when people come together as a community and have a dialogue, that helps bring change.”