The authors of a report by the National Academies of Sciences, Engineering, and Medicine called for “robust and effective collaboration between local communities, states and federal agencies in order to respond to the challenge of PFAS exposure.” 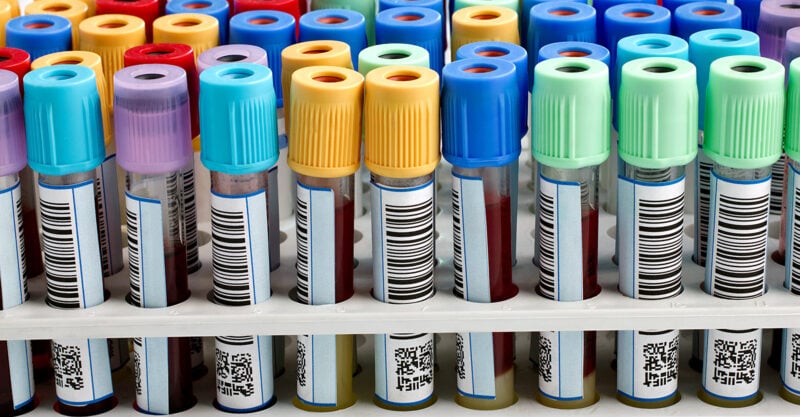 U.S. government health agencies need to move quickly to launch broad testing of people exposed to types of toxic chemicals known as PFAS to help evaluate and treat people who may suffer PFAS-related health problems, according to a report issued July 28 by the National Academies of Sciences, Engineering, and Medicine (NASEM).

The report recommends that the Centers for Disease Control and Prevention advise clinicians to offer PFAS blood testing to their patients who are likely to have a history of elevated exposure to the toxins.

The testing should be done for people with occupational exposure, as well as those who have lived in communities with documented contamination, and those who have lived where contamination may have occurred — such as near commercial airports, military bases, wastewater treatment plants, farms where sewage sludge may have been used, or landfills or incinerators that have received waste containing PFAS, according to the report.

People found with PFAS in their blood at levels higher than 20 ng/ml potentially face a higher risk of serious problems, the report states.

“Our report shows that we are going to need robust and effective collaboration between local communities, states and federal agencies in order to respond to the challenge of PFAS exposure,” Ned Calonge, chair of the NASEM committee that authored the report, said in a statement.

NASEM acts as the collective scientific national academy of the United States and its recommendations typically are highly regarded. It was created to provide independent and objective guidance that informs American policy.

The report released today is sponsored by the U.S. Department of Health and Human Services.

Lawyer Rob Bilott, who helped expose the dangers of PFAS contamination through litigation, applauded the report, saying it “reaffirms and amplifies the warning I have been trying to get out to the public and health officials for decades as to the unprecedented scope and scale of the public health threat” posed by PFAS.

“If you look at the human blood levels of concern identified in this new report, it becomes clear that a massive portion of our entire population is already at risk from exposure to these toxins and that steps should be taken now to address this ongoing public health threat,” Bilott said in a statement.

PFAS is an acronym for a class of chemicals known as per- and polyfluoroalkyl substances. PFAS are also often referred to as “forever chemicals” because they do not break down in the environment and bioaccumulate, persisting in the bodies of humans and animals.

There are more than 4,000 man-made PFAS compounds used by a variety of industries for such things as electronics manufacturing, oil recovery, paints, fire-fighting foams, cleaning products and non-stick cookware.

People can be exposed through contaminated drinking water, food and air, as well as contact with commercial products made with PFAS. Some PFAS have been linked to cancer, immune deficiencies, thyroid disease and other health problems. 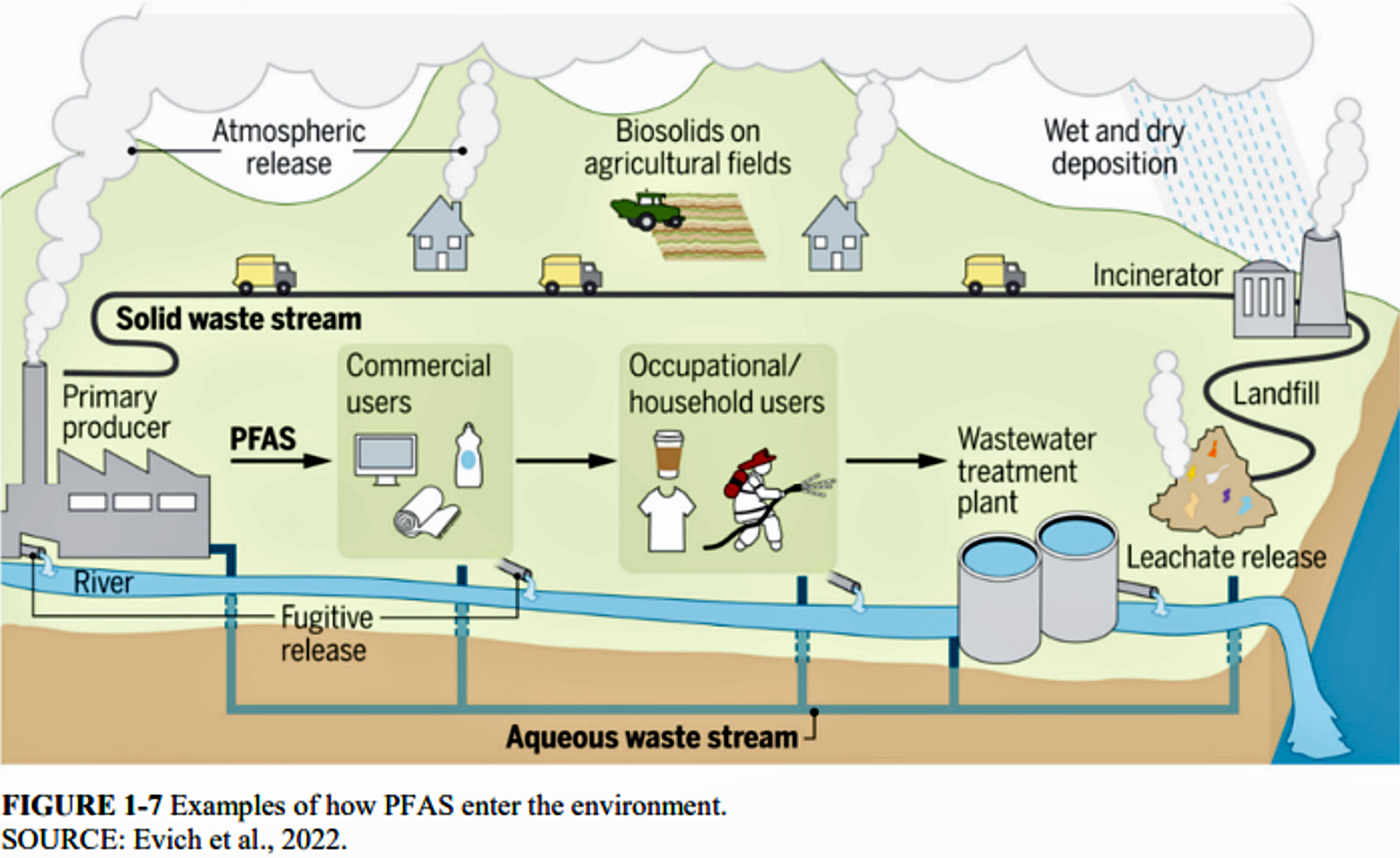 Last year, the U.S. Environmental Protection Agency (EPA) identified more than 120,000 locations around the United States where the agency believed people may be exposed to types of PFAS. The scope of the list underscored that virtually no part of America appears free from the potential risk of air and water contamination with PFAS.

The Biden Administration has announced a series of steps to try to restrict PFAS from contaminating water, air, land, and food as well as to clean up PFAS pollution and speed up research on other PFAS issues.

Last month, the administration started the process of designating two types of PFAS — PFOA and PFOS — as hazardous substances under the law, which would allow the EPA to deploy recover clean-up costs from companies responsible for contamination and take other steps to address contamination.

The NASEM report warned that people with PFAS in their blood above 2 ng/mL but below 20 ng/ml may face the potential for adverse effects, especially in “sensitive populations,” such as pregnant women.

Clinicians should encourage reduction of PFAS exposure for these patients and prioritize screening for a range of health problems that include hypertensive disorders of pregnancy, breast cancer, signs of kidney and testicular cancer and ulcerative colitis, according to NASEM.

More information is needed on how PFAS affects children and pregnant women, according to NASEM, which recommends gathering data that specifically addresses those groups.

The report notes that systemic racism and issues of environmental justice could compound the “challenge of responding clinically to PFAS contamination.”

“While environmental justice research specific to PFAS contaminants has been limited, place-based factors that may put individuals at greater risk of exposure (siting of chemical companies, refineries, and industrial sites), coupled with insufficient access to environmental screening, information, and adequate health care, have disproportionate impacts on Black, Hispanic, and Indigenous communities, as well as low-income populations.

“PFAS contamination did not just randomly occur in rural communities serviced by well water that happened to be near industrial sites. Rather, the locating of certain industrial sites and decisions to dispose of PFAS with limited regard for the surrounding community’s access to safe water are rooted in the relationship and history of these industries and communities.

“The disposal of these chemicals did not occur as single events lacking context, but reflected a pattern of decisions made over time. Understanding the historical and social context influencing how and where PFAS are distributed is an essential part of identifying effective mitigation strategies.”