A study published May 4 by the academic journal Frontiers in Environmental Science finds pesticides widely used in American agriculture pose a grave threat to organisms that are critical to healthy soil, biodiversity and soil carbon sequestration to fight climate change. 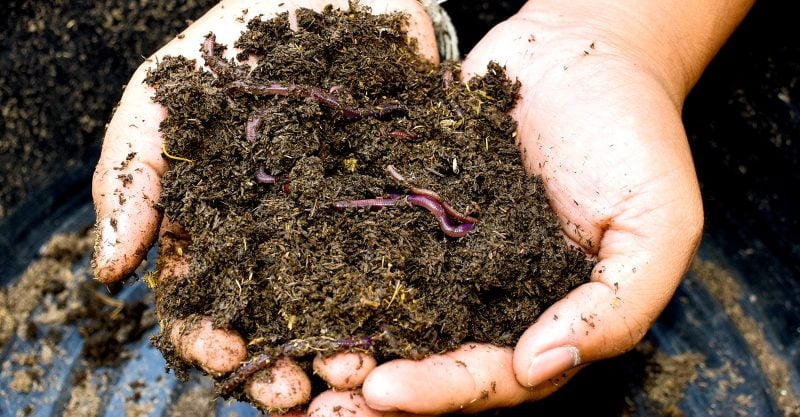 A new study published May 4 by the academic journal Frontiers in Environmental Science finds that pesticides widely used in American agriculture pose a grave threat to organisms that are critical to healthy soil, biodiversity and soil carbon sequestration to fight climate change. Yet those harms are not considered by U.S. regulators.

The study, by researchers at the Center for Biological Diversity, Friends of the Earth U.S. and the University of Maryland, is the largest, most comprehensive review of the impacts of agricultural pesticides on soil organisms ever conducted.

“It’s extremely concerning that 71% of cases show pesticides significantly harm soil invertebrates,” said Dr. Tara Cornelisse, an entomologist at Center for Biological Diversity and co-author of the study. “Our results add to the evidence that pesticides are contributing to widespread declines of insects, like beneficial predaceous beetles and pollinating solitary bees. These troubling findings add to the urgency of reining in pesticide use.”

The findings come on the heels of a recent study published in the journal Science showing pesticide toxicity has more than doubled for many invertebrates since 2005. Despite reduced overall use of insecticides, the chemicals most commonly used today, including neonicotinoids, are increasingly toxic to beneficial insects and other invertebrates. Pesticides can linger in the soil for years or decades after they are applied, continuing to harm soil health.

The reviewed studies showed impacts on soil organisms that ranged from increased mortality to reduced reproduction, growth, cellular functions and even reduced overall species diversity. Despite these known harms, the Environmental Protection Agency does not require soil organisms to be considered in any risk analysis of pesticides. What’s more, the EPA gravely underestimates the risk of pesticides to soil health by using a species that spends its entire life aboveground — the European honeybee — to estimate harm to all soil invertebrates.

“Below the surface of fields covered with monoculture crops of corn and soybeans, pesticides are destroying the very foundations of the web of life,” said Dr. Nathan Donley, another co-author and scientist at the Center for Biological Diversity.

“Study after study indicates the unchecked use of pesticides across hundreds of millions of acres each year is poisoning the organisms critical to maintaining healthy soils. But our regulators have been ignoring the harm to these important ecosystems for decades.”

Soil invertebrates provide a variety of essential ecosystem benefits such as cycling nutrients that plants need to grow, decomposing dead plants and animals so that they can nourish new life, and regulating pests and diseases. They’re also critical for the process of carbon conversion. As the idea of “regenerative agriculture” and using soil as a carbon sponge to help fight climate change gains momentum around the world, the findings of this study confirm that reducing pesticide use is a key factor in protecting the invertebrate ecosystem engineers that play a critical role in carbon sequestration in the soil.

“Pesticide companies are continually trying to greenwash their products, arguing for the use of pesticides in ‘regenerative’ or ‘climate-smart’ agriculture,” said Dr. Kendra Klein, a co-author who’s also a senior scientist at Friends of the Earth. “This research shatters that notion and demonstrates that pesticide reduction must be a key part of combating climate change in agriculture.”

“We know that farming practices such as cover cropping and composting build healthy soil ecosystems and reduce the need for pesticides in the first place,” said co-author Dr. Aditi Dubey of the University of Maryland. “However, our farm policies continue to prop up a pesticide-intensive food system. Our results highlight the need for policies that support farmers to adopt ecological farming methods that help biodiversity flourish both in the soil and above ground.”

The review paper looked at 394 published papers on the effects of pesticides on non-target invertebrates that have egg, larval or immature development in the soil. That review encompassed 275 unique species or groups of soil organisms and 284 different pesticide active ingredients or unique mixtures of pesticides.

The assessment analyzed how pesticides affected the following endpoints: mortality, abundance, richness and diversity, behavior, biochemical markers, impairment of reproduction and growth and structural changes to the organism. This resulted in an analysis of more than 2,800 separate “cases” for analysis, measured as a change in a specific endpoint following exposure of a specific organism to a specific pesticide. It found that 71% of cases showed negative effects.

Negative effects were evident in both lab and field studies, across all studied pesticide classes, and in a wide variety of soil organisms and endpoints. Organophosphate, neonicotinoid, pyrethroid and carbamate insecticides, amide/anilide herbicides and benzimidazole and inorganic fungicides harmed soil organisms in more than 70% of cases reviewed.

Herbicides and fungicides were especially detrimental to earthworms, nematodes and springtails.