How the Pandemic Led to Corruption at World Health Organization 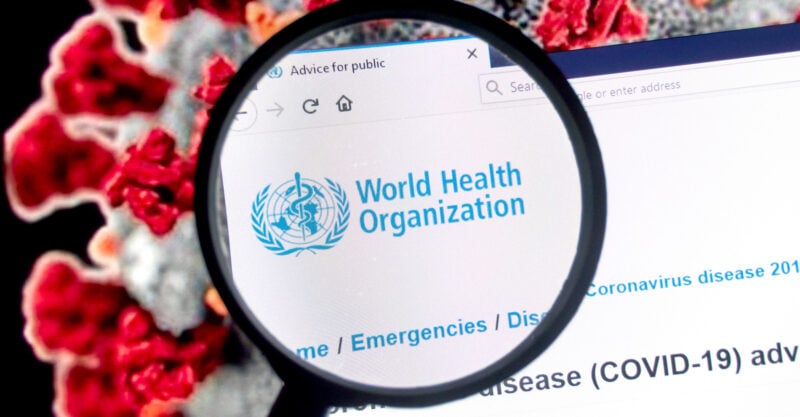 Causes such as improving childhood nutrition, empowering minorities and protecting girls from enslavement and mutilation were acceptable battles to fight.

Here we are in 2022: Coercion, exclusion, impoverishment and big business are in, whilst highlighting those other areas is “free-dumb” or some subversive form of denialism.

As with any historic shift toward fascism and colonialism, it takes a considerable group effort to ignore reality to keep this tide moving — but humans, especially in hierarchical structures, have always been up to the task.

The World Health Organization (WHO) and its staff are currently engaged in two overriding priorities that are excellent examples of humanity’s proficiency at living such lies:

These are strange priorities for public health professionals because these same staff of the WHO all know the following to be true:

The whole humanitarian and global health world knows these facts. Even bankers can figure this out. The International Finance Facility considers that twice as many children died from lockdowns as died from COVID-19, while the Bank of International Settlements, key to international finance, recognizes that gross domestic product is a major determinant of long-term health.

Yet the WHO, as a public health body, acts as if unaware, even ignoring their standard age-dependent metrics for disease burden as they seek to justify policies that will increase child deaths to target a disease predominantly of the unwell elderly.

The WHO and other health organizations predicted lockdown harms, and have documented them since early 2020, whilst working to ensure they will happen more often.

In 2018, they reiterated support for a horizontal approach emphasizing community control and empowerment in the “Astana Declaration,” whilst in 2022 they advocate for a vertical approach based on population control and mass coercive use of pharmaceuticals.

Human rights seem no longer a thing to be seen supporting, but the contradictions involved here are nothing short of remarkable.

We often see organizations as “beings” in themselves, but of course they are the sum of the individuals that staff them; humans who are making choices every day, every hour, about what they are doing and what they should do next.

In this case, it appears the WHO’s staff are comfortable with ensuring the people they were charged to support are increasingly impoverished and their rights and health autonomy removed.

They are not just resigned to the abandonment of basic public health principles and ethics, but actively working to undermine them.

Perhaps we would all do that to protect income, pensions, healthcare benefits and an attractive and genuinely interesting lifestyle of Swiss lakes, business-class travel and good hotels.

We cannot criticize people who perpetrate such harm without recognizing much of ourselves in them.

Pressure to conform is strong and maintaining integrity carries risks. We all have families, jobs and lifestyles to protect.

The belief of many that the “humanitarian” sector was somehow different should by now be shattered. That is a good thing, as illusions do not help us and we need to recognize the historical reality that preserving personal comfort has often entailed throwing others under the bus.

When the tide turns, the easiest approach is to turn with it. As a staff member of an international agency said to me recently — “the money is going into pandemic preparedness, you have to accept and go with it.”

As an insight into humanity, this response is a disappointing one. We are always poorly served by cowardice.

But recognizing how things are, and that help is not coming from those paid to do so, will strengthen the resolve of the rest of humanity to move forward without them, taking the future into their own hands.

As, according to orthodox public health, they should.

David Bell, MBBS, MTH, Ph.D., FAFPHM, FRCP, senior scholar of Brownstone Institute, is a public health physician based in the U.S. After working in internal medicine and public health in Australia and the UK, he worked in the World Health Organization, as program head for malaria and febrile diseases at the Foundation for Innovative New Diagnostics in Geneva and as director of Global Health Technologies at Intellectual Ventures Global Good Fund in Bellevue, U.S. He consults in biotech and global health.