Ninth Fully Vaccinated Yankee Tests Positive for COVID — What Does That Say About Vaccine Efficacy?

News that a ninth, fully vaccinated member of the New York Yankees organization tested positive for COVID is seen by some in the medical community as proof the vaccines work, but others question that conclusion. 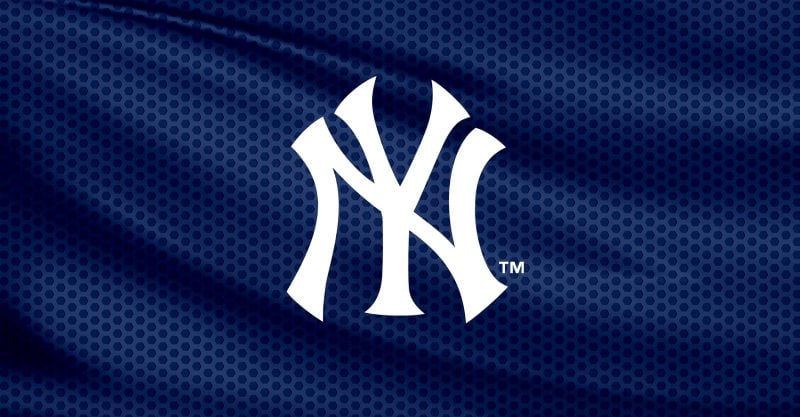 News that a ninth, fully vaccinated member of the New York Yankees organization tested positive for COVID is seen by some in the medical community as proof the vaccines work, because none of the nine became seriously ill or had to be hospitalized.

But others say the breakthrough cases raise questions about COVID test accuracy and the vaccine’s ability to prevent the virus and its transmission. They also point out that young, healthy athletes wouldn’t be expected to become seriously ill from COVID in the first place.

Commenting on the ninth COVID-positive member, Yankees manager Aaron Boone said Sunday, “We’re just doing the best we can with it. Fortunately, he’s another one that feels good. So we’ll just continue to try and be vigilant and handle it as best we can.”

The unidentified staff member isolated in Baltimore as the team played the Baltimore Orioles. The outbreak of breakthrough cases was first detected May 9 as the team was flying to Florida for a series against the Tampa Bay Rays.

As of April 30, at least 85% of the team had been vaccinated as they were told doing so would ease clubhouse and road trip restrictions and mask-wearing protocols under MLB rules — meaning the team no longer had to wear masks in dugouts and bullpens.

Most of the reported cases were asymptomatic. All nine were vaccinated with the Johnson & Johnson (J&J) shot, making these cases what the Centers for Disease Control and Prevention (CDC) calls “breakthrough” infections.

A breakthrough infection occurs when a person tests positive for SARS-Cov-2 two weeks after receiving the single-dose of the J&J COVID vaccine or completing the two-dose Moderna or Pfizer vaccination.

According to STAT News, the clinical trials that led to authorizing COVID vaccines measured how effective each vaccine was at preventing symptomatic cases. In its trial, one dose of J&J was only 66% effective at preventing moderate to severe COVID.

Researchers do not have firm conclusions on how effective vaccines are at preventing asymptomatic infections like most of those occurring with the Yankees organization.

“A lot of people may be wondering, with eight vaccinated breakthrough cases on the Yankees — is this evidence the vaccines aren’t as effective as we thought?” Zach Binney, an epidemiologist at Emory University, wrote on Twitter. “The short answer is no.”

“The vaccines are good at preventing infection and transmission, but they are f’ing RAD at preventing severe disease,” Binney said. “They’re like a strong wind in from the outfield — [home runs] become doubles, doubles become outs.”

Dr. Anthony Fauci, director of the National Institute of Allergy and Infectious Diseases, in an interview with MSNBC said, “Even if people do get infected, which is very, very rare breakthroughs, they virtually never get severe disease.”

The Defender asked Peter Doshi, associate editor of The BMJ and assistant professor of pharmaceutical health services research at the University of Maryland School of Pharmacy, if it’s fair to say J&J’s vaccine works because it prevents symptomatic infection.

Doshi, who has authored several articles on COVID vaccine efficacy and safety, in an email told us:

“At the end of the day I think people have been looking for a vaccine that can take the edge off this pandemic, and so I think the most important way to define efficacy is the ability to reduce hospitalizations, ICU admissions and death in those most at risk, such as the frail elderly.

“Some people think those questions have been answered. I disagree. I agree with what the FDA said, which was to list those questions amongst the many ‘unknown benefits/data gaps’ at the end of their review of the J&J vaccine. Those questions about prevention of hospitalization, ICU use and deaths should have been the ones directly studied in the trials, but they weren’t.”

Since only one of the Yankees had symptoms, perhaps this demonstrates the inability of the vaccine to prevent infection, Doshi said.

If the players do have COVID, the fact that they aren’t seriously ill doesn’t prove the vaccines are effective, Nass said, because we know that young, healthy people in general do not require hospitalization from COVID.

CDC not investigating Yankees outbreak or documenting all breakthrough cases

As of April 26, more than 9,245 cases of breakthrough infections had been reported to the CDC out of 95 million vaccinated people.

Among the 9,245 cases, 27% were asymptomatic, 9% required hospitalization and 1% died. This means 63% of individuals experienced symptomatic breakthrough infection despite being fully vaccinated.

During a White House briefing May 12, CDC Director Dr. Rochelle Walensky told reporters the agency was not currently investigating the Yankees outbreak.

“We will look to more data from that report to understand what happened there,” Walensky said. “All of the real-world data we’ve seen that’s been in the published literature, large studies, in many different settings, have demonstrated that those vaccines are effective, have a high effectiveness against disease.”

On May 1, the CDC announced it would no longer document breakthrough cases unless they resulted in hospitalization or death — thus excluding cases like those being reported with the Yankees.

As of May 10, more than 115 million people in the U.S. had been fully vaccinated against COVID, according to the CDC. During the same time, the agency received 1,359 reports of vaccine breakthrough cases in patients who were hospitalized or died from 46 U.S. states and territories.

The CDC stated vaccine breakthrough cases occur in only a small percentage of vaccinated people and no unexpected patterns had been identified among people with reported breakthrough infections.

However, using the CDC’s latest numbers that excluded all breakthrough cases, approximately 1.2% of people were hospitalized or died despite being fully vaccinated.

This percentage does not include breakthrough cases that did not result in hospitalization or death, asymptomatic cases or cases not reported due to the nature of the CDC’s passive reporting system.