“If there were a Nobel prize for scientific and political incompetence, surely [the World Health Organization] would be in the running for it,” said Gary Ruskin of U.S. Right to Know, a nonprofit that investigates academics for conflicts of interest and undisclosed ties to the Wuhan Institute of Virology. 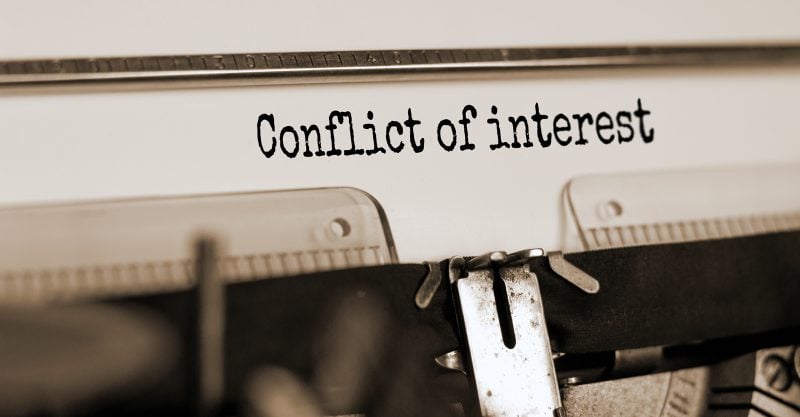 The World Health Organization (WHO) has chosen 26 scientists from 700 applicants for a new group to investigate the origins of the COVID-19 pandemic, as well as future outbreaks.

WHO plans to appoint members to the new Scientific Advisory Group for the Origins of Novel Pathogens (SAGO) after a two week review to gather public opinion on the proposed choices, which ends on Oct. 27.

Seven of the current choices (see below) were part of the WHO international team that traveled to China earlier this year to study the origins of SARS-CoV-2 with Chinese researchers.

The team’s resulting report downplayed the possibility of a laboratory incident, and investigators faced complaints about conflicts of interest. Led by the U.S., several countries, including Australia, Japan, Canada and the UK, called for a “transparent and independent analysis and evaluation, free from interference and undue influence.”

SAGO will advise the WHO Secretariat on emerging pathogens. Its formation has followed a year and a half of controversy in which researchers investigating the COVID-19 origins have been embroiled in various scandals.

A task force commissioned by the Lancet into COVID’s origins shut down earlier this month over conflicts of interest and ties with Peter Daszak’s EcoHealth Alliance, a non-profit group that has funded gain-of-function studies at the Wuhan Institute of Virology.

Early in the pandemic Daszak helped to orchestrate a campaign to label as “conspiracy theorists” people who had asked whether the pandemic started as a laboratory incident.

Critics have expressed concern about some of the people chosen to join SAGO, such as the Thai researcher Supaporn Wacharapluesadee, who is a subcontractor on a U.S. grant for the EcoHealth Alliance.

Richard Ebright, professor of molecular biology at Rutgers University in New Jersey and a biosafety expert, said in a comment he filed with SAGO, “If WHO proceeds with confirming Wacharapluesadee for SAGO membership, then WHO will have failed again — as with its confirmation of EcoHealth Alliance president Peter Daszak to the WHO mission to Wuhan — to meet accepted standards of due diligence and responsibility to the global public.”

Filippa Lentzos, codirector of the Centre for Science and Security Studies at King’s College London, wrote in an email to The BMJ:

“In terms of covid-19, the group would need to have expertise in investigating not just a natural spillover but also a potential lab leak, and I do not believe the group currently has this to the extent necessary. In addition, it appears many of the members do not have an open mind about the origins — an essential quality in any scientific investigative team.”

One proposed member of SAGO is Katherin Summermatter, head of the Biosafety Center at the Institute for Infectious Diseases at the University of Berne in Switzerland. In at least two interviews last year Summermatter was asked about media reports of a possible lab leak.

She responded, “With every new virus, the first hypothesis is that it could have come from a laboratory. However, these speculations are negligible, they are typical conspiracy theories.” She told the Swiss newspaper Tages Anzeiger, “I consider it very unlikely, a classic conspiracy theory.”

Another proposed SAGO member, Christian Drosten, has also referred to the possibility of a lab leak as a “conspiracy,” in a February 2020 essay in the Lancet. Drosten is head of the Institute of Virology at Berlin’s Charité university hospital and is widely respected in Germany as a leading virologist. Drosten did not return The BMJ’s repeated requests for comment.

Marion Koopmans, head of the department of viroscience at Erasmus University Medical Center in the Netherlands and a proposed SAGO member, was untroubled by media reports that some fellow proposed members had dismissed the possibility of a lab leak as a conspiracy theory. In an email to The BMJ he wrote, “I am a scientist, trying to stick as much as possible to what I consider important: doing what it takes to figure out what happened.”

Ebright wrote to The BMJ saying that both Koopmans and Drosten should not serve on SAGO as both had made public comments that had prejudged the investigation before it had even begun. He said that he had filed a detailed comment with SAGO about Summermatter, concluding that she was clearly disqualified for membership on SAGO and should be replaced with a more objective professional in biosafety.

The BMJ sent WHO a detailed query and asked whether applicants were being turned down if they had reasoned that a laboratory incident was a more likely scenario, along with several questions about various proposed members.

In an emailed response to The BMJ a WHO spokesperson wrote, “We are not commenting on any individual names,” but went on to say, “There are two experts with biosecurity expertise: Dr Stuart Blacksell and Dr Katharina Summermatter, second point is that Dr Christian Drosten was not part of the International Team visiting Wuhan earlier this year.”

Gary Ruskin, of the non-profit group U.S. Right to Know, which has been investigating academics for conflicts of interest and undisclosed ties to the Wuhan Institute of Virology, said, “If there were a Nobel prize for scientific and political incompetence, surely WHO would be in the running for it.”

Drosten and Summermatter prejudged the outcome of the pandemic, Ruskin said, making it perfectly obvious in his view that they should be disqualified. “It is challenging to think of people who are less qualified to serve on the SAGO than Koopmans,” he added.

WHO’s terms of reference to strengthen public trust and transparency requires that SAGO individuals “must be free of any real, potential, or apparent conflicts of interest.

Originally published by The BMJ, October 22, 2021, written by Paul D. Thacker, reproduced here under the terms of the CC BY NC license.