The Nutrition Coalition says that despite calls for reform by 56 members of Congress, hundreds of doctors and tens of thousands of individuals, new federal guidelines rely on outdated, weak science and fail to account for the fact that 60% of Americans are chronically ill.

By
The Nutrition Coalition 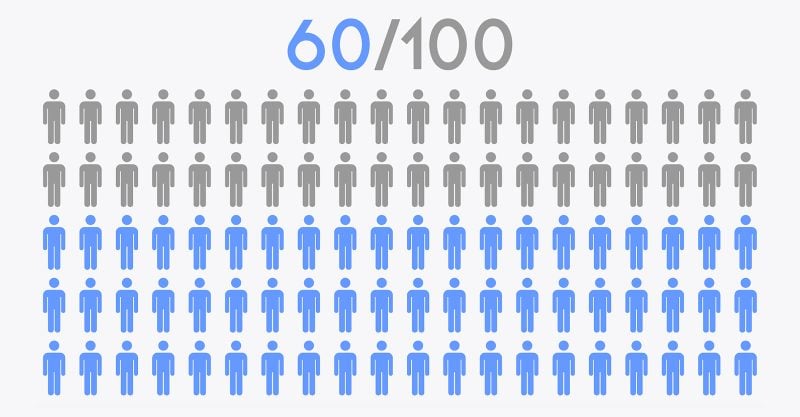 The Nutrition Coalition (TNC) has worked to encourage that the U.S. Dietary Guidelines for Americans (DGA) be evidence based and inclusive of all Americans. With the ninth iteration of the DGA released today, TNC remains concerned that this highly influential policy document addresses only a minority of Americans, excluding the 60% of the population, according to the CDC, diagnosed with one or more diet-related chronic disease.

“This narrow scope fails to meet the Congressional statute that the DGA addresses the ‘general public.’ The general public is now ill, afflicted with chronic disease — and we have a national nutrition policy that ignores them,” stated Nina Teicholz, executive director of TNC.

“Nutrition recommendations that are taught to all Americans should necessarily reflect all Americans, and these Dietary Guidelines clearly fail to do that. The policy is scoped for disease-prevention only — thereby ignoring the 60% of the population now diagnosed with one or more diet-related disease, including heart disease, obesity, diabetes, etc. The expert committee did not review any of the body of science on how to successfully treat these diseases with nutrition — not even any studies on weight loss. For the U.S. Department of Agriculture (USDA) to develop a policy so narrowly focused on a minority of Americans makes little sense, especially since these Guidelines are applied to sick and well alike. These Guidelines can be of little-to-no use for the millions of Americans diagnosed with chronic, diet-related diseases.”

For 40 years now, the Dietary Guidelines have been more than just recommendations. They are arguably the single-most powerful lever influencing what Americans eat, a broadly influential policy that is considered the ‘gold standard,’ followed by most healthcare practitioners, K-12 educators, media outlets, and the military. The DGA also drives food choices for the $100 billion spent by the USDA on Nutrition Assistance Programs, for school lunches, feeding assistance for the elderly and women with infant children, food for disadvantaged communities, and more.

“The populations in these USDA programs have significantly higher rates of diet-related conditions, and yet the foods delivered to them are arguably inappropriate for their diseases. For instance, there is evidence to show that the Guidelines’ advice to eat 6 servings of grain per day (3 of them refined) and up to 10% of calories as sugar will do harm to someone with diabetes. The USDA should at least do no harm.” added Teicholz.

The Nutrition Coalition has been a leading voice in the debate around guidelines. TNC has called for increased transparency, a more rigorous scientific process for reviewing the science, and the need for the DGA to be applicable to all Americans, including minorities and those with obesity, diabetes as well as other metabolic diseases.

Despite calls for reform by more than 56 members of Congress, hundreds of doctors and tens of thousands of individuals, the new iteration of the guidelines continues to rely on outdated, weak science and exclude large bodies of scientific literature.

Among the science that was excluded by the 2020 DGA process was the last decade of studies on saturated fats. These have, on the whole, concluded that these fats have no effect on heart disease mortality. A group of leading U.S. scientists, including former members of the Dietary Guidelines Advisory Committee itself (and the chair of the 2005 committee) wrote letters to the secretaries of USDA and HHS as well as members of Congress, discussing how this science evolved. See a news report on these events in The BMJ.

Dr. Andrew Mente, associate professor of epidemiology and nutrition at McMaster’s University in Canada, a principal investigator of PURE, the world’s largest epidemiological study, member of the TNC Scientific Council, and one of the members in the group mentioned above, stated,

“Nutritional policies for populations must be backed by strong and consistent scientific evidence. To date, the collective data on saturated fat do not support existing recommendations of limiting intake to 10% of calories. In fact, the most recent data indicate that restricting saturated fat intake to low levels is not needed and may even be harmful. The lack of support for restrictions on saturated fat is not surprising, given that saturated fat is not consumed as a single isolated compound (i.e., unlike medications) but rather from foods like meats and dairy which also contain a multitude of other nutrients that the body needs including monounsaturated fat, quality protein, vitamin B, zinc, selenium, magnesium, and vitamin D. Instead, relaxing current restrictions on saturated fat intake but limiting intake of refined carbohydrates, added sugar, and ultra-processed foods is a better bet for improving the health of populations.”

Lack of transparency on financial conflicts of interest

Despite recommendations by the National Academies of Sciences, Engineering, and Medicine, in a 2017 report, that the members of the Dietary Guidelines Advisory Committee disclose all conflicts of interest, the USDA-HHS did not take up this recommendation. Therefore, the public remains largely unaware of the vast conflicts of interest on the committee. Its members include the:

Reporting on these conflicts has been published by TNC here, by the group Corporate Accountability here, and by ProPublica here.

Further, four of the six members of the “Birth-to-24″ Subcommittee had ties to the infant formula and/or baby food companies, according to our reporting.

“It is obviously worrisome that Big Food and Big Pharma should have potentially influenced the thinking of experts in charge of improving the nation’s diet via whole foods — not processed foods, medical drugs or devices,” said Teicholz.

Concern throughout the 2020 DGA process

A letter to the USDA-HHS secretaries, detailed an extensive series of allegations by one or more member(s) of the DGAC who blew the whistle on the DGA process.

A summary of TNC’s concerns regarding the 2020 Guidelines process:

In public comments submitted to the USDA, TNC stated:

“Congress has mandated that the DGA be for the ‘general public,’ yet the DGA remains focused exclusively on disease prevention, for those Americans not yet diagnosed with a diet-related, chronic disease. This is not the general public. People with obesity, diabetes and other diet-related conditions are desperately in need of guidance. Two out of three American adults and one out of three children are overweight or have obesity, and more than half of adults have diabetes or prediabetes. Roughly half of adults also have high blood pressure, a major risk factor for heart disease and stroke. The estimate of the proportion of Americans who are healthy range from a high of 40%, who are those without a diagnosed metabolic disease, down to 12%, who are those without the symptoms of metabolic syndrome, an indicator of diet-related ill-health and chronic disease. Yet the DGA ignores these populations.”

Originally published by The Nutrition Coalition. 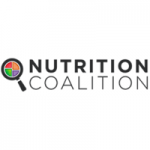