Corporations Tout Net-Zero Emission Pledges — But What Does That Mean?

Though pledges make great press releases, net-zero is more complicated and potentially problematic than it may seem. 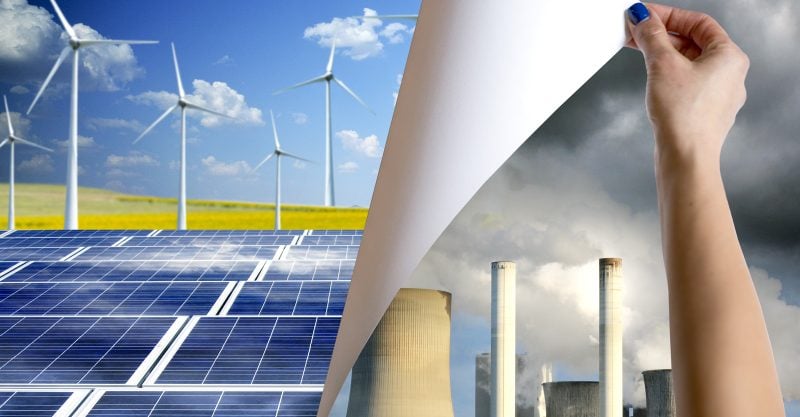 Hundreds of companies, including major emitters like United Airlines, BP and Shell, have pledged to reduce their impact on climate change and reach net-zero carbon emissions by 2050. These plans sound ambitious, but what does it actually take to reach net-zero and, more importantly, will it be enough to slow climate change?

As environmental policy and economics researchers, we study how companies make these net-zero pledges. Though the pledges make great press releases, net-zero is more complicated and potentially problematic than it may seem.

What is ‘net-zero’ emissions?

The gold standard for reaching net-zero emissions looks like this: A company identifies and reports all emissions it is responsible for creating, it reduces them as much as possible, and then — if it still has emissions it cannot reduce — it invests in projects that either prevent emissions elsewhere or pull carbon out of the air to reach a “net-zero” balance on paper.

The process is complex and still largely unregulated and ill-defined. As a result, companies have a lot of discretion over how they report their emissions. For example, a multinational mining company might count emissions from extracting and processing ore but not the emissions produced by transporting it.

Companies also have discretion over how much they rely on what are known as offsets — the projects they can fund to reduce emissions. The oil giant Shell, for example, projects that it will both achieve net-zero emissions by 2050 and continue to produce high levels of fossil fuel through that year and beyond. How? It proposes to offset the bulk of its fossil-fuel-related emissions through massive nature-based projects that capture and store carbon, such as forest and ocean restoration. In fact, Shell alone plans to deploy more of these offsets by 2030 than were available globally in 2019.

Environmentalists may welcome Shell’s newfound conservationist agenda, but what if other oil companies, the airline industries, the shipping sectors and the U.S. government all propose a similar solution? Is there enough land and ocean realistically available for offsets, and is simply restoring environments without fundamentally changing the business-as-usual paradigm really a solution to climate change?

Outside of compliance emissions markets, which primarily focus on government regulation in the energy sector, voluntary markets create most of the offsets that are used to reach net-zero.

Voluntary markets are organized and operated by a diverse range of groups where anyone can participate. Have you ever seen the option to offset your flight? That offset probably happens through a voluntary carbon market. The activities that produce the offsets include projects like forestry and ocean management, waste management, agricultural practices, fuel switching and renewable energy. As the name implies, they are voluntary and therefore largely unregulated.

Because of the wave of net-zero pledges and subsequent demand for offsets, voluntary carbon markets are under pressure to expand quickly. A task force launched by United Nations Special Envoy on Climate Action Mark Carney and involving several major companies released a sweeping blueprint at Davos 2021 that predicts voluntary carbon markets need to grow fifteenfold over the next decade. It suggests that the net-zero surge represents one of the largest commercial opportunities of our time — prompting keen interest from investors and big business. It also identifies and proposes solutions to some persistent challenges and critiques of voluntary carbon offset markets.

Some critics of the blueprint argue that it overlooks deeper problems rooted in the overall reliance on and effectiveness of voluntary carbon markets as a solution.

Though there is historical evidence of misuse and plenty of criticism, voluntary carbon markets are not inherently bad or useless in the pursuit of climate targets. In fact, quite the opposite.

However, there are real concerns about the ability of voluntary markets to legitimately deliver what they promise. Common concerns include questions about the permanence of the projects for storing carbon long term, verifying that offsets actually reduce emissions beyond a business-as-usual scenario and confirming that credits are not being used more than once. These and other challenges expose voluntary carbon markets to potential manipulation, greenwashing, unintended consequences and regrettably, failure to achieve their purpose.

It’s getting better, but over-reliance on this method for counterbalancing emissions does risk some entities’ using offsets as a right to pollute.

Can global ecology meet the demand?

Voluntary carbon markets can improve landscapes and help make up for unavoidable emissions. However, they cannot accommodate all of the developed world’s net-zero targets.

Most of these initiatives have not yet started, yet emitters from developed countries are already seeking offsets outside their borders. This is raising concerns that wealthier companies may be placing the burden of their emissions onto poorer countries that can produce offsets cheaply, begging the notion of a newfound climate colonialism. Local communities may benefit from some environmental improvements or socioeconomic opportunities, but should economically developed polluters be forcing that decision?

Beyond ethics, in statistical terms, there is simply not enough ecological capacity to offset the world’s emissions.

Take the interest in using forests as offset solutions. There are around 3 trillion trees on Earth today with room for about 1 to 2.5 trillion more. The Trillion Tree Initiative, 1T program, Trillion Trees, and the CEO of Reddit, among others, aim to plant a trillion trees each. From just a few examples, there is already a paradoxical impasse.

Offsets can realistically do only so much for reaching climate targets. That is why the focus must turn toward reducing rather than offsetting global emissions. Voluntary carbon markets serve a critical role as innovation sandboxes for creative offset solutions, and they are mobilizing the private sector to act; however, they must be limited.

While some prominent organizations are pursuing net-zero, most businesses and governments have not yet pledged, let alone developed, clear and plausible road maps to meet targets in line with a 2050 net-zero global economy.

The needed goal: A negative net

The Intergovernmental Panel on Climate Change suggests that the world can keep global warming in check if emissions are cut in half by 2030, compared to 2010 levels, and reach net-zero by midcentury. However, it also states a need for greenhouse gas removal beyond net-zero emissions targets.

The real act of climate cleanup begins at net-negative emissions for all greenhouse gases. Only then will their atmospheric concentrations finally begin shrinking. That feat will require more renewable energy, widespread infrastructure and transportation developments, improved land management and investments in carbon capturing activities and technologies.

While net-zero is a critical step toward addressing climate change, it must be achieved smartly. And, importantly, it can’t be the end goal. 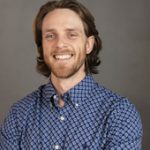