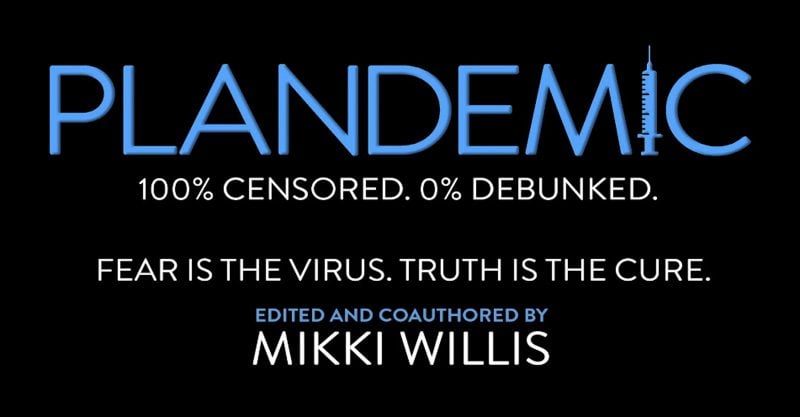 Mikki Willis sparked the seeds of revolution with his incendiary films, “Plandemic” and “Plandemic: Indoctornation.” Millions of people watched the films, even though they were heavily censored and removed from social media platforms.

Willis now has a new book, “Plandemic: Fear Is the Virus. Truth Is the Cure,” that offers a fascinating behind-the-scenes account of the making of one of the most important and timely documentary series ever produced.

“Plandemic” (the book) was born when an investigative journalist set out to disprove and debunk claims made throughout the “Plandemic” films. Instead, the journalist invited Willis to co-author a book that exposes the truth about COVID’s origins, the forces behind the global vaccination agenda and how tech giants and mainstream media are doing their utmost to silence and suppress the veracity of these findings.

Mainstream media outlets are already working hard to have the book banned, but for now, you can order the book from any of these sites:

“Plandemic” delves into the following topics:

Willis writes: “Who’s profiting from the pandemic? Would it surprise you to know that COVID gave birth to 500 new billionaires in a single year? Yeah, me too.”

Order your copy of “Plandemic: Fear Is the Virus. Truth Is the Cure” today, and help  push the book to bestseller status.