In a four-hour interview, Megyn Kelly and Robert F. Kennedy, Jr. dive deep into Kennedy’s “controversial” opinions on Dr. Anthony Fauci and the Centers for Disease Control and Prevention, and why Kennedy has become “something of a pariah among mainstream media” in the COVID-19 era. 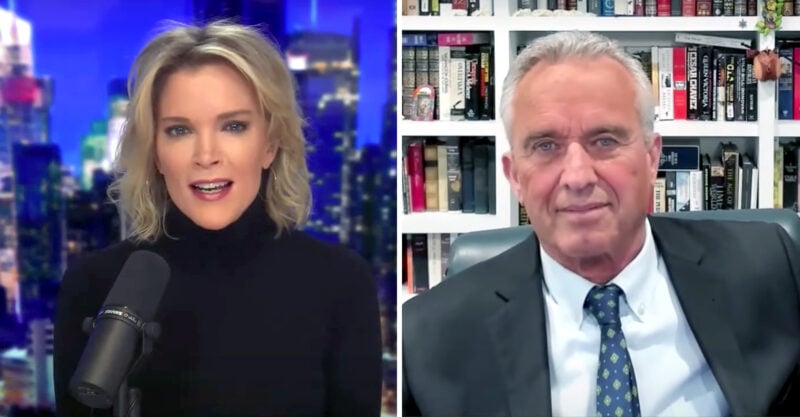 Robert F. Kennedy, Jr., chairman and chief legal counsel of Children’s Health Defense, joined journalist and attorney Megyn Kelly on “The Megyn Kelly Show” in what she calls her longest interview ever.

Kelly called the four-hour interview “an important conversation about public health, the agencies in charge and whether we have been getting the protection we deserve from those we fund with our tax dollars.”

Part 1 of the conversation — a two-hour segment titled “Fauci, Vaccines, and Big Pharma’s Power” — is a deep dive into Kennedy’s positions, achievements and personal history, and how these connect to his views on the environment and politics.

Kelly recognizes that some of Kennedy’s positions are considered “controversial.” She said, “we want our audience to hear this discussion but to understand where Robert and his critics most differ.”

Kennedy acknowledged that he’s become something of a pariah among mainstream media outlets in the COVID era.

“You’re very brave to have me on,” Kennedy told Kelly, “because you saw what they did to Joe Rogan for having … Dr. [Robert] Malone on … and I’m the only worse person than Dr. Malone. …  Joe Rogan wouldn’t put me on.”

The interview also touched on Kennedy’s achievements and challenges. When speaking of facing difficulties in his life — including a condition that affects his vocal cords — Kennedy said he chooses to remain positive:

“You could have two people who are  … shoveling manure and one of them could be whistling and laughing and the other one could be grumbling and cursing,” he said. “It’s how do we choose to process our reality  …  do we choose to look at the glass half empty or …  half full?”

Part 2 of the conversation, titled “The JFK Assassination, Growing up Kennedy, and His Marriage,” covers Kennedy’s opinions that the COVID pandemic was grossly mismanaged.

Kennedy expressed his disappointment with the Democratic Party:

“I believed my political party was the party that would go to the mat  … to protect people’s right to say what they want … that’s so critical for our democracy and it is also critical of public health … why can’t we hear these discussions?”

He spoke about the irrevocable damage from COVID policies:

“We just suspended democracy, we suspended due process, and once they got rid of freedom of speech … they closed all the churches in this country for a year with no public hearing, no discussion of the science, no offering of, you know, a single scientific study to justify it. They shut down a million businesses with no just compensation, no due process … a direct violation of our constitution.”

Kelly asked Kennedy about his belief that the Central Intelligence Agency was behind the assassinations of his uncle, President John F. Kennedy, and his father, Sen. Robert F. Kennedy.

Speaking of his father, Kennedy said, “he believed that each one of us had a hero inside of us, and that his job was to bring that hero out and get us to transcend narrow self-interest and to act on behalf of community.”

Watch Part 1 of the interview here:

Watch Part 2 of the interview here: