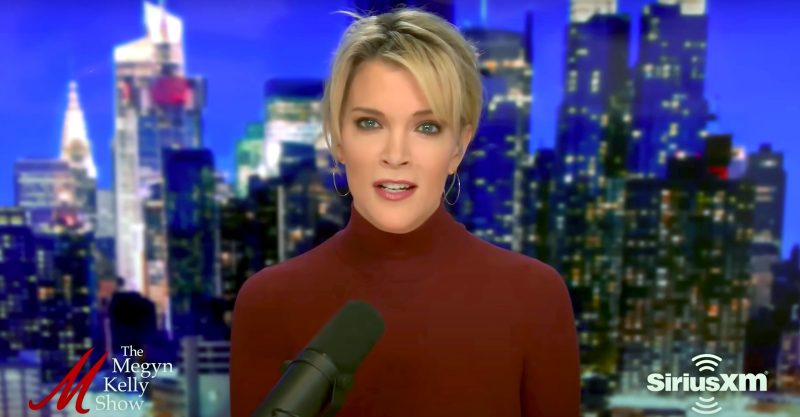 “The push for freedom is multiplying,” said journalist, lawyer and political commentator Megyn Kelly on the Jan. 25 episode of the “Megyn Kelly Show.”

The push includes demands for a return to normalcy, and the right to “say what gets injected into one’s body without fear of losing one’s job or education,” she said.

You could see it at the “Defeat the Mandates” rally in DC, where more than 30,000 protesters gathered to stand up for freedom, Kelly explained.

The papers tried to dismiss the event as “oh just a bunch of MAGA folks with ‘Don’t Tread on Me’ signs,” she said. “But this was not a partisan event. Bret Weinstein, who helped organize it, is a liberal.”

“Last weekend I had dinner with 10 women in New York. These were women who voted for Joe Biden, some of whom campaigned for him, women who considered themselves liberal and proud of it just one year ago, all of whom had effectively been red-pilled.”

These “loving, responsible, kind professional women,” Kelly said, didn’t complain about masks and quarantine and homeschooling for nearly a year, but “two weeks became two months became two years and nothing has changed, no off-ramps are provided.”

Kelly, who is a also mother, had especially harsh words for those who continue to push COVID restrictions on young children. She rattled off a list of those restrictions including:

Kelly criticized Whoopi Goldberg for attacking journalist Bari Weiss who said COVID restrictions on kids will be remembered as a “catastrophic moral crime.”

“I have young kids and I also have an 80-year-old mother and I get the need to protect the young and the old,” Kelly said. But her mother would “never want our children to stay in COVID purgatory until all risk has been abated,” she said.

As for Whoopi’s concern for children under age 5 who can’t be vaccinated, Kelly said, “Whoopi, what a red herring and you know it, the COVID death rate of healthy children under 11 is approximately zero.”

Kids need fewer restrictions, not more, Kelly said, citing the 51% rise in the rate of attempted suicides by American teenage girls, according to the Centers for Disease Control and Prevention, and the doubling in children’s levels of stress and depression since the pandemic began.

Pleading with viewers to stand up for liberty, Kelly said:

“Now is the time. It’s past time to fight. Write your governor, your congressmen and women a letter to the editor. Attend a rally. Call your principal. You don’t normally do that? Too bad. It’s time. And vote. Liberty is a right. We must insist on its return.”

Listen to the full episode here: