Watch investigative reporter and documentary filmmaker Dan Cohen’s coverage of the “Defeat the Mandates” protest in Washington, DC, to get the real story — not the pharma-funded mainstream media’s version. 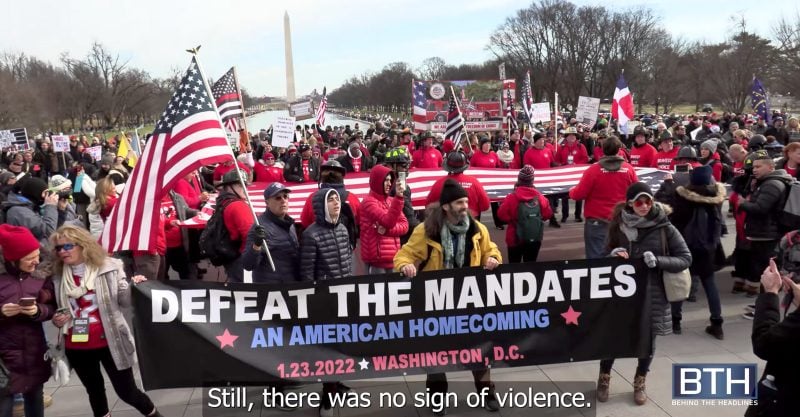 Cohen was there to get the real story — not the story pharma-funded mainstream media was peddling to the public.

He interviewed firefighters, healthcare workers, lawyers, doctors, civil rights activists, professional athletes and parents of vaccine-injured children to find out why they were there.

Despite mainstream media’s portrayal of the protesters as “extremists” and “anti-vaxxers,” Cohen found people of many different religions, political views and opinions on the risks and benefits of vaccines.

But they were all united around a single message: freedom.