Doctors in Pennsylvania documented a case of vaccine-induced thrombotic thrombocytopenia after the second dose of Moderna, complicating theories that prior clotting cases were solely caused by adenovirus-based vaccines. 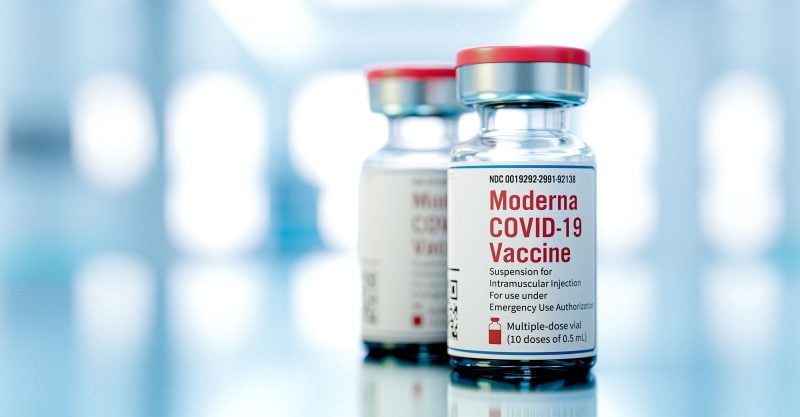 Doctors in Pennsylvania reported a case of a U.S. patient who developed blood clots after receiving the Moderna COVID vaccine.

In a case report, published in the Annals of Internal Medicine June 29, healthcare professionals at the Allegheny Health Network in Pittsburgh said a 65-year-old man arrived at the hospital with a serious form of blood clotting known as thrombosis with thrombocytopenia (TTS) just 10 days after receiving his second dose of the Moderna vaccine.

The man’s treatment providers did not recognize VITT earlier, so the man did not receive the specialized treatment given to people who suffer from VITT, but instead was treated with heparin.

“Had we suspected VITT or TTS earlier, we would have treated the patient differently,” the doctors wrote.

Although the man suffered from chronic hypertension and high cholesterol levels, doctors were unable to identify other causes of the clotting, including SARS-CoV-2 infection, other infections, immune thrombocytopenia or thrombotic thrombocytopenic purpura.

“The distribution of thrombosis, especially the cerebral venous sinus thrombosis, was characteristic of VITT or TTS,” the doctors said.

The doctors said their findings “fulfill the interim case definition of VITT or TTS” set out by the Centers for Disease Control and Prevention (CDC) and the Brighton Collaboration and further blood tests strengthened the likelihood of a vaccine-linked condition. Doctors stated they believed this to be the first reported case of blood clots following an mRNA vaccine, despite thousands of reported cases to the CDC’s Vaccine Adverse Events Reporting System (VAERS).

While the doctors called their evidence for VITT “robust,” they cautioned other causes of clotting could not be ruled out.

The doctors at Allegheny Health said their research “complicates” theories that prior clotting cases were solely caused by adenovirus-based vaccines, as some experts have previously speculated.

A search of VAERS, using search criteria including reports of blood clots associated with blood coagulation disorders, produced a total of 6,787 reports for all three vaccines from Dec. 14, 2020 through June 18, 2021.

As The Defender reported April 16, although Johnson & Johnson and AstraZeneca COVID vaccines have been under the microscope for their potential to cause blood clots, scientists have warned since December that Pfizer and Moderna vaccines pose similar risks.

On Dec. 8, 2020, before any COVID vaccines received Emergency Use Authorization in the U.S., J. Patrick Whelan, M.D., Ph.D., wrote the U.S Food and Drug Administration (FDA) about the potential for COVID vaccines “to cause microvascular injury and blood clots throughout the body including the brain, heart, liver and kidneys, in ways that were not assessed in the safety trials.”

As The Defender reported June 23, a team of Israeli researchers said they began studying the possible link between Pfizer’s vaccine and thrombotic thrombocytopenic purpura — a rare disorder that causes blood clots in small blood vessels — after reports of a sudden increase in cases across Israel. Pfizer, like Moderna, uses mRNA technology.

Ongoing reports of blood clots with the AstraZeneca and J&J vaccines have prompted many countries to put the shots on hold or restrict use to certain age groups, with Denmark opting to continue its suspension June 25.

Though the AstraZeneca vaccine has yet to be approved in the U.S., American health officials previously paused the J&J shot over reports of blood clots, but resumed its rollout in April with a warning about rare blood clots.