The U.S. Environmental Protection Agency fails to protect children by ignoring poisons in the environment and prioritizing corporate profits, according to a top children’s health official who will testify this week the agency tried to silence her because of her insistence on stronger preventions against lead poisoning. 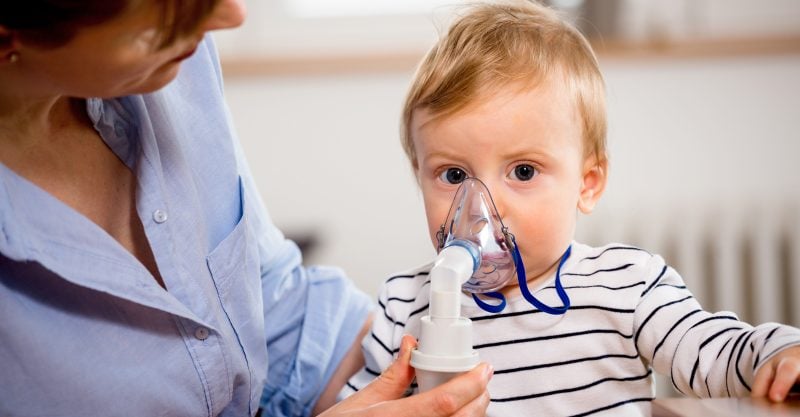 The U.S. Environmental Protection Agency (EPA) is failing to protect children by ignoring poisons in the environment and focusing on corporate interests, according to a top children’s health official who will testify this week that the agency tried to silence her because of her insistence on stronger preventions against lead poisoning.

“The people of the United States expect the EPA to protect the health of their children, but the EPA is more concerned with protecting the interests of polluting industries,” said Ruth Etzel, former director of the EPA’s Office of Children’s Health Protection. The harm being done to children is “irreparable,” she said.

A hearing will be held today in which several internal EPA communications will be presented as evidence, including an email in which EPA personnel discuss using press inquiries about Etzel as “an opportunity to strike” out against her. Among many witnesses to be called to testify are several former high-level EPA officials.

“I want this to be seen and heard,” Etzel said. “I think we should let some light shine on these dirty tricks.”

Etzel is among five current or former EPA scientists who have recently come forward with allegations that the agency, which is charged with regulating chemicals and other substances that may harm public and environmental health, has become deeply corrupted by corporate and political influence. That outside influence pushes agency scientists to make important assessments in ways that will protect their jobs, rather than protect the public, Etzel said.

The whistleblowers have alleged a range of wrongdoing by the EPA, including using intimidation tactics against the agency’s own scientists to protect the interests of certain industries, even when doing so puts the public at risk. The problems have continued into the Biden administration, according to the allegations.

Etzel is a pediatrician and epidemiologist who joined the EPA in 2015 after serving as senior officer in the department of public health and environment at the World Health Organization in Switzerland. She also previously worked for the U.S. Centers for Disease Control and the U.S. Department of Agriculture, and is well known as a global expert on children’s health issues.

In her role at the EPA, Etzel helped launch an initiative to accelerate the reduction of childhood exposure to lead from sources in air, water, soil, paint and food. The federal lead strategy stalled, Etzel alleges, after the 2016 election of Donald Trump when the EPA came under the direction of administrator Andrew Wheeler.

Etzel filed her whistleblower complaint against the EPA in November 2018 alleging that her determination to push the initiative forward, including publicly complaining about EPA delays, triggered retaliation.

The EPA placed her on leave, demoted her, cut her pay, fabricated complaints against her and conducted a smear campaign aimed at “humiliating” her and “undermining her career and professional stature,” according to her complaint. The EPA also blocked opportunities for her to speak at professional conferences, she alleges.

Internal EPA email communications included as evidence in the case shows that initial questions from media about Etzel’s administrative leave drew curt responses declining to comment on “personnel matters.” But as media inquiries about Etzel mounted, on Sept. 28, 2018, a top EPA public affairs official wrote to the EPA press secretary and other public affairs officers: “This is our opportunity to strike.”

Then, in an email thread with the subject line “Push this around ASAP please,” public affairs officials agreed to a “stronger updated” statement about Etzel that said she was placed on administrative leave because of “serious reports made against her by staff … ” that were “very concerning.”

“The old playbook was attack the science,” Etzel told the Guardian. “The new playbook is destroy the scientist.”

The American Academy of Pediatrics and more than 100 other public health-oriented organizations and institutions sent a letter in 2018 to the EPA protesting the removal of Etzel, who has received multiple national and international awards for scientific integrity and advocacy in recent years.

‘Right the wrongs of the past’

In a pre-hearing statement, the EPA denied taking retaliatory actions against Etzel and said the federal lead action plan was issued in December 2018 and was a “major focus and significant accomplishment.”

“While appellant Ruth Etzel has alleged that EPA’s former administration delayed implementation of the action plan with the premise that it did not care about children and lead exposure issues, the profuse record and witness testimony will illustrate that appellant’s allegations are grossly unfounded,” the EPA said in the filing with the U.S. Merit Systems Protection Board.

The EPA said there were numerous complaints about Etzel’s management, including complaints that she used “explicit language,” “failed to follow agency HR policy,” was unable “to control her emotions” and often would “bully others.”

In a statement to The Guardian the EPA said:

“This administration is committed to ensuring all EPA decisions are informed by rigorous scientific information and standards. Retaliation against employees who report alleged violations is not tolerated at EPA.”

Paula Dinerstein, a lawyer with the group Public Employees for Environmental Responsibility, which is representing Etzel, said the EPA still has not taken action to implement the lead protection strategy, and has acknowledged the “libelous claims” against Etzel were not substantiated.

The Biden administration should not only reinstate Etzel to her previous position, but should also take steps to address the deeper problems revealed by whistleblowers, Dinerstein said.

“Etzel and other recent EPA whistleblowers have exposed EPA’s timidity and industry capture,” she said. “The Biden administration has said a lot of the right things, and has taken some good steps, but it will take a lot of effort and pressure to ensure they right the wrongs of the past.”

The case of Etzel vs. EPA is set for a hearing in front of the U.S. Merit Systems Protection Board on Sept. 13-15. The proceedings are open to the public, and scheduled to be held via Zoom due to fears about the spread of COVID-19.