The Lab-Leak Theory: Inside the Fight to Uncover COVIDs Origins + More

The Lab-Leak Theory: Inside the Fight to Uncover COVID-19’s Origins

Gilles Demaneuf is a data scientist with the Bank of New Zealand in Auckland. He was diagnosed with Asperger’s Syndrome ten years ago, and believes it gives him a professional advantage. “I’m very good at finding patterns in data, when other people see nothing,” he says.

Early last spring, as cities worldwide were shutting down to halt the spread of COVID-19, Demaneuf, 52, began reading up on the origins of SARS-CoV-2, the virus that causes the disease. The prevailing theory was that it had jumped from bats to some other species before making the leap to humans at a market in China, where some of the earliest cases appeared in late 2019. The Huanan wholesale market, in the city of Wuhan, is a complex of markets selling seafood, meat, fruit, and vegetables. A handful of vendors sold live wild animals — a possible source of the virus.

That wasn’t the only theory, though. Wuhan is also home to China’s foremost coronavirus research laboratory, housing one of the world’s largest collections of bat samples and bat-virus strains.

Seven boys between the ages of 14 and 19 in the U.S. reportedly developed chest pain and heart inflammation within four days of receiving a second dose of the Pfizer/BioNTech COVID vaccine, according to a new study published today in Pediatrics.

Heart imaging tests detected a rare type of heart muscle inflammation called myocarditis and pericarditis. None of the teens were critically ill but all were hospitalized.

All were healthy enough to be sent home after two to six days in the hospital and are ‘’doing pretty well,’’ said Dr. Preeti Jaggi, an Emory University infectious disease specialist who co-authored the report.

This week’s number of reported deaths among all age groups following COVID vaccines passed the 5,000 mark, up 759 from last week, according to data released today by the Centers for Disease Control and Prevention (CDC). The data comes directly from reports submitted to the Vaccine Adverse Event Reporting System (VAERS).

Every Friday, VAERS makes public all vaccine injury reports received as of a specified date, usually about a week prior to the release date. Today’s data show that between Dec. 14, 2020 and May 28, a total of 294,801 total adverse events were reported to VAERS, including 5,165 deaths — an increase of 759 over the previous week. There were 25,359 serious injuries reported, up 3,822 compared with last week.

In light of Dr. Anthony Fauci’s emails released Wednesday, Children’s Health Defense (CHD) calls for health agencies to immediately halt the administration of COVID-19 vaccines to minors, whether in clinical trials or under Emergency Use Authorization.

With a recovery rate of 99.997%, children are not at great risk of serious health consequences from COVID-19 infections — but they are at significant risk of adverse events from the vaccine.

On May 19, Pfizer released a 37-page “fact sheet” of clinical trial data on its COVID-19 vaccine tested on children 12 and older. The date showed four out of five children in the trials suffered from mild to severe adverse events.

Regardless of the severity of these adverse events, long-term effects on children’s health from this experimental vaccine are unknown.

However, Rutgers moved ahead with its plan, adding COVID vaccines to the list of other injections students must receive to attend school, with limited exceptions.

A 16-year-old teenager was given the wrong vaccine when he showed up at Kolam Ayer Community Club Vaccination centre on Thursday (3 June).

He was administered the first dose of the Moderna vaccine, which is currently authorized for use in individuals aged 18 and above. In Singapore, the Pfizer-BioNTech vaccine will be administered to those below 18 who are eligible.

In a joint press release on Thursday evening, the Ministry of Health and Ministry of Education apologized for “the inconvenience and anxiety caused.” They have reached out to the youth’s parents to explain the situation.

The UK regulator has approved the use of the Pfizer/BioNTech COVID vaccine in children aged 12 to 15, potentially opening the way for a vaccination campaign in schoolchildren.

The decision on giving the vaccine to children rests with the government’s advisory body, the Joint Committee on Vaccination and Immunisation (JCVI), who will now look at the evidence.

Children are generally less severely affected by COVID than adults, apart from a small minority who have suffered a debilitating condition as a result of infection called multisystem inflammatory syndrome. Most recover, although there appear to be some lingering longer-term effects, and a few have died.

West Virginia is giving its vaccine incentive program a boost to get more residents immunized from the coronavirus, Gov. Jim Justice announced on Tuesday.

All residents who get a COVID-19 vaccine will be enrolled in the chance to win a college scholarship, a tricked-out truck, or hunting rifles, in addition to a $1.588 million grand prize. The program, which will run from June 20 through Aug. 4, will be paid for through federal pandemic relief funds.

More than 5,300 Mainers claimed rewards under the state’s COVID-19 vaccine incentive program in May, but the total represented less than 15 percent of the eligible adults vaccinated during that period.

State health officials still said Wednesday that they were happy with the program and were exploring other ways to incentivize people to get the vaccine as roughly 350,000 eligible Mainers aged 12 and older remain unvaccinated, according to federal data.

The “Your Shot to Get Outdoors” program allowed people aged 18 and older who got their first dose of a COVID-19 vaccine between May 11 and May 31 to claim one of several rewards, ranging from a $20 L.L. Bean gift card to a hunting or fishing license. It aimed to woo young adults to get shots as the rate of newly vaccinated people in Maine was slowing.

Jonathan Carlyle had just missed a call Wednesday evening while wrapping up a long shift as an Amazon delivery driver. When he saw that the call was from Ohio Gov. Mike DeWine, he had an idea what it was about — he won $1 million.

“I listened to the voicemail and I pretty much almost lost it inside the van,” the Toledo resident said during a press briefing with DeWine on Thursday. “I was overcome. Nothing like this ever happened to me.”

COVID Cases in U.S. Fall to Levels Not Seen Since March 2020

Confirmed coronavirus cases in the United States have fallen to levels not seen since March 2020, according to an NBC News analysis — and experts say they expect case counts to stay low through the summer.

Cases first surged in March last year, driven by a wave in New York City. That first surge peaked in April, then gradually decreased to a seven-day average of 19,000 cases June 1, 2020 — and would not fall below that threshold for the next year. On Wednesday, the seven-day average was 16,860, the lowest since March 29, 2020.

COVID-19 Cases Are Falling, but Experts Say Kids Should Still Get a Vaccine When They Can. Here’s Why

As a pediatric infectious disease specialist, Dr. Amy Edwards has fielded a lot of questions from worried parents during the pandemic. As case numbers drop — among children, COVID-19 cases have fallen to levels not seen since October — the question she’s getting is: Do younger children really need to be vaccinated against COVID-19 when a shot becomes available?

Her answer is yes.

Experts say vaccinating young people is an integral part of protecting the broader community from COVID-19, and although serious disease among children is rare, they need protection, too.

“The truth of the matter is, kids wouldn’t have to get vaccinated if all the adults would,” said Edwards, who is the associate medical director of Pediatric Infection Control at UH Rainbow Babies and Children’s Hospital in Cleveland.

One of the most significant events of the last two decades has been largely memory-holed: the October, 2001 anthrax attacks in the U.S. Beginning just one week after 9/11 and extending for another three weeks, a highly weaponized and sophisticated strain of anthrax had been sent around the country through the U.S. Postal Service addressed to some of the country’s most prominent political and media figures. As Americans were still reeling from the devastation of 9/11, the anthrax killed five Americans and sickened another seventeen.

As part of the extensive reporting I did on the subsequent FBI investigation to find the perpetrator(s), I documented how significant these attacks were in the public consciousness.

We now know when and where vaccine clinics will be taking place at Upstate breweries, and they’re coming up fast.

It’s all part of a plan we first told you about last week, where DHEC hopes to bring the COVID-19 vaccine to public events to boost vaccination rates among the younger population.

One participating brewery tells FOX Carolina that DHEC will take over a portion of their building where people can get either the Johnson and Johnson vaccine or the Moderna vaccine. 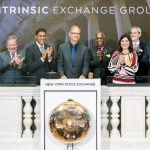